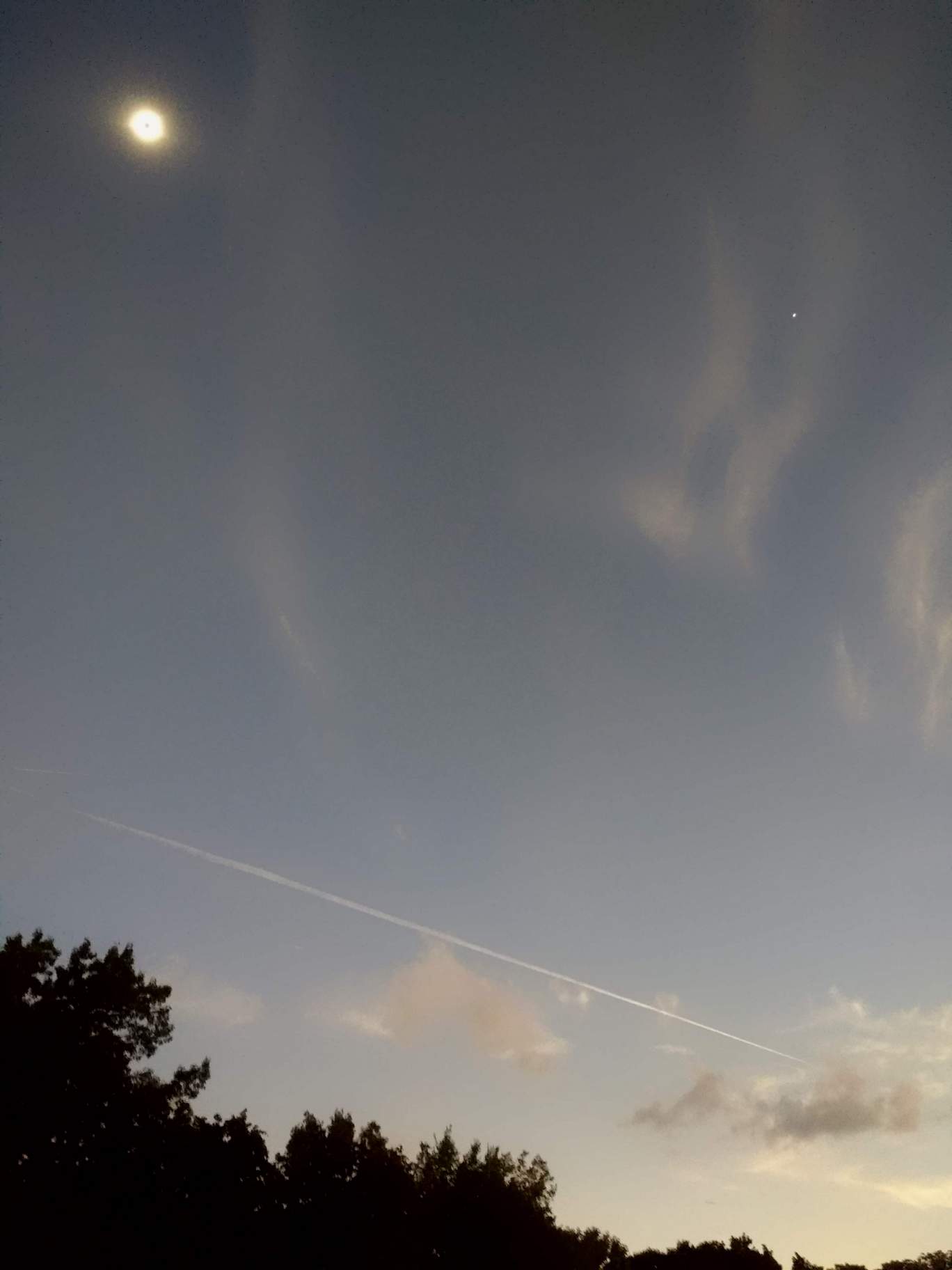 I’ll admit, I did not even know there was going to be a solar eclipse this year until my friend E, who is a private pilot among many other things, told me about it several months ago.

Apparently, aviation enthusiasts from all around the nation had circled August 21, 2017 long ago on their calendars. E was even planning on flying to Nebraska with a friend to view the astronomical event, but was concerned that the skies might be so congested that he might not be able to land. (“Worst case,” he said, “is that we’ll have to view the eclipse while up in the air.”)

“Why is it such a big deal?” I asked. After all, don’t eclipses happen pretty regularly? I thought back to the lunar eclipse over Volcán Barú while I was hiking in Panamá, and another one that coincided with the Winter Solstice.

E patiently explained that a solar eclipse is nothing like a lunar eclipse or even the Transit of Venus. Firstly, the entire sky would change color. Secondly, it would last only a couple minutes instead of hours as in the case of a lunar eclipse. Thirdly, a total solar eclipse was only last viewable from the contiguous United States in 1979—a whopping 38 years ago when Jimmy Carter was still president and the year Magic Johnson was drafted by the Los Angeles Lakers.

Therefore, I must have never seen a solar eclipse before (as much as my faulty memory wanted to believe that I had seen one sometime during grade school). Certainly, I had not seen a total one. This years’ solar eclipse presented a good viewing opportunity, as Fort Collins was within a few hours’ drive of the so-called “totality band” that passed through Wyoming and Nebraska.

Then Maureen told me that she would be back in St. Louis during the alignment of the sun, moon and earth. Not only did I want to watch the eclipse together with her, but St. Louis was right on the northern edge of the totality zone. Perfect—I’d fly out to St. Louis instead of driving over to the Cowboy or Cornhusker States.

Watching the Total Solar Eclipse from South of St. Louis

Totality was projected to occur at 1:06 p.m. CST, so we started driving towards Festus—about 35 miles away from St. Louis—at 10:30 a.m. Highway traffic was remarkably light. The highways were much less densely packed than expected considering how back in Colorado, there were predictions of a epic traffic jams along Interstates 25 and 80 going into Wyoming.

We desperately needed food for our bellies so we stopped at Thai Rama in Crystal City (next to Festus) for curry. “Trying to see the eclipse?” asked the waitress as we positioned ourselves next to a big window. That was the only mention of the eclipse in the restaurant until one of the other patrons went outside with special viewing glasses, looked up, and then came back to say, “the sun looks really cool!”

We then headed a few miles north to look for open park space. By this time, totality was about 20 minutes away so we settled upon a grassy area at the Union Hills Golf Course in Pevely, Missouri.

Four or five elders were sitting on a bench nearby, gazing at the sky. “Need any eclipse glasses?” one of them shouted out to us. I had already purchased and brought two of our own, but it was very thoughtful and generous of the lady to have extras on hand.

Then Maureen and I lay on the grass and looked up. Through the protective, dark lenses, the sun took on the appearance of an orange, crescent moon. As totality got closer and closer, the crescent became thinner and thinner. Yet, there still seemed to be full daylight—at least it seemed much brighter outside than a typical overcast day.

Speaking of clouds, we were lucky. There were practically none to obscure celestial bodies.

As 1:06 p.m. ticked by, totality still had not set in yet, suggesting that the forecasters at NASA were slightly off with their calculations. It was interesting to listen to the animals, though. I had read that during total solar eclipses, animals get very quiet. But where we were, the crickets got noticeably louder. So did the birds.

Finally, at around 1:17 p.m… it got dark! Not pitch black, but equal to the waning moments of a sunset. It also became dark enough to activate the night-triggered lights around Union Hills.

The sun—now covered enough to safely remove the eclipse glasses—looked like a white ring of light. Not far off to the right was Mercury, which is normally too close to the sun to be seen but was remarkably bright today.

Below the sun and planet was a white streak left by an airplane. The whole sky looked surreal.

As advertised, totality lasted for little more than two minutes. As the sun peaked out from behind the moon, the birds began chirping even more vigorously as if a new day had begun. The air temperature was noticeably a few degrees cooler, too.

We hung around to gaze at the sun with the eclipse glasses for a while longer as the sun began to morph back into the shape of a croissant. We stayed until the sun was appeared one-third full again.

Afterward, we drove back to St. Louis, and traffic was still remarkably light. In contrast, some friends from Fort Collins later reported that it took a whopping nine hours to drive back from (versus three hours to drive to) Wyoming with all the cars on the road.

Whatever the case, it seemed like everyone who had traveled a long distance to see the eclipse agreed it was well worth it. It truly was a big deal.

Here is a time-lapse video, sped up 5X, of the total solar eclipse as seen from our vantage point in Pevely, Missouri.