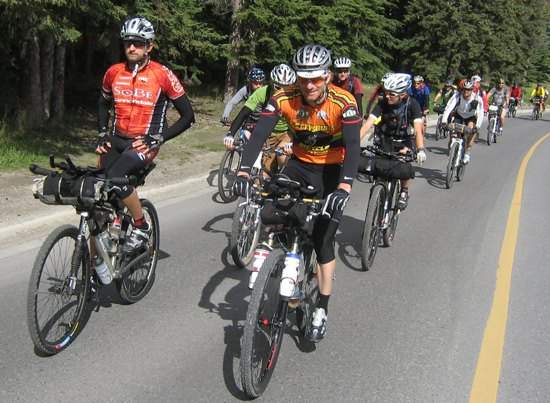 How time flies. The Tour Divide was 10 years ago today. Back when we were all using paper maps (and consequently getting lost every day) and bikepacking racing was a new, novel thing.

My memories include: hike-a-bike over snow for hours, hopping over hundreds of downed trees, being attacked by thousands of mosquitoes, and having serious mud jamming since I wasn’t using disc brakes. I ran out of food in New Mexico.

10 years ago today, a very small group of us set off on the inaugural Tour Divide Race. Thankfully this monumental bikepacking event was documented and became the film, Ride The Divide.

To commemorate this special occasion, High Definition Downloads and Streaming have been greatly reduced on the Vimeo platform making it possible for anyone around the world to easily watch and own this film that started it all…

Nowadays, ultra-distance, self-supported, cross-country bikepacking races are relatively commonplace, if still very much a fringe sport. But the Tour Divide was race that paved the way for them all. We were the first. Eight of the 17 of us finished. I crossed the border as #6.