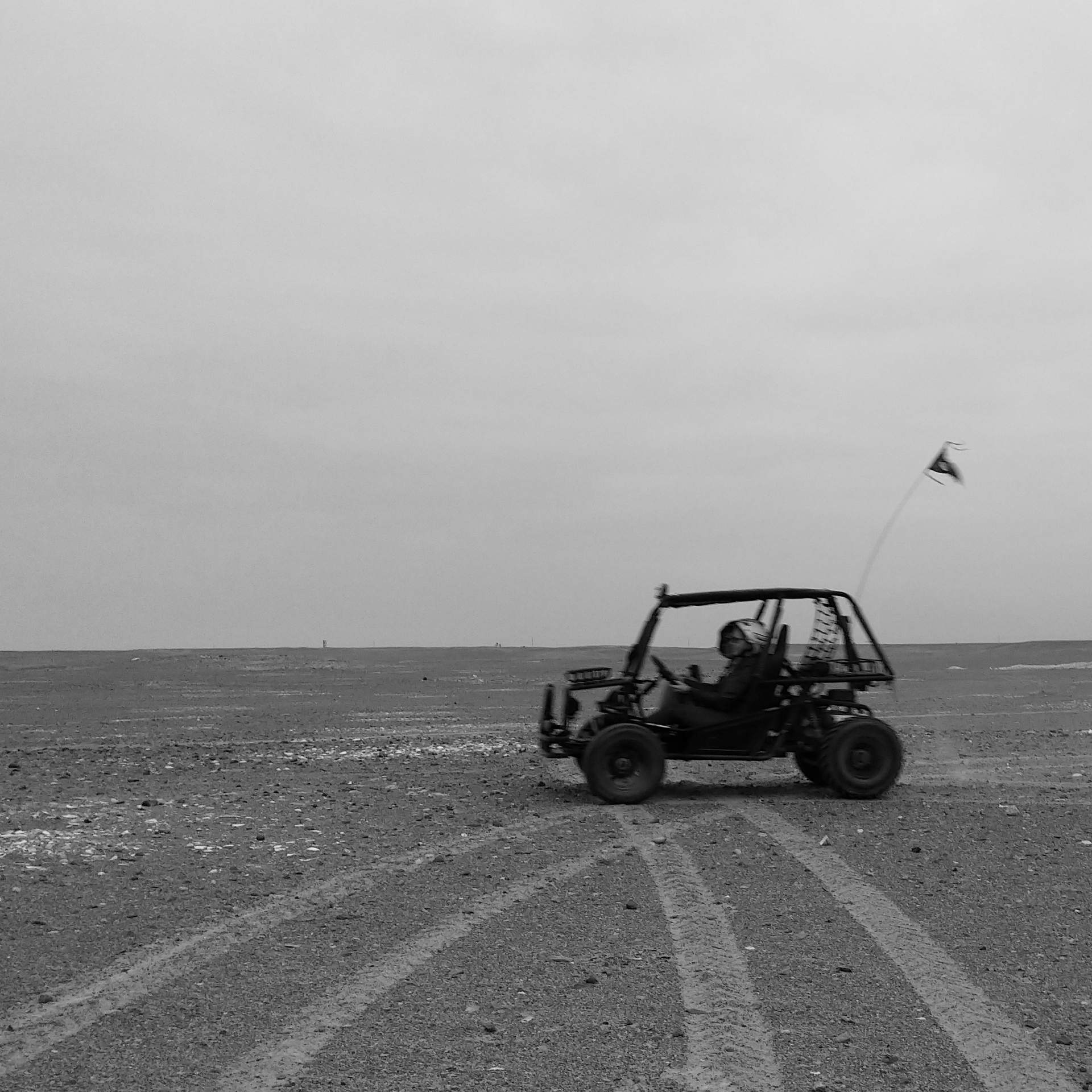 We had just ambled past a beach in Paracas, Peru when a guy approached us about renting dune buggies from his shop.

“Twenty dollars per hour,” he indicated. I can’t remember if that was for one or two dune buggies. It did include a guide on his own all-terrain vehicle to show us where to go. It also included gas. Insurance? Haha, what insurance? In any case, this was a deal. We were in.

Matthew and Teresa rode in one while Mel and I went in the other. I think this was the first time for any of us driving or riding in what was basically a roll cage on fat, knobby tires with a gas motor mounted at the back. And rudimentary shock absorbers.

How did it feel like? It was a lot of uninhibited fun, especially in the wide open sand dune park which looked a lot like the moon and not another soul was stirring about. Kind of like a go cart, but out on public roads and sand.

One thing I do wish I brought were sunglasses, as sand and debris were pelting the eyes.

“I see why in Colorado, eyewear is mandatory for riding motorcycles even though a helmet is not,” I said to Mel.

Another thing that could have been better was the dune buggy Mel and I drove. It must have had a carburetor or tuning issue since sometimes when opening the throttle the entire way, the motor would sputter or simply not accelerate as expected. During those times, this sand-gobbling quadracycle felt about as sprightly as the Sears lawn tractor my dad liked to weave around the back yard while I was growing up.

The buggy never left us stranded, however, so we were all smiles.