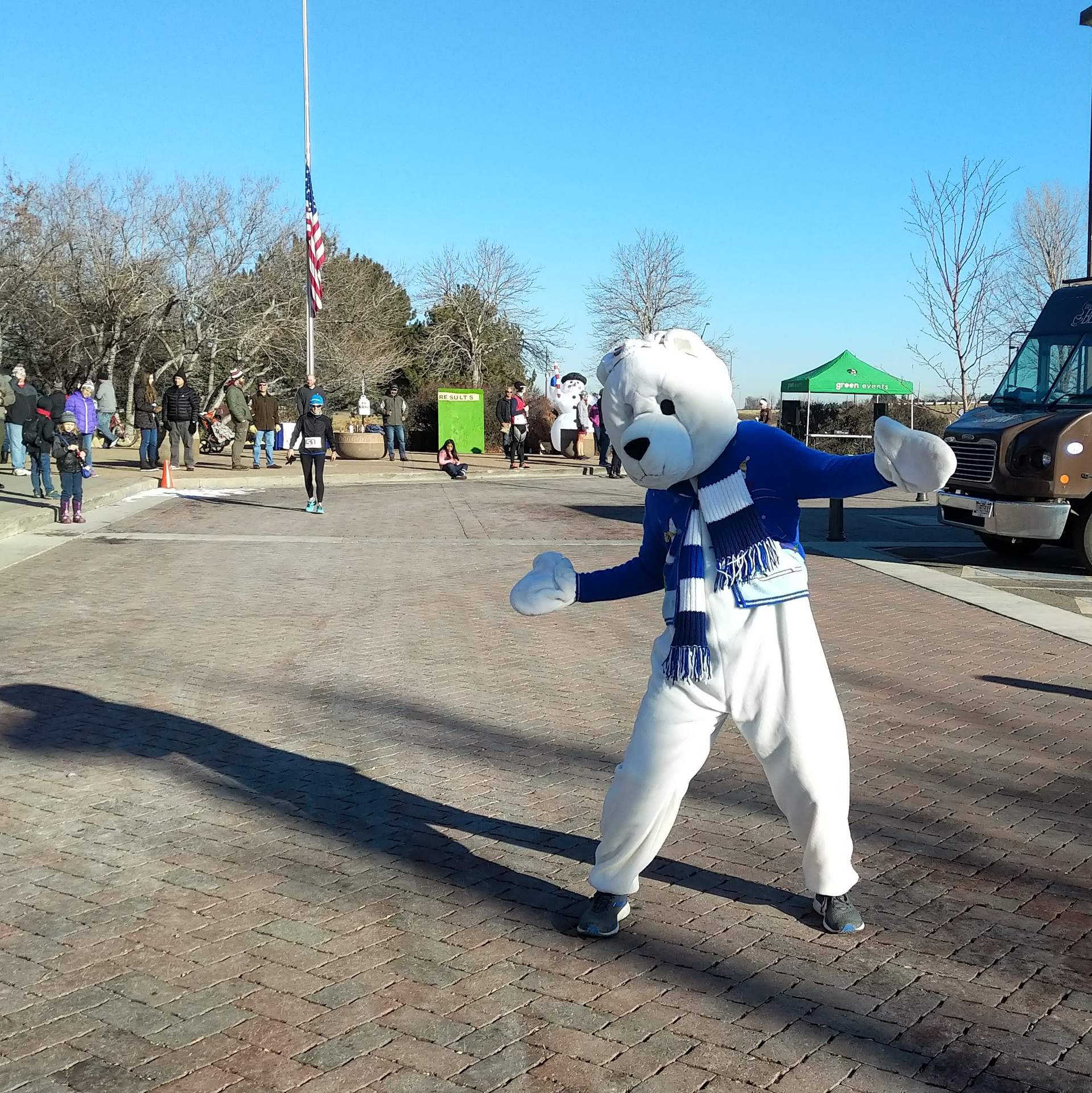 “If we can get to 15 [people on our team],” my friend Tammi posted on the online forum for our running club, “everyone gets a sweet Santa hat!”

That seemed like a good incentive to run in this year’s Sweaty Sweater 4 Mile race—not that hanging out with some of my favorite Fort Collins Running Club members was an inadequate one. Besides, the race course would get within two miles of my neighborhood, making it the closest athletic event to home aside from, say, those of the Do-It-Yourself variety like the 50-mile run that Alene and I did in August.

It turned out to be one of my better run performances of the year. I started out slower than in last month’s Tortoise & Hare race, which may have helped prevent getting the same type of side stitches in that race. After the first mile I settled into a good rhythm, running alone aside from briefly running next to a 50-ish guy named James, who ultimately made a decisive pass after Mile 1.5.

Then I was on cruise control for a long time. At exactly five kiometers, the Garmin read 21:01 That was the fastest I had run that distance in 2018, but nevertheless I groaned seeing how close I was to going sub-21 for the first time in over two years. (If there were not 0.9 miles to go, I’m sure I would have.)

But another disappointing thing was it was clear the people 10-40 seconds ahead of me—including the quinquagenarian and my friend Jen (second female)—had slowed by maybe 20 seconds per mile, and yet I couldn’t speed up. I only could turn on the turbo boost with about 800 meters to go.

I crossed the finish line in 27:14 (6:50/mile), which was good enough for an age group award. Even better, a bear grabbed my arm and started to dance moments after. It turned out to be my friend Chris. Haha!

The awards were super cool too: bottles of South African Pinotage dressed in Christmas outfits.

Green Events puts on some of the best races in the area. I like how most of their events have some sort of interesting “twist” to them instead of merely being about running (and beer). E.g., the sweater “fashion show” after this race.