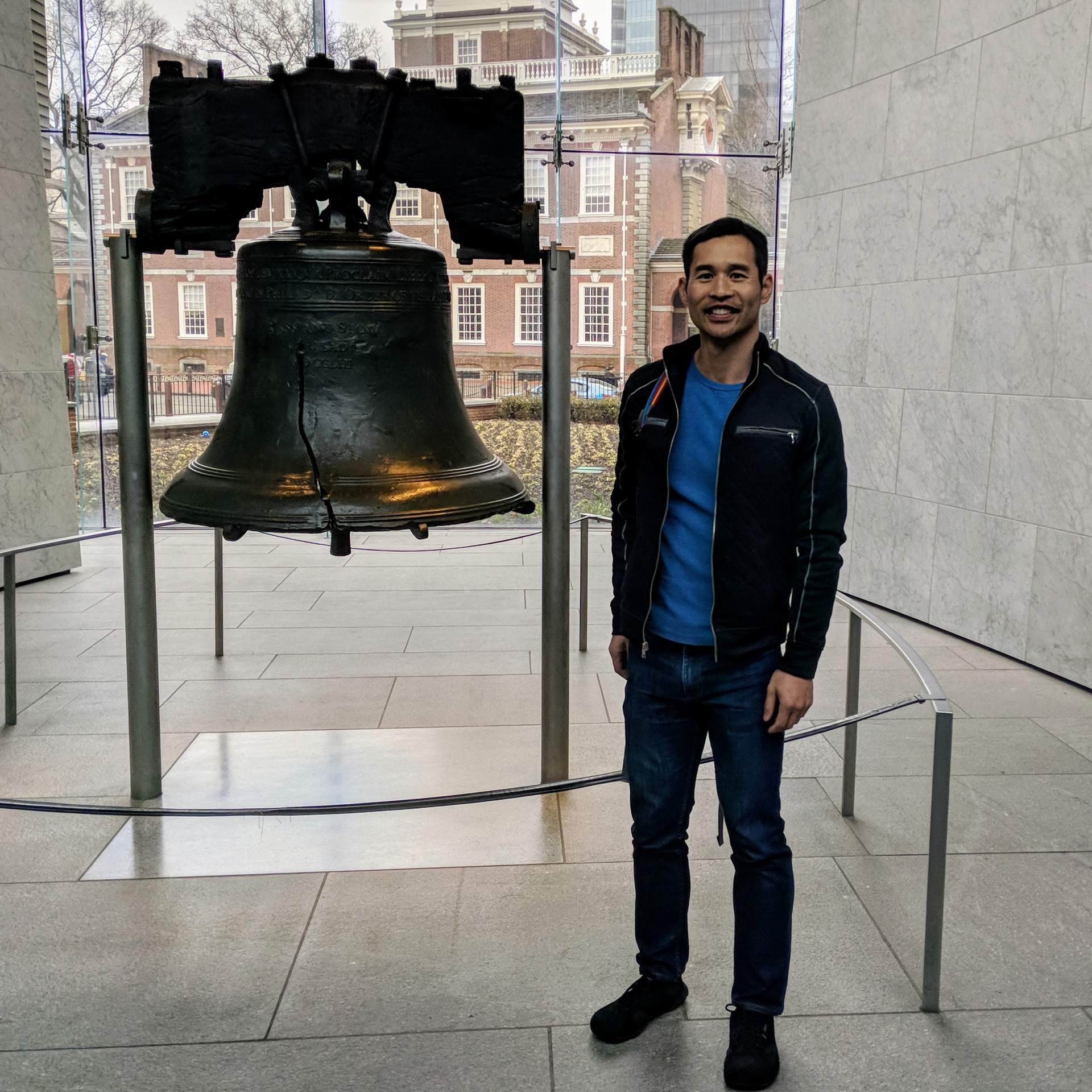 Sixteen hours. That’s how much time I had to tour Philadelphia as PHL was a transfer point on a cheap American Airlines flight to England. That was less time than during the last time I visited Philly—and even fewer still since I ended up napping for a couple hours in the airport after disembarking a red-eye flight from Denver. Sleeping for 3.5 hours on the plane—despite being more than 90% of the flight time—was simply insufficient, especially when considering the following night would be spent on a jet too.

What to do and what to see? For sure, I wanted to see the Liberty Bell, which I missed out on the last time. Eating a Philly cheesesteak seemed like a must. Paying another tribute to the Rocky statue and walking up the Rocky steps at the Philadelphia Museum of Art also seemed like a good idea, having watched Creed II a couple months ago. What else?

If you cannot already tell, I did not do a whole lot of planning ahead of time. Which is one reason why I was caught off-guard upon arriving at PHL and only then realized that Google Maps could not offer any mass transit directions for the metro area. (Philly has been the only major city I have visited in the last five years where Google Maps did not seem tied into the public transit system. I should have remembered there was a good reason why I took an Über from PHL to downtown 2.5 years ago.)

Ah, but walking a bit further in the airport revealed some big signs saying “Train to City Center.” After finding a functional train ticket machine (one was broken so I had to find another one about 200 yards away), I was off to downtown… if only I could figure out where to get off.

A stop near City Hall should be close enough to plenty of things to do and see, I figured. Bingo. It was.

These are the activities I ended up doing before heading back to the airport:

One interesting piece of news regarding Philadelphia was that only three days prior to arriving there, it became the first city in the United States to ban cashless restaurants. The city government had decided that being cashless was discriminatory against certain populations—like the poor or the young—who did not have debit or credit cards. On the other hand, not having any cash on the premises makes an establishment safer, since it becomes a much less enticing target for robbery.

I personally would have been fine with cashless only, being loathe to carry and deal with flimsy bills and clanky loose change. Indeed, the only time I dispensed with any cash in Philadelphia was to help out a couple vagrants. Philly is the City of Brotherly Love, after all.