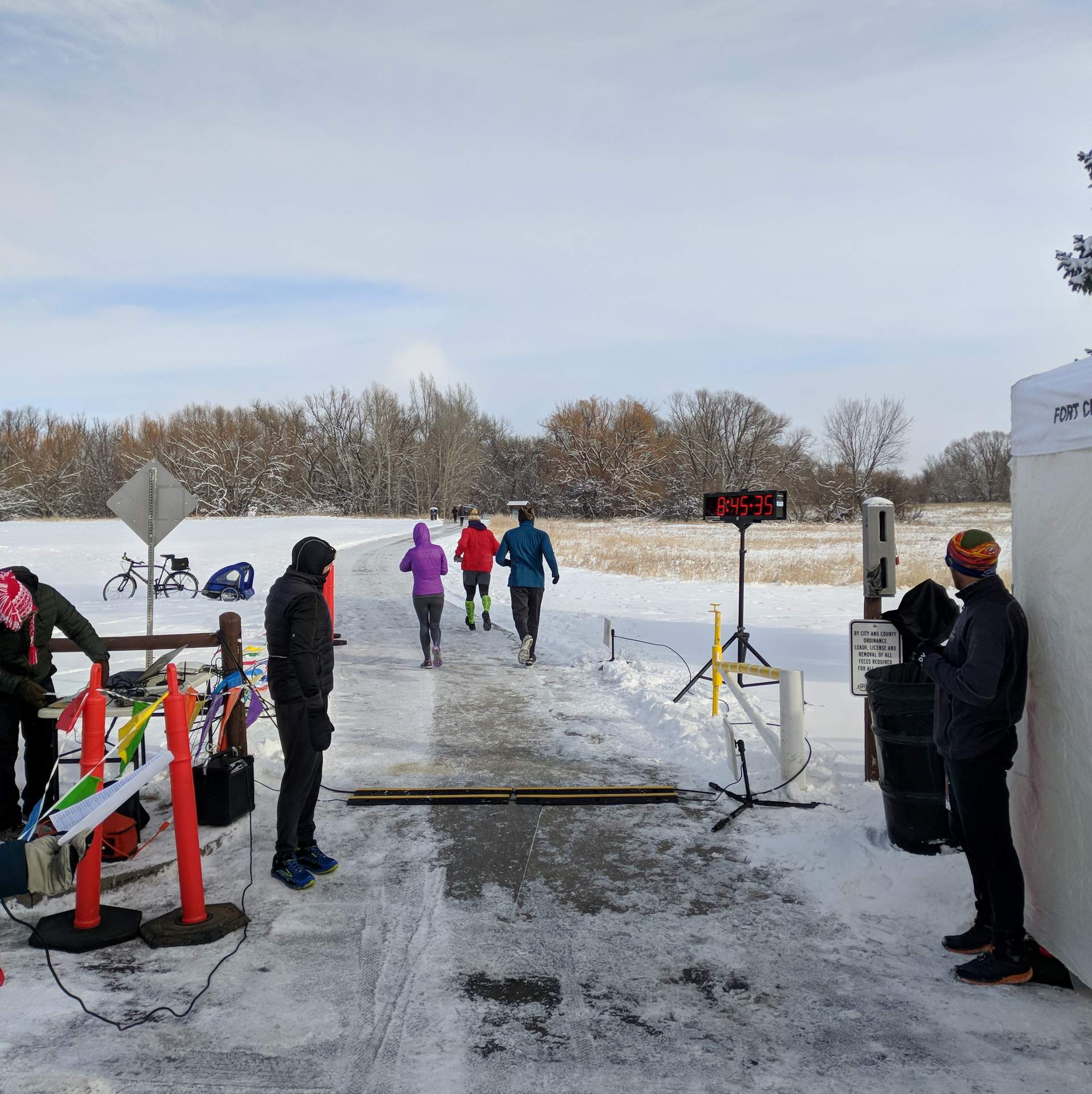 “I’m not going to worry about my time in this one,” I said to a friend at the start of the 2019 Lee Martinez Park 10k Tortoise & Hare race. “The trail seems very slick.”

Indeed, in all my years in Fort Collins, I cannot remember there being a day in March when the high temperature was forecast to be only in the single digits Fahrenheit, and the low temperature being -9F. When I drove over to the park the car’s dashboard reported outside temperatures of 1F, and after the race, 2F. So the temperature never really went up around my start time of 8:55 a.m.

But with an outfit made up of a long-sleeved shirt, semi-thick furry jacket, gym pants, two pairs of socks, a fleece hat with integrated face mask, and two pairs of gloves, the run felt comfortable temperature-wise. It really helped that the sun was shining brightly. Also, I think chemical hand warmers were key.

What was definitely an issue was the slickness of the trail. I never really figured out what was the best line to take. At first I tried taking the tangents to ensure the shortest distance, but that often meant landing on super slick regions. Aiming for the scattered patches of dry pavement, on the other hand, required zigzagging or altering leg stride.

The line that offered the greatest traction seemed to be one where a snow-plowing vehicle left an icy and deeply ridged tread-mark. The downside of that was it was kind of a crunchy, and therefore inefficient, surface to land and spring off of.

In conclusion, there really was not an optimal line that approached what I could have run with a perfectly dry trail. The first and last mile in particularly were a little treacherous, akin to ice skating. Lots of runners were slipping, and I let out an “argh!” a few times when this happened to me. I didn’t see anyone go down (and stayed upright myself), although I heard a couple people fell and even turned back early due to that.

When it was all said and done, my final time was 46:18, or about two minutes—or approximately 20 seconds/mile—more than my computer-predicted time. Another runner who coaches and is fast estimated the course resulted in a pace 20-30 seconds/mile slower for him too, so I think it was a pretty good effort.

Not that I was going to worry about my time for this one, anyhow.