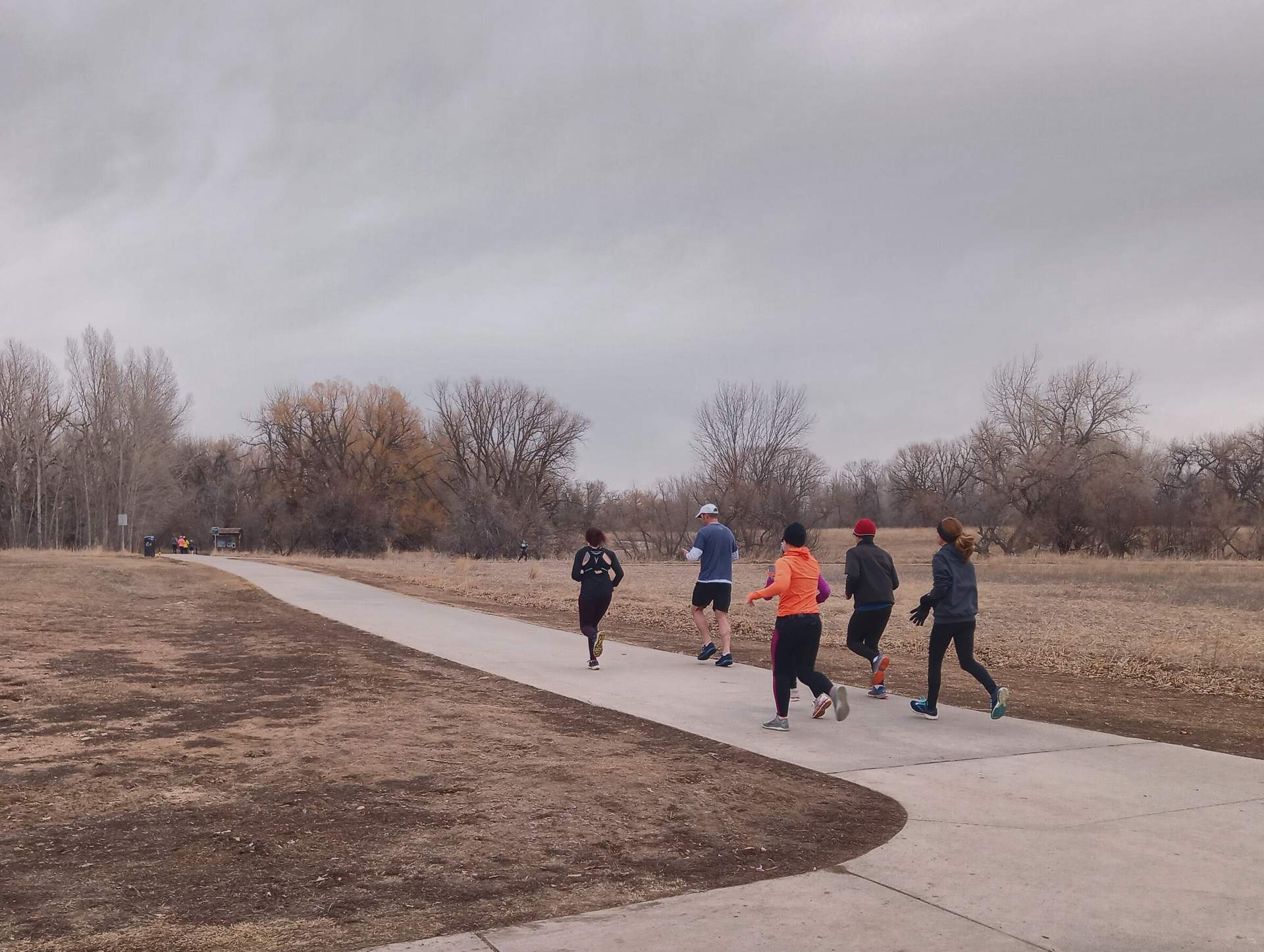 “As noted in last week’s newsletter,” wrote Nick Clark, the long-time volunteer race director of the Fort Collins Running Club’s Tortoise & Hare race series, “the pacing goal should be negative to even splits (a slightly quicker second half). Try and pace those first two miles at Lee Martinez on Sunday at a couple seconds slower than goal, the middle two right on goal, and look to make the last two miles your quickest of the morning.

“And, believe me, nothing feels better than a beautifully executed pacing plan.”

Sounded like a good plan to me—especially since my legs were not 100% fresh after doing the Gould Snowshoe Stomp race the day before. So instead of my usual jackrabbit starts, I passed the first mile marker breathing easily with 7m20s elapsed—one of my slowest ever starts in a 10-kilometer race. I continued at that pace while concentrating on hitting all the tangents on the Poudre Trail. That was possible until about a mile from the turnaround point, when there were too many runners on the trail to make optimal use of every inch of concrete.

Then, after the turnaround cone, I tried (more or less successfully) to pick up the pace. The second half was a 1% downhill, which aided the effort. So did the half dozen runners who were faster than I am catching and passing me in this staggered-start, fastest-runners-go-last race.

Yesterday in the snowshoe race I was kind of bummed I didn’t get an opportunity to sprint all-out due to the course being short, so this time, I was resolved to spool up the turbo right before the final turn with 300 meters to go.

Almost! I had to abruptly put on the brakes as the finish chute got backed up with a lot of runners. Still, once I clicked STOP on the Garmin, I was pleased to see my final time be comfortably under 45 minutes and the overall pace read 7:10/mile. Negative split for sure.