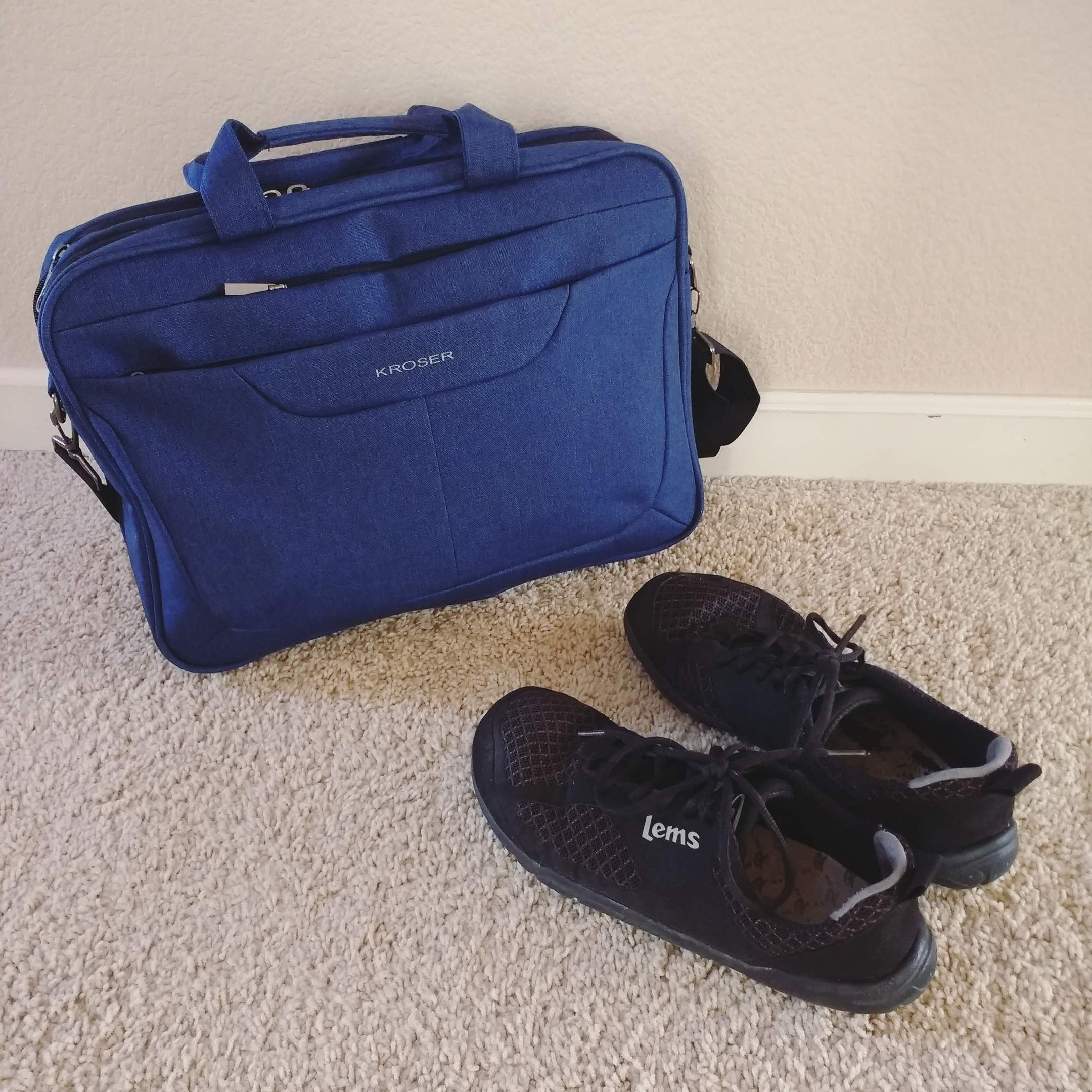 Travel is usually fun but is definitely not without its headaches. One such headache became amplified after 9/11 and other terrorist acts that caused the Transportation Security Administration (TSA) of the United States to implement a slew of draconian rules before you board a plane.

Those long tubes of toothpaste? They could house ingredients for a bomb! Ditto goes for that shampoo of yours that smells suspiciously like a coconut. If you even dare try to bring it on the plane, be ready to show it to those TSA agents in your sandwich-sized Ziplock bag.

Whether all these so-called safety precautions amounts to anything more than theater is debatable, but the inconvenience they cause is real. To avoid some of the hassles including not having to remove shoes, laptops, liquids, belts and light jackets when going through the security checkpoints, you could pony up the $85 for five years for TSA PreCheck or, even better, Global Entry ($100 for five years). In fact, I highly recommend that you do so especially if you hop on a commercial airline more than a few times a year.

But maybe you don’t want to go through that hassle—the one of signing up—or would rather save your Benjamin Franklins. To that end, there are lots of things you can do to make getting through airport security easier.

One of the best things you can do to breeze through the TSA line is to not carry any liquids to have to take out of your bag. This is totally doable considering there are good solid substitutes for most toiletries.

Below are examples of what I carry in my travel bag.

These Archtek toothpaste tablets are great! You just pop one in your mouth, chew it without swallowing, and then brush your teeth. The tablets taste like toothpaste and foam like them. You can try making your own toothpaste dots, but it is easier to buy them. They come in large bottles of 60, but I usually pack them in an empty Tic Tac dispenser.

An alternative I have not tried but have recently seen advertised are Bite toothpaste bits. Their raison d’être is to reduce plastic waste (they come packaged in glass jars), but the product seems similar.

Having the consistency of wax, Rusk hair putty passes the “common sense” test of whether it is a liquid or not: open the container, turn it upside down, and see if anything drips or runs out. No? It’s a solid!

I like this stuff not only because a little bit is very effective, but it smells great and is easy to wash out. Also, the Environmental Working Group’s Skin Deep database gave it a safety score of 4 (moderate hazard), which was the lowest I could find for a product in this category.

The Neutrogena sunscreen stick looks and is applied like a deodorant stick. It’s less messy to put on than sunscreen lotion. At $12-14 they are kind of expensive, but if you only use it for travel, one stick will last you for years.

I got the Ultra Sheer version because that’s what I was able to find at the local drug store at the time, but it has a rather high EWG toxicity score of 7 (high-risk). I’d recommend getting one with a lower score—there are many available, even by Neutrogena.

I don’t bother to carry soap or shampoo since just about everywhere I travel to has them. (The same usually goes for lotion.) If you are so inclined, you could use bar soap which can easily double as shampoo too.

Use soap, body wash, or conditioner instead—which your destination lodging will most likely have.

Instead of carrying a liquid lotion, you can carry Aquaphor healing ointment instead. This is good for chapped skin or lips. It has the consistency of petroleum jelly, which might be technically a liquid despite passing the upside-down test, but the quantity shown above is so small (.25 ounces) that TSA would not care. At least I’ve never been questioned about it. You can find this in any drug store.

Use a TSA Checkpoint-Friendly Laptop Bag

I really like this Kroser laptop bag. It’s light, it looks good, has plenty of pockets, and costs only $20. Most importantly, it has an ingenious separate compartment for your laptop or large tablet that you can unzip to pass through the airport security checkpoints without removing the computer from your bag! (In the short clip below, the laptop compartment is on the right.)

The laptop also has a convenient small storage pocket on top for you to quickly deposit your phone and wallet into when passing through the airport security checkpoints.

Wear a Belt With No Metal

I initially bought the Thomas Bates Belt as a TSA-friendly travel belt, but it has since become my favorite belt of all time for just about any occasion. Here’s why:

I got the navy blue one since I normally wear jeans. They are sold in other colors as well.

The only pants I probably would not use with this belt are dress pants. For dress pants, it might be better (more fashionable) to wear a more formal belt.

Wear a Watch With No Metal

Of course, you could not wear or bring a watch in the first place. But I like to wear a watch while traveling not just to keep track of time and have an alarm on my wrist, but to record workouts—particularly the routes I walk, run, or ride through cities. I also appreciate receiving notifications of new text messages.

The Garmin Forerunner 35, which resembles an Apple Watch but has much longer battery life and more limited functionality in exchange for a much lower price, has been strapped to my arm for the last 2.5 years. It also never sets off a metal detector. Sometimes the TSA agents ask me to take it off before stepping through their scanners, but more often than not they don’t.

So far my go-to shoes for traveling have been the Primal 2 made by Lems, a company specializing in minimalist footwear that’s based in Boulder, Colorado.

The shoes are quick to take on and off and are comfortable. More importantly, I can use them for all occasions. They are, in fact, the shoes I use for doing training runs and hikes back at home, and look good enough (particularly in black) to be worn to all but the most formal of dinners.

They wear like iron (about 1400 miles of running and hiking with my last pair). They also dry quickly and I like how the leather sides are tall enough to keep your feet dry if you step in puddles no deeper than a centimeter or two. I normally pack a shoe brush to keep them clean (the shoe brush is also useful for brushing sand off your feet and legs or off your pack).

I even successfully walked across the entire country of Spain using the Lems!

Most people might prefer having more cushioning than the Lems provide. I’ve been musing the idea of trying some Hoka One Ones for travel instead, which would still be lightweight, good to run in, and provide more cushioning for walking/hiking. I have yet to find a good-looking pair of Hokas that I wouldn’t be slightly embarrassed to wear to a nice dinner, however.

If you must wear boots or any other shoe that require untying to remove them, you should get a pair of cheap cord locks. They are much quicker than having to undo and retie shoelaces.

Please drop a line in the comments below if you have any suggestions for an all-purpose travel shoe or travel gear that makes airplane travel less of a hassle!

Once again you are brilliant. Denny is going to love his no metal belt I am getting him for his Birthday. He hated taking his belt off, his pants fall down. LOL! This is awesome. Also I tried traveling with no drip peanutbutter. No go, they took it away. Haha. I packed my unopened peanutbutter in my carry on, I was going to put it in my checked bag but forgot. They were adamant it was not going with me even after explaining it was unopened. Are your no drip-dry items smaller than 3oz.?

Thanks Felix, you're the best! ↩ Reply

HI Tammi! Denny will love your gift, I am sure! So funny, I forgot to mention it in the article but a few years ago TSA made me take my metal-buckled belt off before stepping into the porno-scanner machine (I forget what is the correct technical name for it). Then before I had to raise my arms, they told me to "pull up your pants" because without the belt it was too droopy.

They confiscated your peanut butter? They're ridiculous; peanut butter (at least the non-old-fashioned kind where the oil doesn't separate) is not a liquid! Who knew Skippy could be so dangerous?

In all seriousness, I've never had any no-drip-dry items smaller than 3 ounces (like lip balm, or Aquaphor petroleum jelly) get confiscated, nor have TSA agents ever demanded that I take them out of my bag.

I also think there is some subjectivity with their confiscation standards. I once bought bottles of jerk sauce and hot sauce in Jamaica, forgetting about the 3-ounce liquid rule. When I got to the US and had to run the carry-on through airport security, the TSA people conferred about both. Ultimately they decided the hot sauce was a liquid, but the more viscous jerk sauce was not. Never mind that I thought the jerk sauce was a liquid (of course I kept my mouth shut) as it would not have passed the drip-out-when-upside-down common sense test and that ?sauce? is by definition a liquid! ↩ Reply