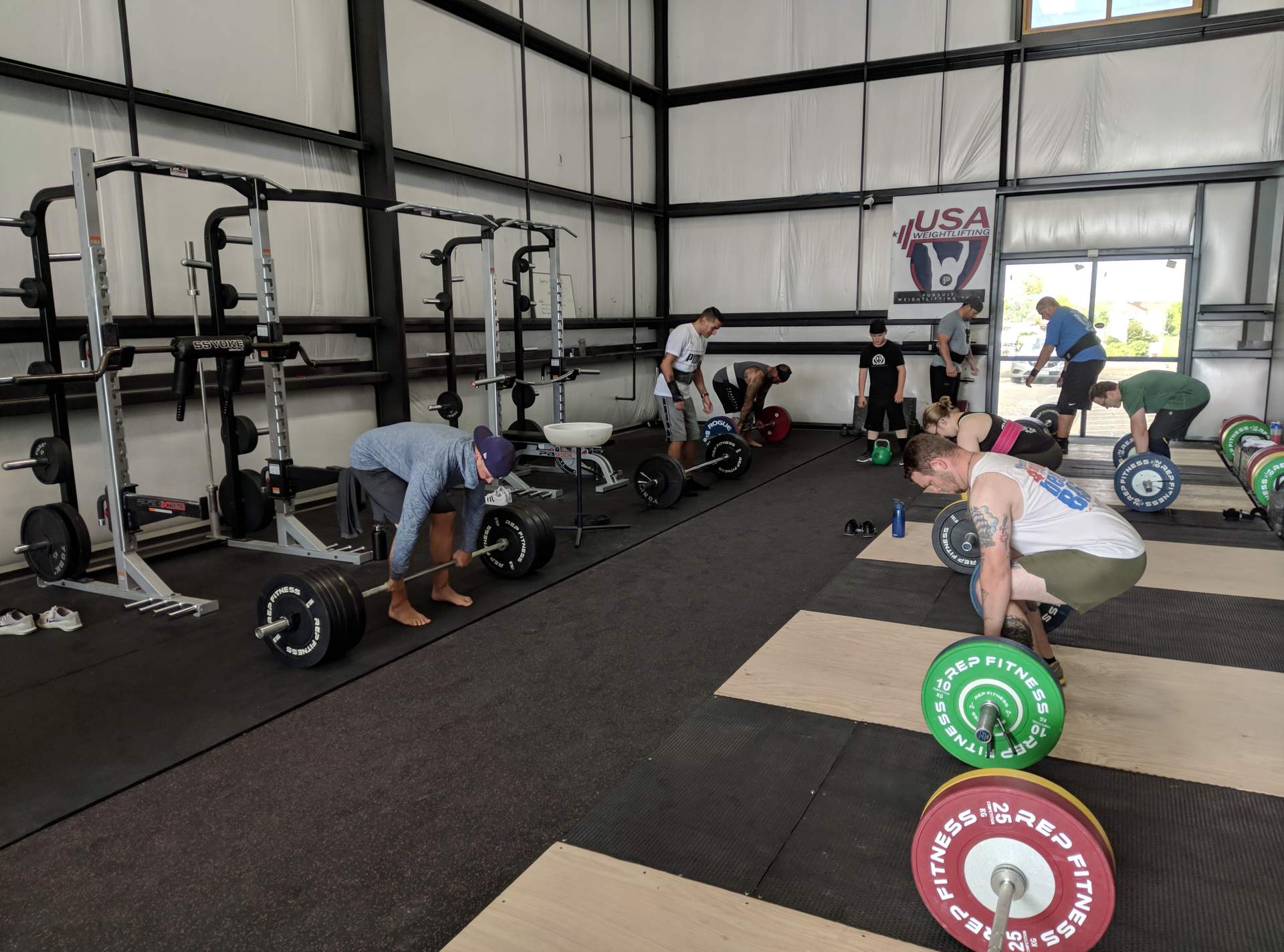 People have all sorts of interesting ways to celebrate their birthday. For example, I once jumped out of a 100% functional airplane over fertile grape fields in California for one of mine. Alene likes to run distances more suitable for a car on hers at unorthodox places, be it the cemetery or Walmart. A couple months ago, my friend Emily milked a cow to celebrate becoming a quarter-century old.

It must not be too strange, then, that my friend Zack wanted to have a deadlift party to celebrate his. Heck, why not? Zack is a powerlifter and an owner of Pursuit Nutrition & Fitness Center in Windsor, Colorado. If computer geeks can hold LAN (local area network) parties, why shouldn’t the more buff types hold parties to lift weights that are more appropriate for forklifts?

A deadlift, for those of you who don’t know, is the act of picking up weight off the floor to a standing position without the use of a bench or other mechanical equipment. It is more clear to depict it visually, so here is a video clip of the movement we were doing.

But unlike what the animated image depicts, we weren’t repeatedly picking up weight for the duration of the party without breaks. No, that might have been a quick ticket to the nearest chiropractor. Instead, we were doing deadlifts once every 30 seconds for 30 minutes. Before you bust out the calculator, that equates to 60 pulls. That’s quite a bit, especially for the amount of weight we were lifting.

How much were we picking off the floor? Most of us piled plates onto the barbell to equal 1.5X our bodyweight, but some chose to do a little less to prevent injury. In my case, I did 1.5X, or 225 pounds (102 kilograms). That’s a bit less than my max which is probably around 300 pounds, but enough to make this a challenge. Especially since we were doing five dozen pulls.

Obviously, you want to be able to lift with good form so you don’t break your back. For me, the deadlift was usually the most awkward and hence least favorite of the three traditional powerlifting movements (the others being the back squat and bench press). But over the last year, Zack and other coaches at Pursuit have helped me with form so that I don’t feel or look like a fish out of water doing them anymore.

One-and-a-half times body weight for 60 reps in 30 minutes turned out to feel quite reasonable, at least for someone my size. Some of the heavier dudes said they definitely were going to have sore hamstrings the day afterwards, whereas I was able to run 10 miles the morning after without feeling overly fatigued beforehand. This challenge was definitely easier than, say, Murph.

Afterward, we ate pizza and cake. This was a birthday party, after all—even if it was one of the more unique ones I had gone to.