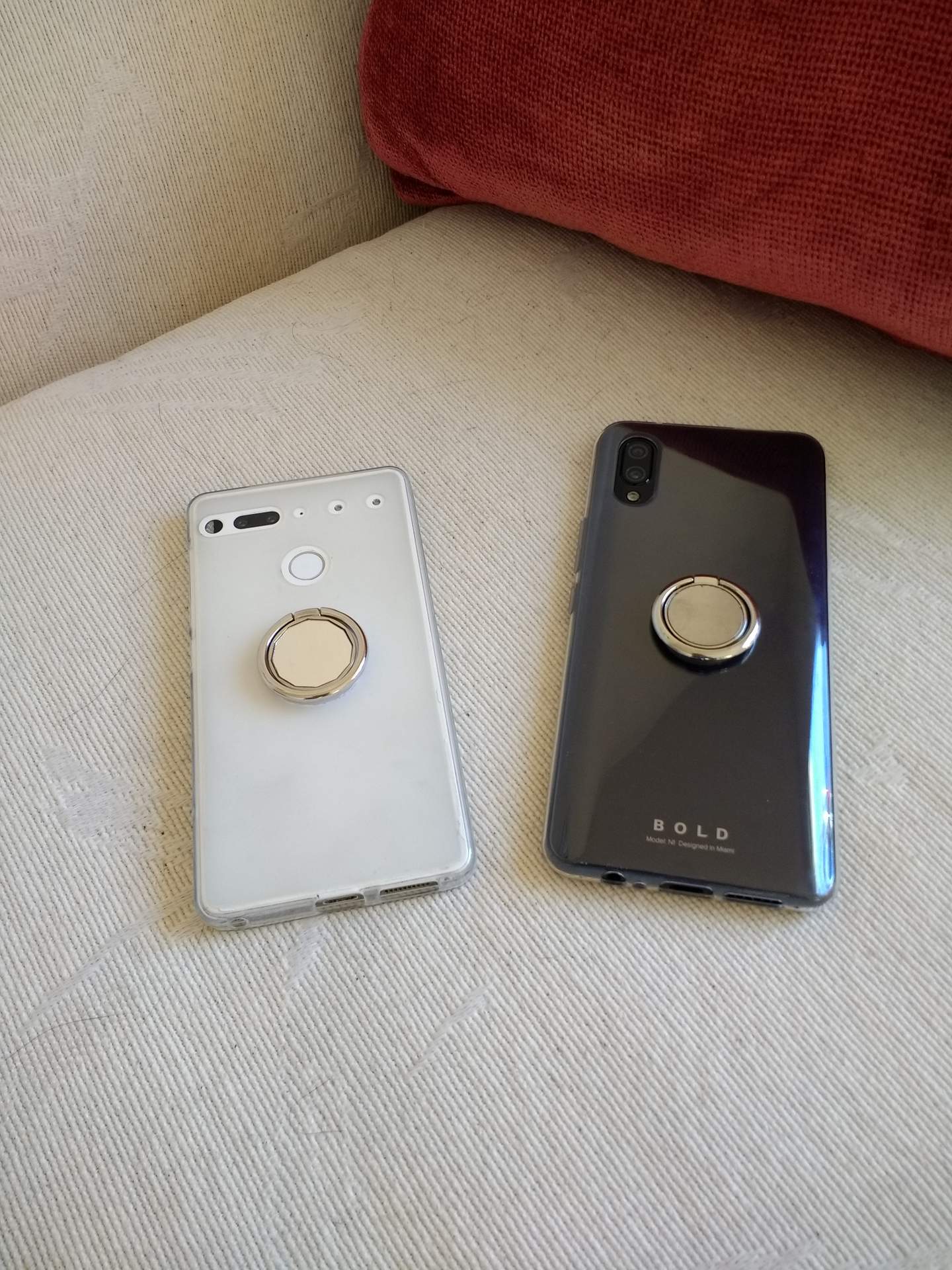 There was a time when I’d get a new smart phone every six or so months. Not only was cell phone technology improving so fast, but there were plentiful options to play around with. Note that this was well before the days of $700, $800, and now $1000+ phones. Decent flagships were available for $600 or less, and often half or even a quarter that on eBay or Swappa.

Then on Black Friday in 2017, I got the Essential PH-1. This was the first phone with a notch, allowing for a higher screen-to-body ratio. Essential was founded by one of the fathers of Android, and the PH-1 had virtually no rival in premium materials (titanium and ceramic). This phone was so good that I’ve now had it for about two years. During that time Essential has updated Android an amazing four times: from Nougat, to Oreo, to Pie, and now Android 10. Essential usually did so on the same day that Google updated their Pixel phones too.

But during those two years, I’ve been waiting for a phone with a true all-screen, no-notch display. Eventually they came, but they were all from Chinese OEMs like Xiaomi and Oppo that were not officially for sale in the U.S. (with the exception of the OnePlus 7 Pro, which is too large and pricey). Those phones also lack many of the U.S. LTE bands we need and have higher SAR (radiation) values than is allowed by U.S. regulatory agencies to be officially sold here. Also, their software has been widely panned.

But then came the Bold N1. Bold is a new sub-brand by BLU, an American company based in Miami that has been selling low-cost, value-rich phones since 2010. Bold is like what Acura is to Honda—a more premium brand. In addition, BLU promises to focus on one or two models per year with Bold, instead of the dozens of confusing models the BLU brand launches. Bold is also committed to releasing one year of next-version Android (e.g., Android 10 from Android Pie) and two years of security updates.

What really caught my attention was the design and specifications for $200 brand new on Bold’s website as an introductory offer (or $250 on Amazon). This included a dazzling 6.4″ AMOLED display with no notch or hole-punch and virtually no bezels, a pop-up camera, wireless charging, and 128 GB of storage space. Those are flagship specs. It has mostly stock Android too.

So far I am really liking the phone. It has a few disadvantages to the Essential, most notably the camera. Or more precisely, the camera processing software, as the Bold N1 actually has a wider-aperture (f1.8 vs. f1.9) main camera and wider-angle selfie camera for arguably superior camera hardware. On the Essential, I could sideload gCam (Google’s renowned camera software for their Pixels) for photos about as good as what the Pixels could produce. I can’t do that with the Bold N1 (I unsuccessfully tried to install two dozen different ports of gCam). The Bold’s stock camera app, while having a huge number of features including AI scene recognition and a 96MP “superzoom” mode, is lousy in my preliminary testing. Photos particularly come out noisy with bad white balance (e.g., have a yellow tint) in less-than-ideal lighting. Its Night Mode cannot produce anything remotely close to gCam’s Night Sight.

To mitigate the camera issue, I installed the excellent Open Camera open-source app. It is harder to use than just point-and-shooting with gCam in tricky lighting situations, but can produce excellent photos using pro/manual modes and advanced features like NR mode (noise reduction) and scene modes. Night scene mode plus noise reduction is particularly effective in dark conditions.

I tested it a lot more during a trip to Paris, Vienna and Prague, and am pleased with photos taken with the Bold N1. Open Camera saves it. I’d even say I prefer shooting with Open Camera than I did with gCam because there is so much more manual control, increasing involvement, intention and fun. It’s like the difference between driving a stick-shift instead of an automatic transmission.

I will be selling the Essential on Swappa or eBay for about $170, making the Bold phone what I consider a significant hardware upgrade for vitually no cost. Hence the purpose of this post: others with the Essential phone—or other 2017 flagships—may want to consider doing so too.

Amazingly, despite the Essential PH-1 being a 2017 flagship phone with Snapdragon 835 and the Bold N1 being a 2019 budget-midranger with a Mediatek Helio P70 processor, their performance is virtually identical! The Bold N1 actually boots up slightly faster and launches some apps faster (barely).

Thank for the review

But next phone will be plastic, a caseless phone. Tired of having nice phones in a case. ↩ Reply

I was using phones without cases for seven years---using a ring stand instead to help guard against my clumsiness---until dropping and breaking the Essential's screen. Unfortunately, while 60% of the Essential's exterior is impervious to damage due to its titanium frame and ceramic back, its Gorilla Glass 5 is still vulnerable. It accumulated some scratches, so after I replaced the screen I am using a case (mainly to protect the vulnerable edges from drops) and screen protector.

I do prefer a plastic back over glass back for the reason you state, though. The Nokia Lumia line of phones particularly had nice polycarbonate backs. ↩ Reply