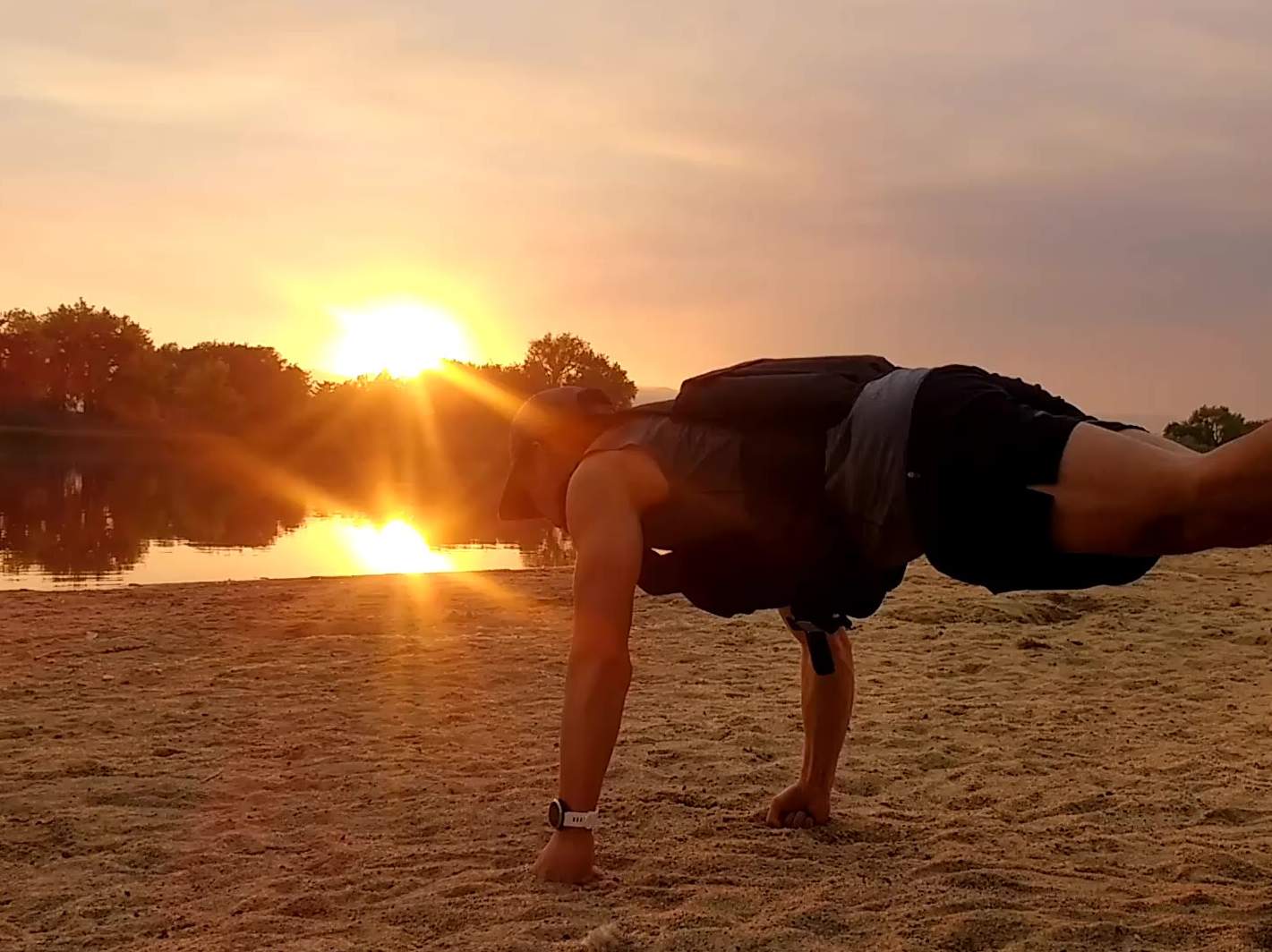 Did you know that there are so many combat veterans struggling with post-traumatic stress disorder (PTSD) that every day there is a significant number of them committing suicide? I wasn’t aware of the numbers until my friend Emily started a fundraiser to Stop Soldier Suicide in August, it was a theme in numerous personal and professional encounters as a nurse.

Then, only a few weeks later, our friend Jennifer commenced a challenge dubbed the 22 Day Pushup Challenge for Veteran’s Suicide Prevention that had been making its rounds on Facebook. The next day she nominated me for it. In turn, I nominated Emily. I thought it was appropriate considering this was a cause near to her heart and that the three of us all participated in last year’s Murph Challenge, which was held in commemoration of a veteran and entailed doing 200 pushups in an hour, along with 300 squats, 100 pull-ups, and running two miles.

Here’s a description of the 22 Day Pushup Challenge, along with its rules:

My friend nominated me to do 22 push-ups a day for 22 days to raise awareness for combat veterans. There are 22 vets committing suicide each day and this is a small way to raise awareness. The rules are simple:

-Once you are nominated, your 22 days start the following day.
-Everyday record yourself doing 22 push-ups. However you do them–scaled to knees, elevated or more than 1 set–is fine. Try your best to do all in one video.
-Every day nominate a new person. Try to nominate those who can do push-ups each day.
-And finally, have fun with this. This is a simple and fun way to get the word out about a matter more people need to be aware. These brave men and women put their lives on the line to protect our freedoms and it’s sad that so many veterans feel that suicide is the only way out.

Obviously, for someone who has done a Murph, this is not exactly a difficult challenge. However, from a physical activity standpoint, it is far from useless despite taking very little time. I’d bet that for most people, doing 22 push-ups a day for three weeks would yield some slight-but-noticeable differences in their perceived strength and physique.

To make it more strenuous for myself, after a few days I started doing them with elevated legs and a weighted vest. The vest weighed 26 pounds for most of the times I used it, but for the last couple of days I used 42 pounds.

The challenge was actually pretty fun and, via nominations, was a way to connect with friends I haven’t talked with in a while. I was pleased to see quite a few of my friends who I nominated get really into it.