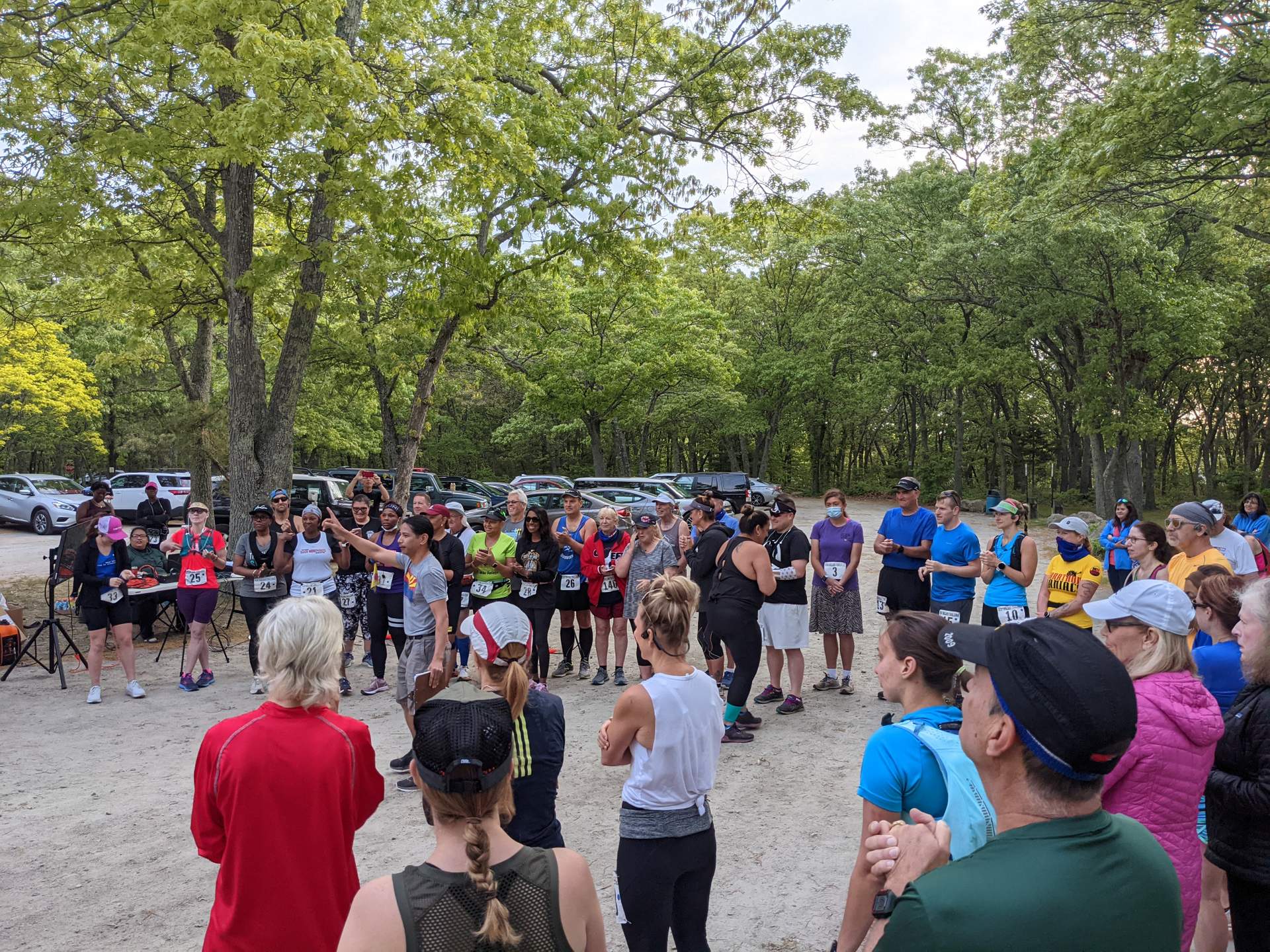 This was the first time I would run a marathon with only 67 hours of rest after running three marathons back-to-back-to-back, so I didn’t know how my body would feel. Fortunately, due in part to the remarkable leg recovery towards the end of the third 26.2-miler, the legs were actually feeling fresh.

Accordingly, after considering the surprising 3h28m performance in Marathon #1 and this rolling nine-lap (and a little extra at the beginning) course that was less than three miles, I set the Garmin 645’s Target: Distance & Pace function at 8:30/mile. That would correspond to a 3h44m marathon that I’d be very happy with. Actually, considering that this was the fourth marathon in six days, I would have been satisfied with any time less than four hours.

Shortly after the race commenced there were already nearly two dozen people ahead of me. I suspected they started out too fast, and my watch seemed to confirm those suspicions along with some early short hills where a few were practically running backwards .

I settled into a rhythm with three other folks on the first lap, but got ahead of them and then was running pretty much alone (not including all the people I was lapping) the rest of the way. I mainly focused on taking the tangents on the very curvy trail and keeping a steady rhythm. Every lap I grabbed a 12-ounce bottle of Gatorade and tried to drink as much as I could before tossing it a minute later into a cardboard box thoughtfully put along the trail by JC, the organizer, for this purpose.

The first half passed in 1h48m and I had banked more than three minutes.

The second half felt more difficult due to fatigue from the short hills. Particularly over laps seven and eight, I saw the time I had banked dwindle to about a minute.

The final lap definitely felt the hardest but with a sub-four-marathon virtually assured I just tried to maintain pace and not walk any of the hills.

Looking at Strava, the pace data seemed a bit erratic for the last third of the race which makes me think the numerous trees were causing GPS signal cutouts as the satellites moved across the sky.

Certainly, I don’t think I was running a mere 9:30/mile during the last 200 meters because I was nearly sprinting to cross the finish line.

It was a great way to conclude my week of running four marathons in six days. For a summary and overall impressions of the New England Challenge, click here.