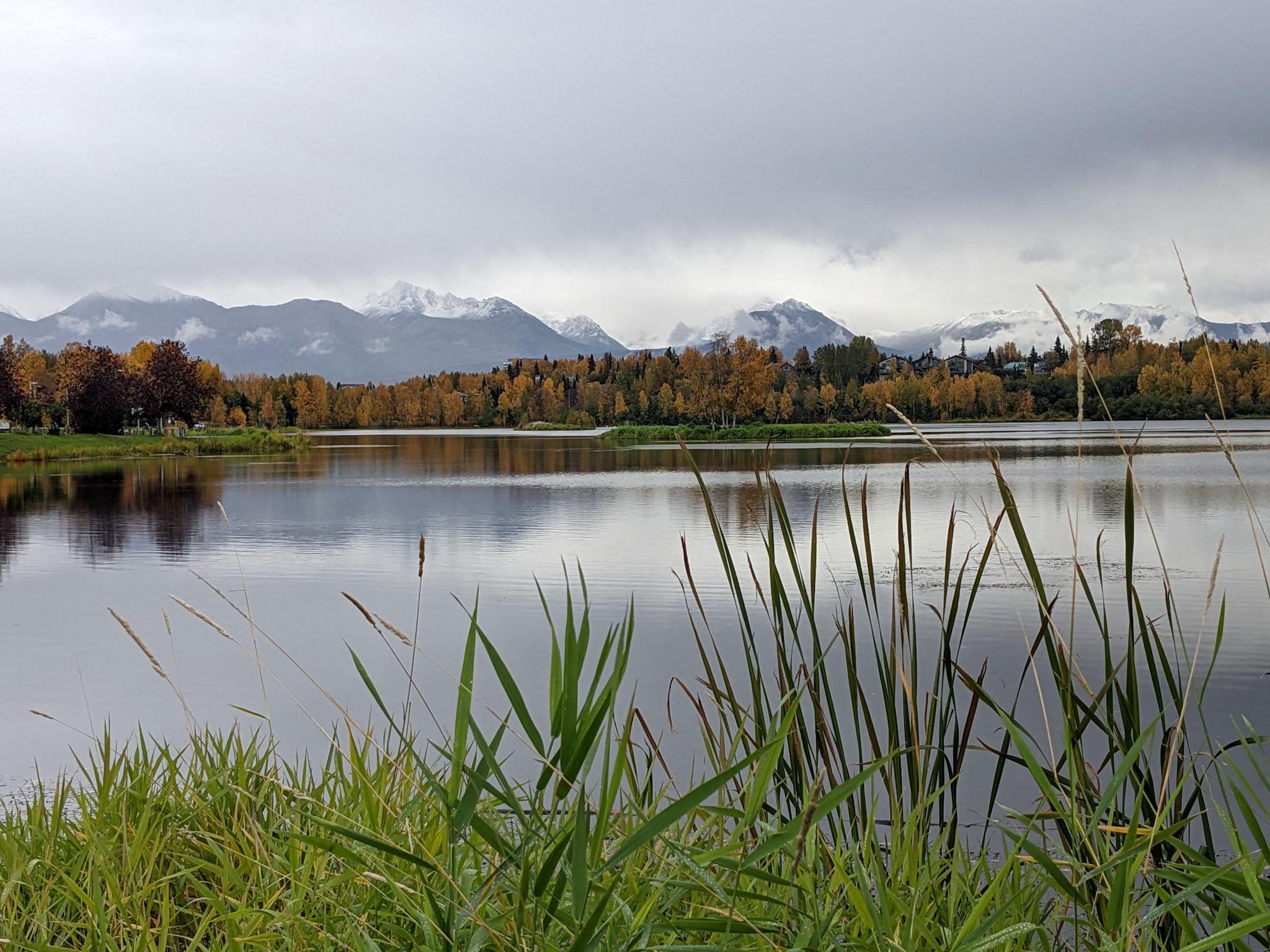 “It’s going to be cold in Alaska,” I told Andrea a month before we were in America’s most northern state.

I also read that many tourist places would close after the first or second week of September. We would be there during the fourth week. So heading north to Denali would be largely off the table.

Closer to our time there, the weather forecast was calling for rain. I wondered how good of a time we would have.

It turned out that my misgivings were misplaced.

First, Anchorage was a lovely town despite the drizzle. We did a pleasant walk along the North Coastal Trail, and jackets prevented us from getting cold. Fortunately, there was a pedestrian underpass that we stayed under when it rained harder for a few minutes.

Despite not going into the high mountains, there was still plenty of wildlife to see. The best place was the Alaska Wildlife Conservation Center, about an hour’s drive south of Anchorage. A cruise by the Kenai Fjords also allowed us to see some marine animals. We did that in Seward, yet more south.

Driving in Alaska at this time of year was spectacular due to the fall colors. Yellow, orange, and green popped from the trees as if someone had overlaid an over-saturation filter on them. The juxtaposition of snow-capped peaks and blue-green waters was magnificent, too.

The main motive for coming here in the first place was to complete my marathon states quest, with the state being the last one in which I ran 26.2 miles. The Kenai River Marathon was a total success: second place overall, my fastest marathon time since 2014, and all 50 states, done. I was so glad that Andrea, the love of my life, was there to see it.

As significant as that occasion was, there was something yet to top it. Later that day, on the way back to Anchorage and at the top of Flattop Mountain, I presented Andrea with a ring and asked her a very important question. Without hesitation, she said yes!

Alaska, therefore, will always have a special place in my heart for some of the most important memories. Not to mention that it truly wasn’t that cold.

Indeed, we left the state with warm feelings all over.

Every bit of this made me smile. The scenery is amazing...but yours and Andrea's engagement ~ how perfect! Congratulations to you both Felix! I am so happy for you & Andrea! ♡♡♡ ↩ Reply

Thank you! Alaska turned out to be a magical place! ↩ Reply