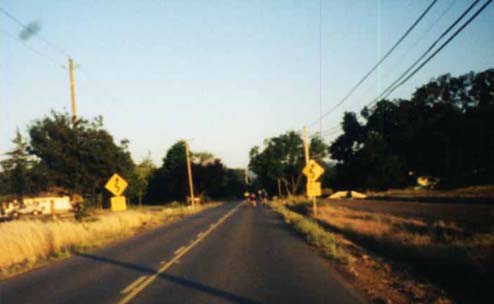 I guess I did not enjoy doing the Davis Double this year. Part of the reason was doing this double century for the third year in a row, so the scenery was nothing new. However, there were other factors. This is what I wrote to a friend in an email the following day:

My 200-mile ride in Davis was hell again! This time we had to deal with frigid temps, obnoxious headwinds and RAIN! I guess it was better than dealing with 105 F heat last year but not much. I also hurt my ankle again. I think that will be my last double century for a long time cuz it has ceased to be much fun… believe it or not, I am not *that* much of a masochist!

After this experience, never did I think I would be doing the event for a fourth year in a row, nor that I would immensely enjoy it. But I did do it again in 1999.