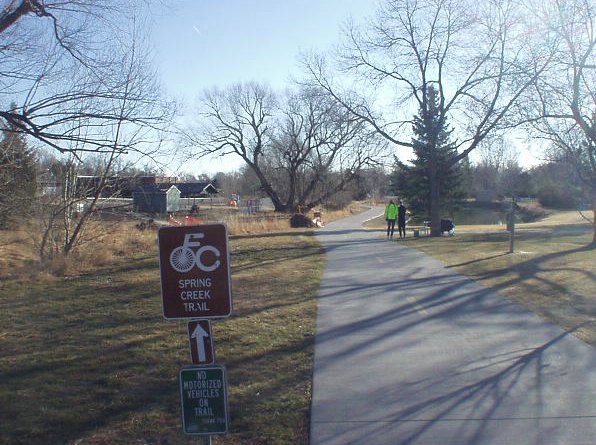 So maybe you are not as quick a runner as Speedy Gonzales, Wile E. Coyote, or even the Barney the Dinosaur. (Neither am I.) You know that if Michael Johnson or Paula “Head Bobber” Radcliffe were dressed in suits of armor and carrying 50-pounds of rice on their backs, they’d still lap you around the track. The only race you could ever win, you think, is the Kindergarten 1/4 Mile Run—and that’s only if you cheated by telling the 4-year-olds to start running in the other direction.

Don’t despair, the Fort Collins Running Club has a race for you! Presenting the Tortoise and Hare Race Series in Fort Collins, Colorado.

In this series—which feature increasingly longer distances between 4 km and 10 km on the first or second Sunday of each month—computer-predicted times allow runners of all levels to compete “on equal footing.” Basically, the start times are stagnated for each runner—with the fastest runners beginning last—so that, in theory, everyone would finish at the same time. The “winner” would be the one who crossed the finish line first, or, in essence, beat his predicted time the most.

Of course, the computer’s prediction is only as good as the information fed to it, which is often faulty. Who cares! This is because each of the top finishers in the race receive ribbons. And in the case of the Spring Park 6k that I participated in on Sunday, the “top finishers” seemed to be defined as “anyone who successfully got out of bed, entered the race and managed to cross the finish line.”

Anyhow, so here is a brief recap of the race for me. Since this race was only 6k, I will try to make this as short as possible:

Showed up. Submitted an estimated pace of 6:25 because “I don’t want to sandbag.” Marji, one of the friendly race organizers, changed this to 6:24, but who’s counting. Began last, or 24 seconds after Paul, one of the fastest guys in the FCRC. Could not catch Paul as my training-weary legs felt as fresh as Michael Jackson’s latest album and I struggled with my breathing after the turnaround point. In fact, I crossed the finish line 7th (out of 10 people). Paul was The Hare—or the person with the fastest time —beating me by one second. When that was determined we all laughed, shook hands, and were very happy about that.

Indeed, what was there to be unhappy about? The weather was great, we got our exercise and ribbons, plus there was FREE FOOD waiting for us down the street at Gib’s Bagels. (That was included in our entry fees of $5 for FCRC members and $10 for non-members.)

Over breakfast at Gib’s, we talked—predictably—a lot about running, especially since the run veterans here (virtually everybody) had lots of stories and enthusiasm to share. One of the more comical recounts was about “a friend, who after a marathon, brought his shoes out to the driveway, poured gasoline on them, and set them on fire.”

Hopefully, this was not a result of disappointment stemming from being so slow. After all, in the Tortoise and Hare Race Series, he could have even beat Barney.