Whereas yesterday was a day of firsts, today I did the outdoor activities I do best: running, cycling, and rock climbing. Considering that I only had time to run 2.5 miles up and down a hill (mostly to take overhead photos of Boquete) this morning and the bike ride turned out to be more like sitting in the passenger seat of an open sports car than exercise, rock climbing was the most notable activity of the day.

First off, a little bit about the logistics. Carlos of Habla Ya had arranged for a taxi ($6) to carry Tori, myself, and two bicycles to an outdoor climbing location in the north Boquete. We were to climb for a couple of hours and then ride the bicycles back into town.

Our guide, Caesar, actually met up with us at Habla Ya, and the taxi followed him on his motorcycle to the climbing location just a few miles northwest of downtown Boquete off of Avenida Central. Caesar sported long, dark hair and sort of resembled a Panamanian Yanni. “At least he looks like a climber,” Tori said to me at one point.

This was good, because before we saw the wall, we really didn’t know what to expect. In fact, Habla Ya’s web site advertised climbs from “5.3 – 5.5 in the Yosemite Decimal Table.” If that was in fact the case, the climbs would be so easy for us that they’d hardly be worth our time unless we climbed with only one arm, or, say, blindfolded.

Fortunately, when we arrived at the rock wall, it was apparent that what was advertised was wrong. In fact it was not even close. “This is a ‘guy’s wall’,” Tori observed, noting how the wall—composed of brick-like granite rock that was gently overhanging for most of the routes—best suited a power climber instead of, say, a lithe, delicate yoga master adept with balance and toe placement.

Caesar’s other two compadres (Rene and one other guy whom I forget his name) were already on the wall, climbing and setting up routes, but after finding some appropriate shoes, we were ready to start. Tori and I started on a 5.9 and then went to the 5.10s. After I went up a 5.10c, we got a little speed climbing show, as Rene and Caesar engaged in a friendly “competition” on the same climb.

Rene went first, making it to the top in 29 seconds. (In contrast I probably did the same climb in two minutes.) Caesar then gave it a shot, doing it in 19 seconds. Okay, Caesar wins.

Having a bit of confidence after making it up the 5.10c cleanly, I then attempted a 5.11a. The first two-thirds of it went well, and then I started peeling off of the wall as the granite “bricks” turned sideways and I was having problems holding on anything with my fingers. I never made it to the very top despite falling and getting back on the wall, oh, seven times.

After that, the arms of both Tori and I were both spent, and despite her own advice of “use your legs!” we ended up just flailing around on the wall after that.

While that was fun, probably what I enjoyed most was talking with the three guides about living and climbing in Boquete.

Apparently, the three of them had learned how to climb from their friend Gary. Gary actually had a primary residence in the San Francisco Bay Area of California, but had a second home in Boquete which his three friends were looking after by staying in.

Gary and the three friends drilled the bolts into the granite rock themselves, and as laws are pretty lax (or undefined) out here, no public authority seemed to care. “Actually,” explained Caesar, “the mayor kind of likes it because we’ve cleaned up the area and the rock kind of bit, plus it is a tourist attraction. Rock climbing is otherwise an unknown sport to Panama.”

That would explain why when we were climbing, many locals passing by in the cars were stopping on the road to watch and even photographs. At one point, we had an audience of about twelve people. Some kids even walked on over, and our guides allowed them to play on the ropes like little George of the Jungle characters.

It seemed like Caesar, Rene, and their friend had a pretty neat business going. For roughly two hours of their time, Tori and I had paid them $50 (total) between us, and they got to do what they loved, which was rock climb. After the initial drilling of bolts, all they had to do was invest in gear—$2000 worth, they said, which they primarily acquired from Gary who would bring gear down from California on his visits—and they were in business.

Like the laws here, their attitude about liability and litigation seemed really lax, and it was refreshing to not have to deal with any forms, waivers, etc. It was just a bunch of guys (and gal) having fun, doing what we love, with a underlying and unspoken assumption that we were all adult enough to accept the risks of what we were doing.

That is not to say everyone in town was totally carefree about this sport. For example, Caesar and company located some other rock (with a roof) that was great for climbing also, but was on private property. At first they got permission from the private owner to use the rock for climbing, but shortly after they invested in more gear and started drilling, the owner reneged especially when he realized the trio would be bringing tourists (and potentially, first-time climbers) to the rock. Eventually he acquiesced a little, but only to in allowing Caesar and his friends to climb (no guests).

Small rock climbing operations such as Caesar’s seemed like one of the many new small businesses popping up in Panama, where opportunities abound and new sports and ideas are being brought to the locals. 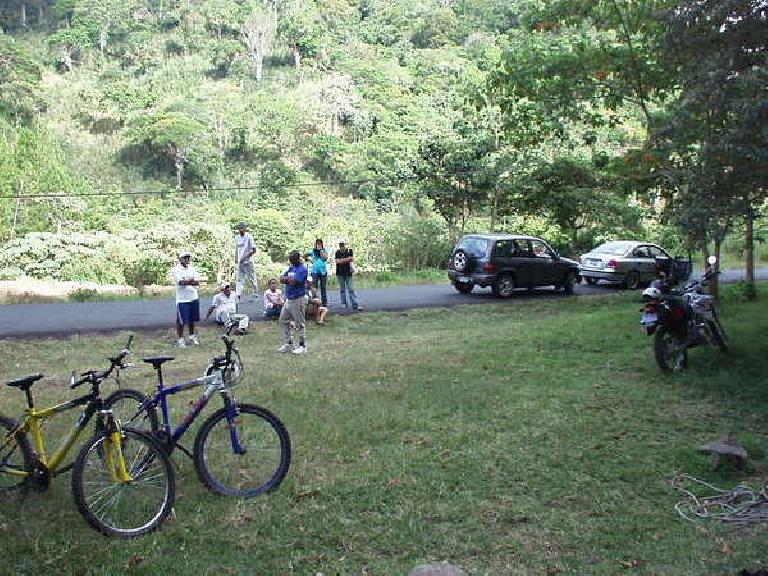 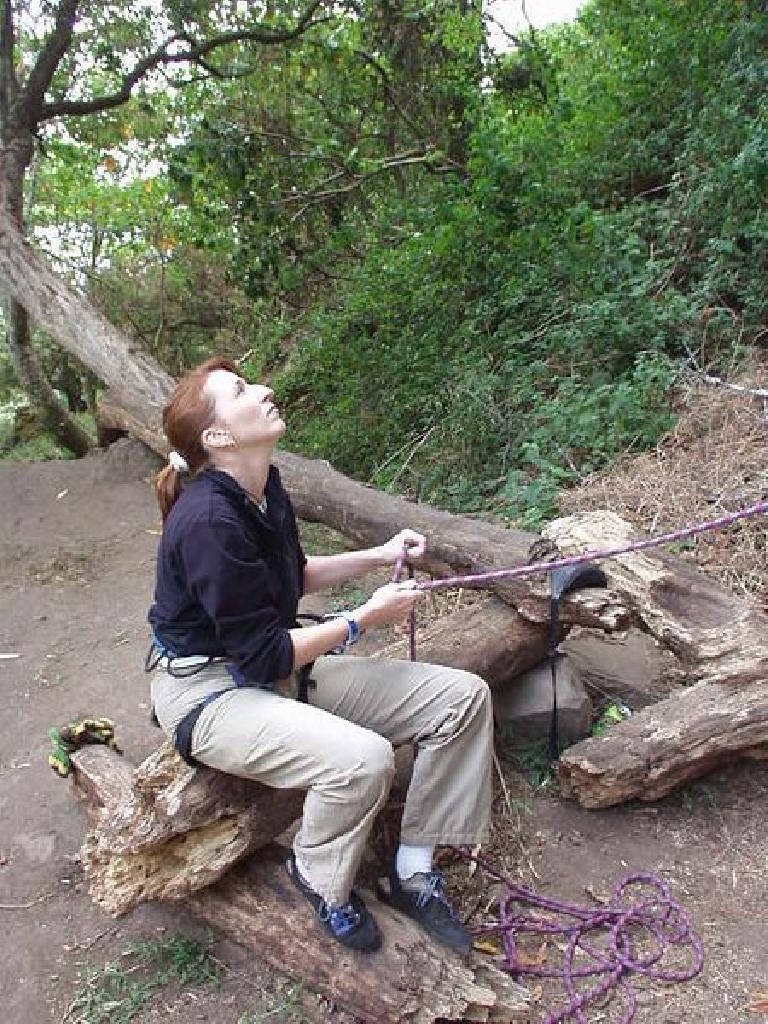 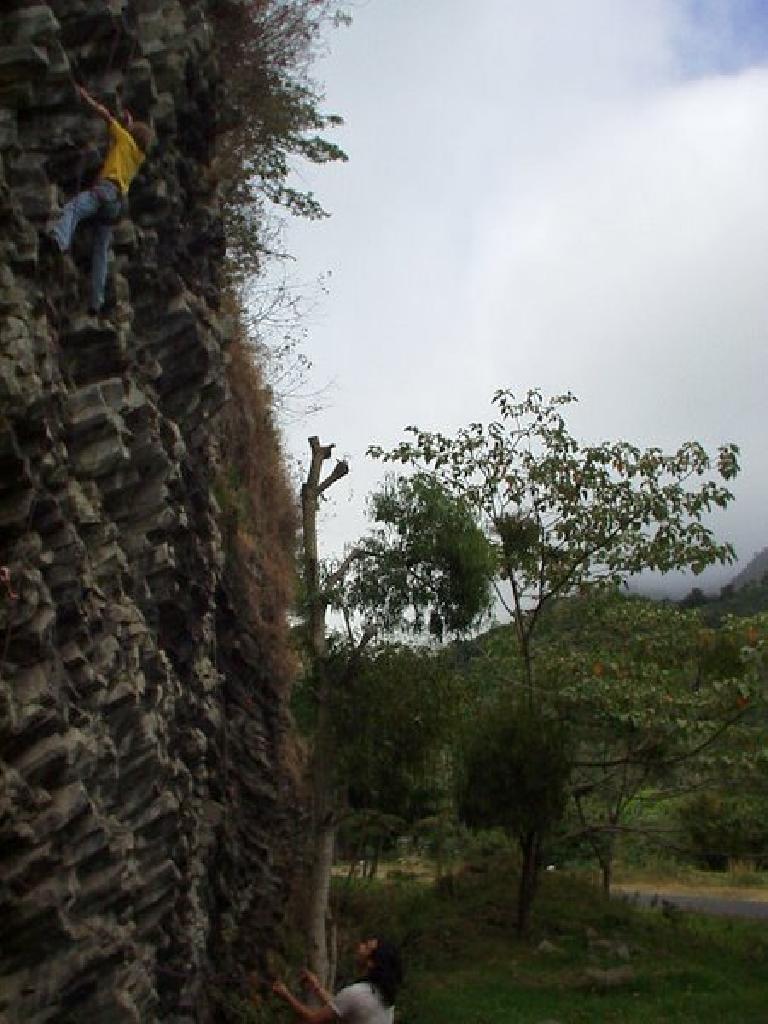 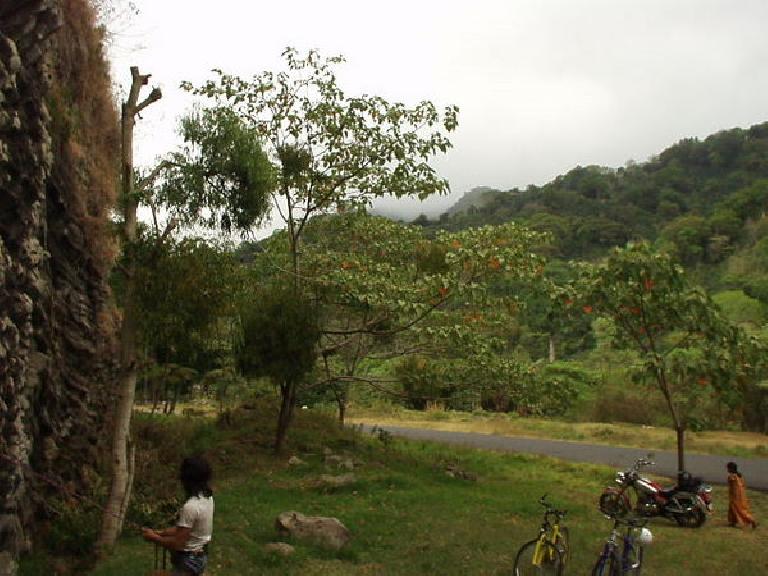 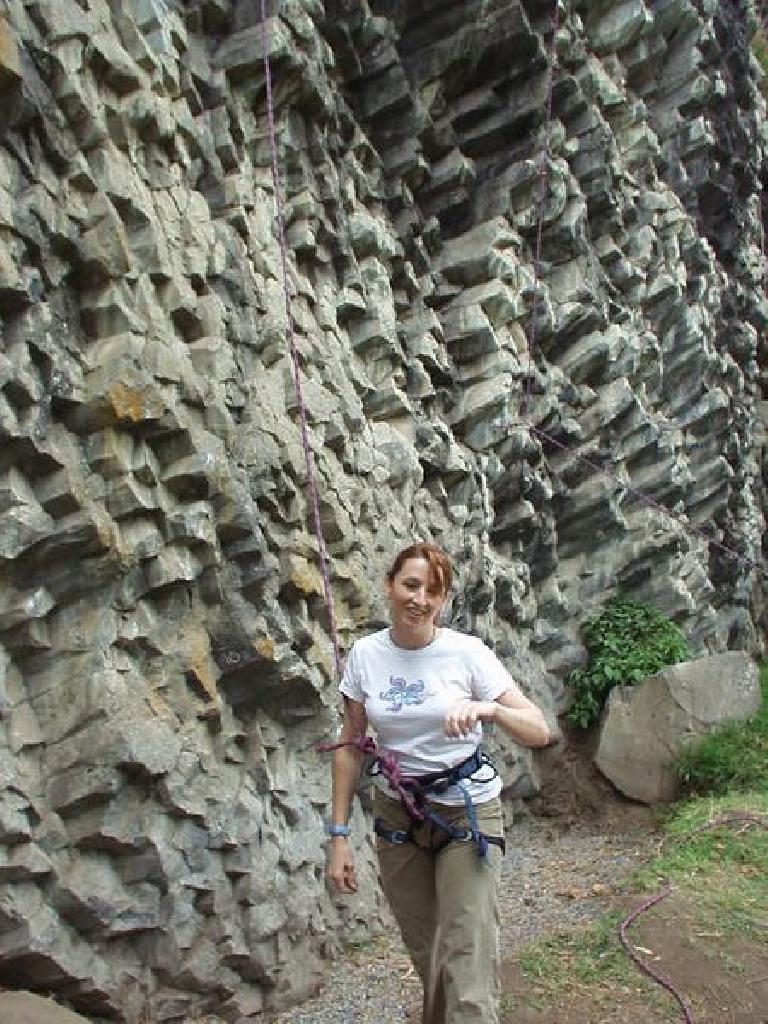 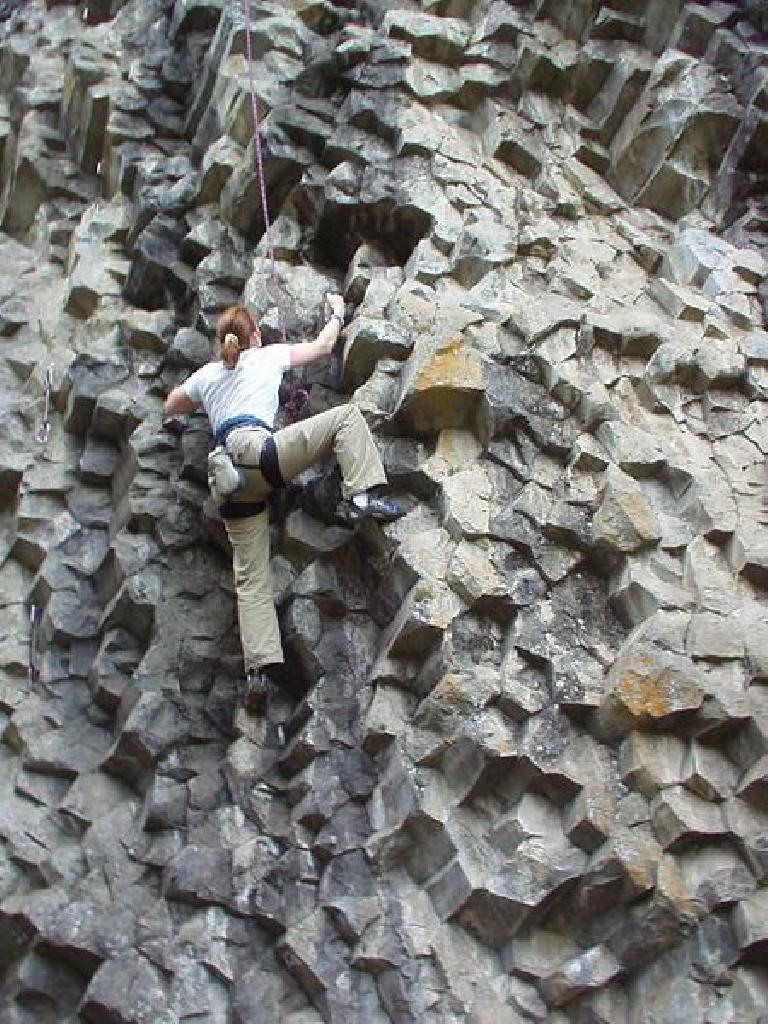 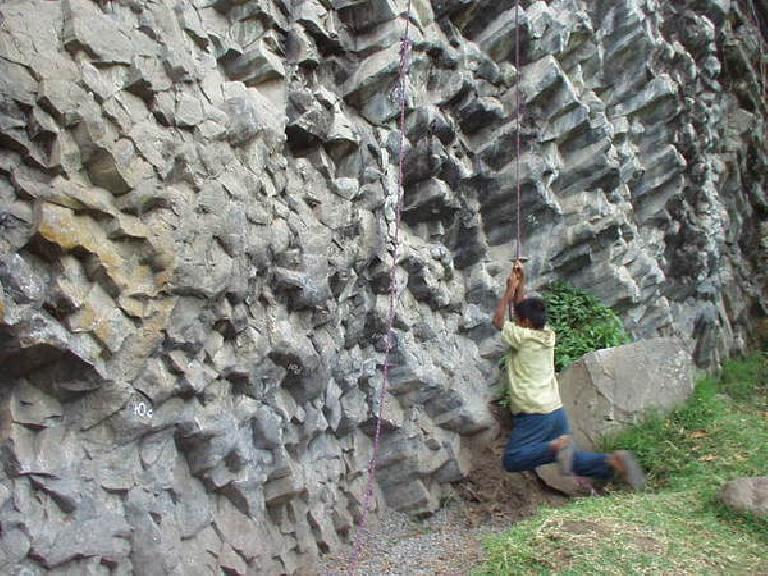 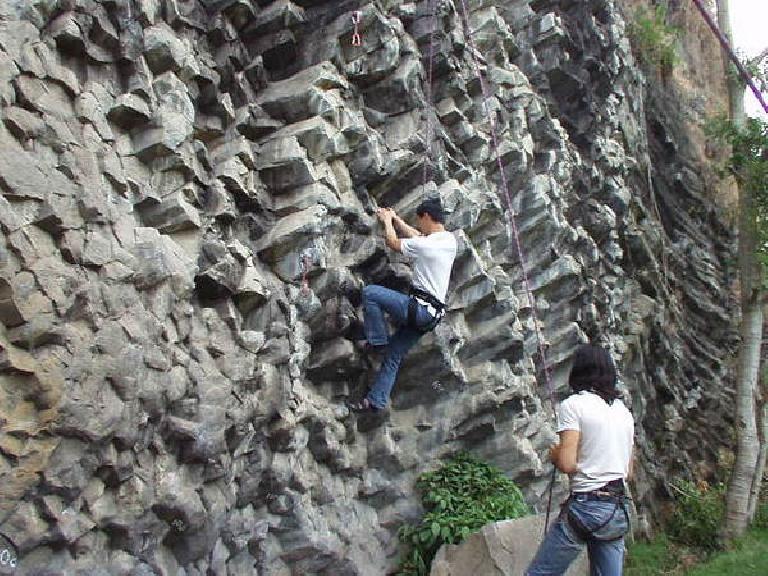 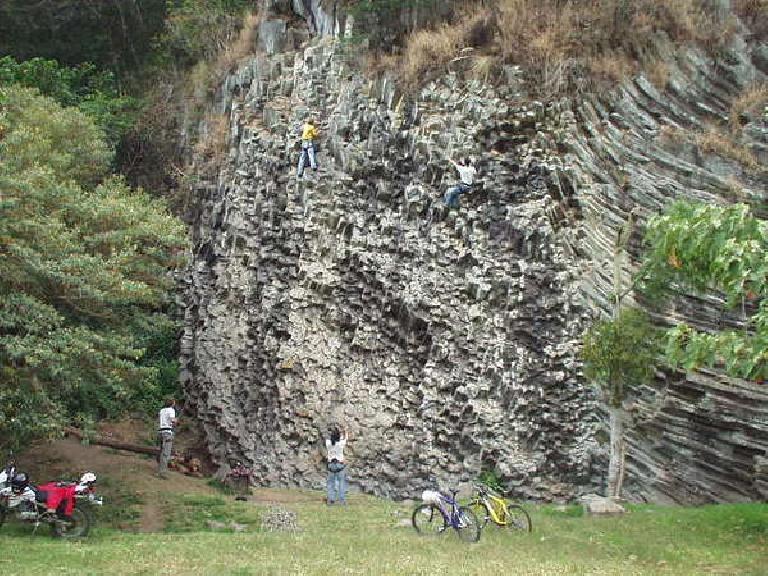 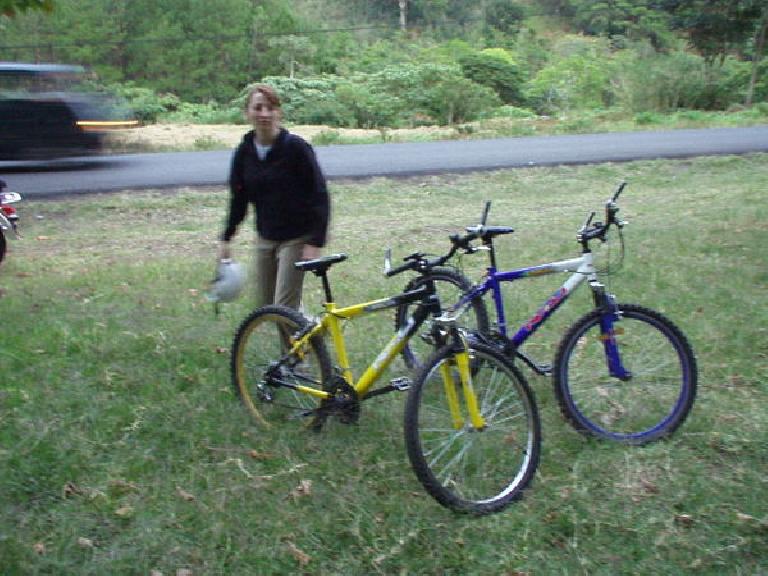 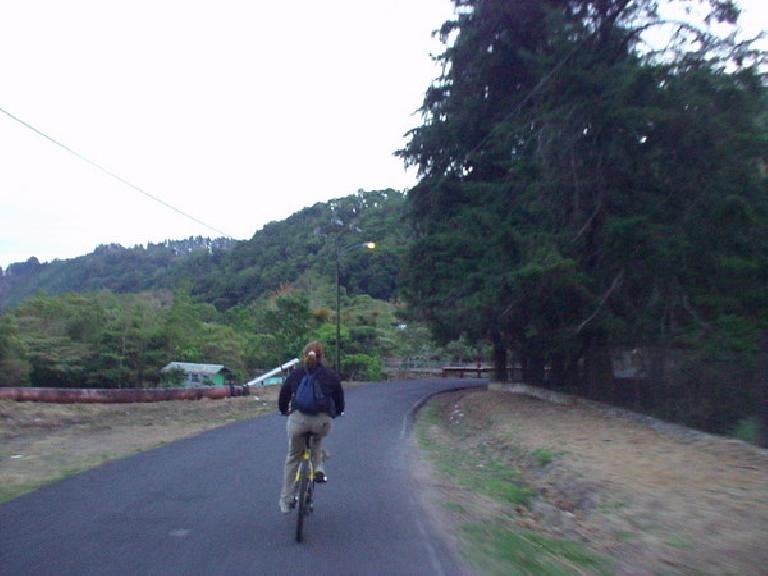