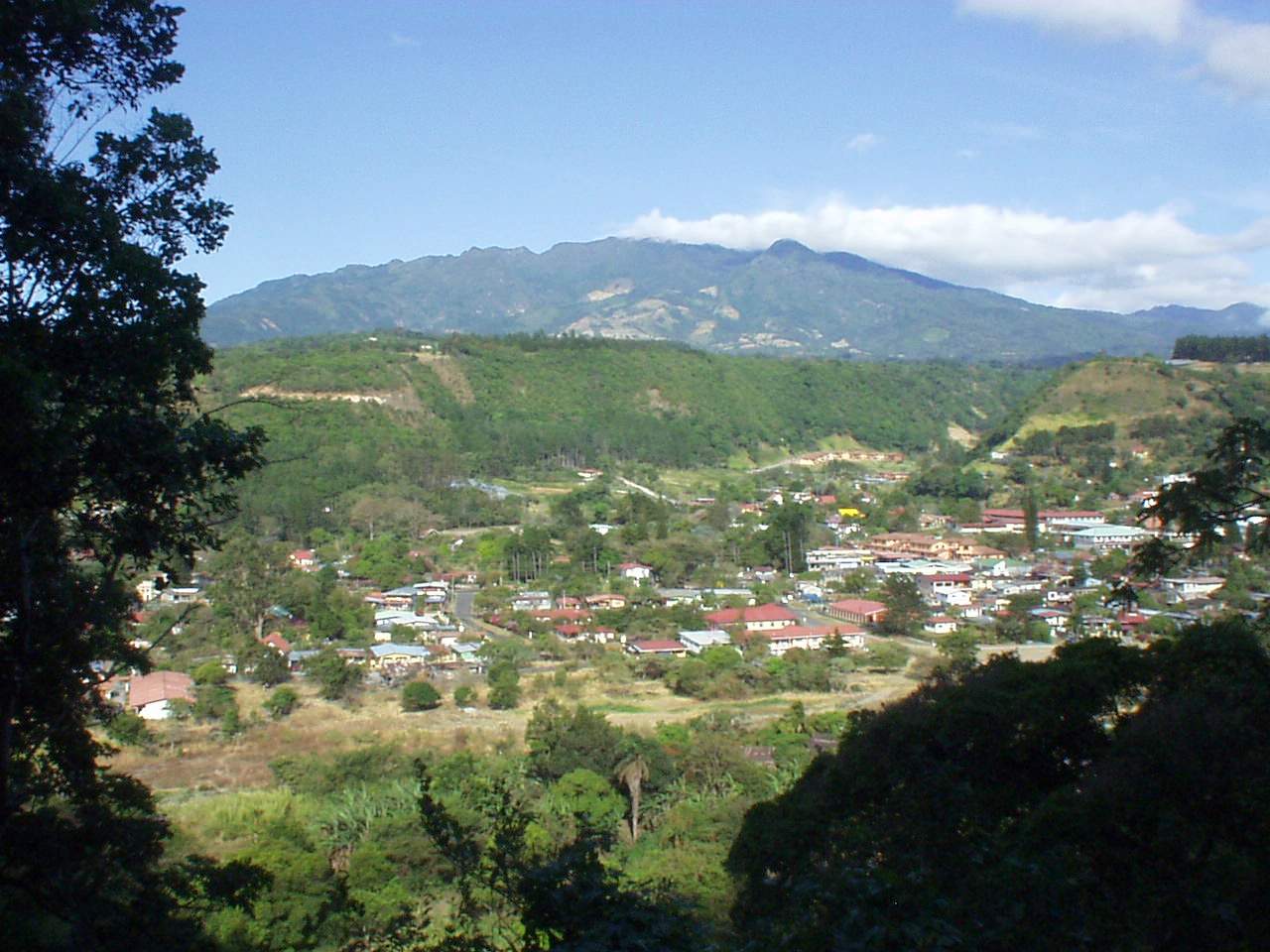 “You know, Tori,” I said one day while strolling through the peaceful and colorful town of Boquete, Panama, “this is the first town outside of the United States I have visited that I could actually imagine living in.”

Now, that is saying quite a bit considering that my hometown of Fort Collins, Colorado—which was proclaimed by Money magazine as the best place to live in the U.S. last year—sets a pretty high standard for good quality of life. Indeed, last year every time I left the Fort to somewhere more than a few days, I’d miss my little town in the Front Range and sometimes wonder why I even bother to travel anymore when just about everything I enjoy is right there where I live.

First off, the scenery from virtually any vantage point around town is spectacular. Boquete is engulfed by 360 degrees of mountains, the most impressive being Volcán Barú—a volcano that towers over the city and last erupted in 1550.

Indeed, being located on a small valley within these mountains is probably how the town got its name. Boquete means “hole” or “gap” and not “bouquet,” though I prefer to think of the town as a “gap with lots of beautiful flowers.”

It is also bisected by a raging river called the Caldera (“boiler”). Traversing a long bed of boulders, el rio imparts both a sense of pristine wildness and tranquility for the passerby who stops long enough to admire it.

Downtown—which in terms of sheer land area probably is no larger than my subdivision—is exceedingly walkable. Tori and I stayed in a bed and breakfast called El Oasis just on the other side of the Rio Caldera, and it took us no more than 10 minutes to walk to Spanish classes, the supermarket, or one of the many good restaurants. Taxis are cheap and unless one intended to leave this town of 6,000 people on a regular basis, I imagine a car here just becomes a bureaucratic nuisance.

The pace of life here is delightfully relaxed. As in so slow that you might as well be watching paint dry. Ask a local to be somewhere at a certain time, and more likely or not he’ll be there at least 15 minutes late. The attitude here seems to be, “why rush?”

The pleasant temperatures year-round help instill calm. They call this area within the Chiriquí province the “land of the eternal spring,” and for good reason—unlike the rest of Panama, which is almost always hot (over 32 degrees Celsius, or 90 degrees Fahrenheit), the high temperatures are around 75 degrees year-round. (In fact, one employee of Los Amigos we went to—who lives in David where it is much hotter—remarked that she thought Boquete was too cold!) But like the rest of Panama, there are only two seasons—dry season and wet season. Dry season is roughly December through April; otherwise, it rains nearly every day, or so I hear.

Despite a lack of decidedly gringo establishments like McDonald’s, most Western conveniences are here. For example, there is a post office. I sent post cards to friends in the U.S. and they received them in 5 business days. More notable is the availability of Internet access. Our B&B had free wi-fi, along with our language school. There were a couple of internet cafes as well.

Having most modern utilities along with many restaurants, low taxes, and pleasant restaurants, Boquete has become something of an ex-pat retirement hot spot in the last 5-7 years. For the first few days I was in Boquete, I thought there weren’t too many gringos in town, but then I met five of them—all of whom had bought or were building houses—in one day.

The interesting thing was none of them knew much Spanish. I suppose, then, it is very possible to get by with only English, but it sure makes life easier (and makes for a much richer experience) to be able to freely interact with the locals in their primary language.

One American retiree, Richard, whom Tori and I met realized this the hard way. He owns a home in Boquete that he and his wife will eventually live in but is currently renting out in the meantime. He had come to Boquete that week to resolve a water problem on his property. However, he encountered another problem when he arrived—his own tenant refused to let him into the house! He ended up having to climb over the fence, and call authorities (who really don’t care about his problems and wouldn’t do anything), and hire a translator/property manager to help him out. “Big headache,” he complained.

In fact, he claimed that the most efficient way to take care of these problems is to find a big Panamanian dude and then bring him over to the house with a huge club. He didn’t mention if he actually had resorted to that in the past or would do so in the future, though.

Which brings me to one final comment about Boquete, which probably applies to the rest of the country: within law enforcement and perhaps other government agencies, corruption is rampant. Especially with the traffic police. Caesar, our rock climbing guide, explained:

Last year a new law passed that made riding in a pickup bed illegal. Of course, for many poor people or farm workers, that causes a big hardship. So they do it anyway. Police do pull them over, but usually accept, say, 25 cents per passenger as a bribe and let them go.

I personally have been pulled over half a dozen times and never paid a ticket. I just bribe the officers five dollars or so. It’s just easier.

Back in Panama City, another traveler concurred:

My friend and I were traveling in a car with surfboards on top. This, plus the fact he looks like a gringo, really attracted the attention of police. They kept pulling us over and making up any excuse to do so, such as “another police officer back there radioed me to pull you over saying that you were driving in the middle of the road.”

It’s all bullshit. Then they tried to write us up for a $100 or $150 ticket, and when my friend protested, the officer said, “I know you’re rich—I see your laptop back there.” But my friend was smart and said, “no, no, I am a poor student just traveling and I borrowed that laptop from a friend.” Ultimately we were able to get away with just paying the officer $5.

Another potential issue for anyone considering retiring to Boquete is that good homes—particularly those on a mountain side—are no longer cheap in the face of all of the ex-pats that have been buying them up. I was shocked to see that rents and purchasing prices of such houses approximated those in Northern Colorado!

On the other hand, there may be plenty of small, old, in-town homes for rent for cheap. Rumor had it that one employee of Habla Ya was renting a house (that even looked pretty decent) for $150/month. Another teacher said his home in David (“which is really nice”) that he is renting for $250/month would probably fetch $375/month in Boquete.

Hostels also rent for about $7-10/night for those short-term travelers. Sounds good to me.

By the end of our stay both of us thought that Boquete was an idyllic little paradise within the Panamanian mountains, and we talked about potentially returning for a longer period of time in the future, either to improve our Spanish further or to escape an abnormally harsh winter. It is, after all, one place I could spend a few weeks or even months in without missing the Front Range too much.

Hi, this little piece of heaven called Boquete is just what the Dr. ordered, especially for retirement. The views and weather are great especially coming from a northern climate. I agree that life is much slower paced, it makes for easy relaxing and is a great stress reliever. Try to see more scenic land at http://boquetelots.com/BoqueteLots.html there are some really great pictures and actual lots for purchase. ↩ Reply