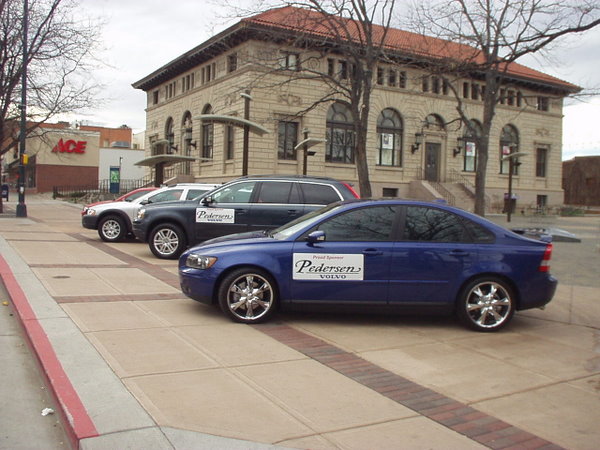 I have long blogged about how compared to some places, Fort Collins is pretty darn safe. For example, there were no homicides in this town in 2000, 2001, 2002, and 2004, and even though I do lock the doors to my house, I don’t really feel like I need to.

However, that is not to say crime here is completely non-existent. There was a fantastic story in the Coloradoan underscoring that today. This one involved a shoplifting incident at the (usually) super-friendly downtown Ace Hardware store that “turned downtown Fort Collins into the Wild West” on Saturday afternoon.

In this episode, a dude tried to sneak out of the store in the middle of the afternoon with a bag of light bulbs and a few other goods and then ride off on his bicycle without paying for them. However, he was noticed by some young Ace employees, who chased after him on foot.

Now, at first the story reminded me of when I was in Vietnam and ran after (and caught) some would-be thieves on a bicycle. But the Ace story is better. For instance, 1) the thief was a 26-year-old man, not a young girl, and 2) he had a gun.

The funny thing is, even though the guy had a bicycle, he promptly crashed it after hitting ice. He then took off on foot, but the intrepid Ace Hardware guys—along with a bystander on bicycle who witnessed the incident—chased after him. Now confronted with three determined Fort Collinsers, the criminal drew his pellet gun, told his pursuers to stop, and again ran off.

This is where the incident could have gotten ugly, but thank goodness it had a happy ending. The Ace employees STILL chased the shoplifter even though he actually fired the gun at them at some point, until he reached a shed that he tried to hide in. By that time, our excellent law enforcement was on the scene with a dog, and the idiot light bulb stealer didn’t have much choice but to give up.

He did have to be taken to the hospital due to having “chest pains.” I guess being chased down by three courageous Fort Collinsers nearly gave him a heart attack.

The Coloradoan article is here. Even though I’m not sure if it was the best idea to pursue someone firing a gun, KUDOS to the Ace guys! It makes me proud to be in a city where its citizens are actually brave enough to take on the bad guys. You can be sure that I will be patronizing the downtown Ace Hardware store (already one of my favorite operations due to having the best service) even more now.