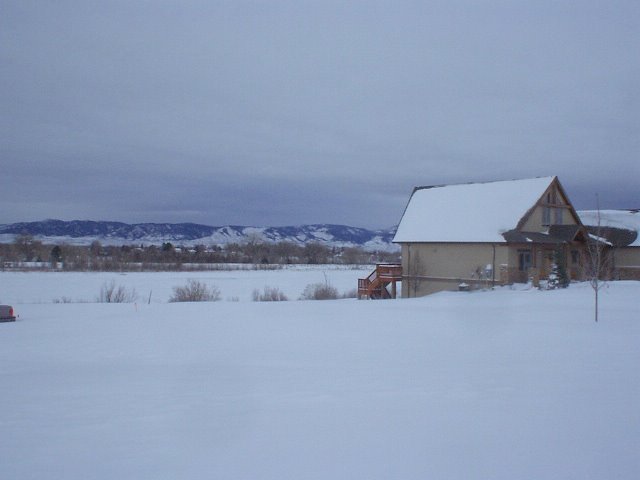 The unprecedented bouts of snowfall have provided some rather bone-chilling experiences for motorists in Northern Colorado the last few weeks.

Yet, in spite of it all, I still feel that my beloved city of Fort Collins is a sanctity from peril, a place where 98% of the time, I feel pretty darn safe.

I was reminded of that the other day when, in talking with my parents, I learned of some disturbing news.

My folks still reside in Stockton, California, a sleepy, foggy-in-the-winter and oven-hot-in-the-summer town located in the harrow of the Central Valley. “Recreation” for many youngsters has a slightly different definition over there, including hot-wiring cars, waving spray cans of green and purple paint in front wooden fences, and eluding cops. Other popular extra-curricular activities include automotive sideshows and ghost-riding the whip.

Now, mind you, I mean no malice towards my childhood hometown; I’m just relating the facts! I grew up in a home with window bars behind an eight-feet-tall wrought-iron fence, and my parents still do. However, these security provisions only offer protection when one is actually at home, as my mom and dad recently found out.

Last week, on a frigid day at 6:00 p.m., my dad stepped out of his car in a parking lot in one of the less-shady areas of town, only to be immediately accosted by someone who put something to his chest. A gun.

Fortunately, my dad—who can sometimes have an attitude with police officers during a routine traffic stop—decided to be “cooperative.”

“Ok, whatever you want,” he said, then taking out his wallet. “Look, here’s my money.”

“What did you just put underneath the seat of your car?” inquired the dude with the gun. “Did you stash more money under there? I saw you put something under there!”

“Keep your voice down,” ordered the thief. He then took off after grabbing the cash, much to the relief of my father.

Later that evening, my dad told my mom, “Today, I am lucky that I am not dead…” Understandably he was still shaken up, as anyone would be when his life flashed in front of his eyes.

Granted, acts of violence can occur virtually anywhere, just more often in some places than others. In Stockton, these acts are common day occurrences, whereas in places like Fort Collins (which recorded zero homicides in 2000, 2001, 2002, and 2004 while Stockton had over 30 every year), they occur once in a blue moon. Otherwise, the biggest concerns of late at the Fort have had to do with rare, freak blizzards.

And I’d rather face a lot of snow instead of a gun-toting thug any day.

Felix -- sorry to read about your dad's harrowing experience. Considering how it could have turned out, however, I'm glad to hear he walked away unscathed. As you point out, we should be very thankful to live in such a laid back town. I hadn't seen those FC homicide figures -- a pleasant change from Queens, New York where it seemed there was a homicide at least once a week.

I wonder how long before ghost-riding the whip takes off in the Big Apple? Although ghost riding sounds like quite a dangerous pursuit, I bet it's an entertaining way to spend an evening (and that's just a cool name). Maybe we could start an FC whip club, I think the icy roads would add a little something extra to the experience. ↩ Reply

What a horrible experience for your dad to have gone through! I'm so glad to hear he is safe. ↩ Reply

Honestly, you need to get your parents to move out of Stockton. The place has become very dangerous and is in the news all the time here in the Bay Area. Unfortunately, even Fremont is starting to have a bit of a 'thug' problem. ↩ Reply