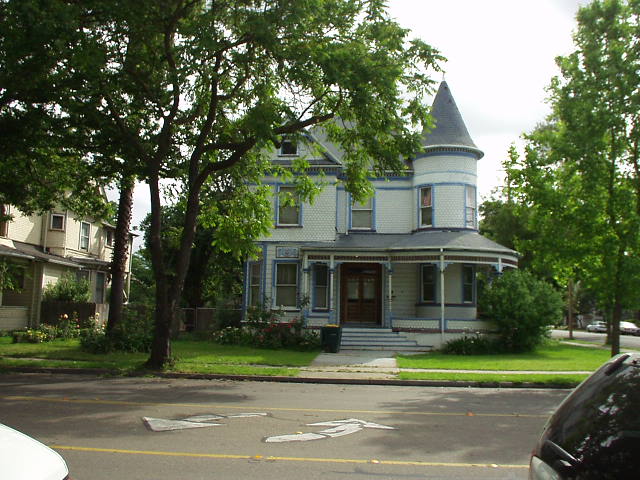 For the last few years, my childhood hometown of Stockton, California has had something of a close-but-no-cigar losing streak. For example, in 2004 it almost earned the title of “#1 worst city to live in the U.S.,” only to be narrowly beat out by Laredo, TX. Then in 2005, it only took the #3 spot on the list of most car thefts per capita, after being #2 in 2003. The city’s recent losing streak has been much like this year’s Stockton Bears-Riveroak Redskins football match, in which not only the Bears lost, but one of their players was manhandled by the opposing team’s coach.

Never fear, Stockton is a loser no more. In fact, according to a study released by the Central Connecticut State University this month, the armpit of California is actually a champion in something. I kid you not! Stockton is #1, top dog, numero uno!

Yes, that is correct. In fact, Stockton is a repeat champion as it topped all other cities with at least 250,000 people in the list of America’s Most Illiterate Cities—for the second year in a row!

It is a miracle that Stockton was able to win this distinction. After all, with all the graffiti scrawled over the city walls, you would think that most people there can identify letters of the alphabet. Conventional wisdom also says that Stocktonians get lots of practice reading, say, instructions on how to cut automotive suspension springs so that their pimped-out Honda Civics scrape along every speedbump while bouncing up and down Pacific Ave. with gangsta rap and mega bass blaring out of the windows.

Yet, Stockton has won this award twice now, showing that its first victory was not a fluke. Can the city make it three in a row? It faces a stiff challenge from El Paso, TX, which has a higher number of illegal immigrants who nevertheless are currently the superior readers.

Such distinction almost makes me feel nostalgic about Stockton, as I knew it deserved to be the best in something. Fortunately, I now live in another #1—Fort Collins, Money Magazine’s 2006 Best Place to Live in the U.S.—which helps fend off any homesickness I might get for the town I grew up in.

Thanks to Tom B. who (once again) tipped me off to this story.

December 18, 2006 (Mon): Amazing! Stockton is really racking up the awards—it is now #1 on another list! Thanks to Tori who just sent me this one!

So Fortune asked Zandi’s group and real estate valuation company Fiserv Lending Solutions to give us their take on what lies ahead for housing in the country’s 100 largest metropolitan areas. The picture, as you probably have guessed, isn’t pretty. In 2007, 36 of the 100 biggest markets are expected to see price declines. For 2008 that number rises a notch to 37. The area poised for the biggest fall in 2007? Stockton, Calif., where prices are expected to drop by 7.1 percent and another 5.3 percent in 2008.