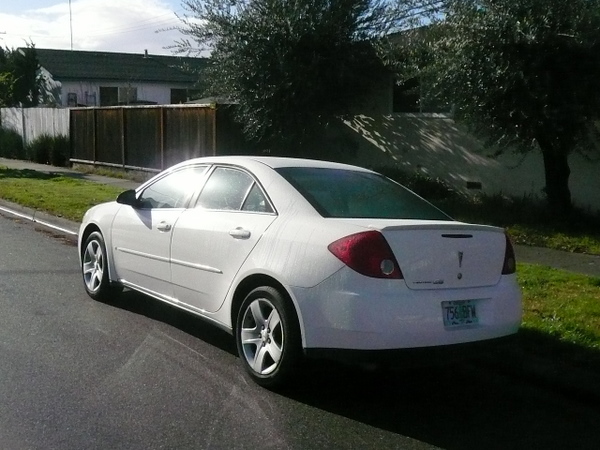 So yesterday in my post entitled Snow, Stockton, and Thugs I alluded to a recent phenomenon in Stockton, California called “ghost riding the whip.” Since I’ve received a few comments about it, elaboration seemed warranted.

One question people invariably have is “what the heck is that?” To answer it, let’s analyze the name.

The first word in the term (“ghost”) makes one envision a cartoon character named Casper, who looks exactly like your kid does on Halloween while wearing a white sheet over his head. But no, Casper the Friendly Ghost is not involved here as he is, in fact, too friendly for Stockton. Within 30 seconds of trying to get all jolly with Stockton’s gangsters, he would be more dead than he already is.

Then there is the term “whip.” Aha, you think, now we are getting somewhere. After all, what do Central Valley’s hoodlums do when they take off their shirts to reveal flabby front sides covered with a dozen tattoos? They whip their shirts around! But no, that has nothing to do with ghost riding the whip. Besides, it would be pretty hard to ride a shirt.

Actually, in this case “whip” = “vehicle.” Yes, vehicle, like a car. If you are still perplexed, keep in mind that Stockton is the #1 most illiterate city in the nation, and then it all makes perfect sense.

Wikipedia has a pretty lucid description of ghost riding:

To ghost ride, frequently used in the context of “ghost riding the whip” (a “whip” being a vehicle) or simply ghostin’, is when the driver and/or passengers of a vehicle exit while it is still rolling and dance beside it or on the hood or roof.

In other words, imagine driving your car but then forgetting how to use the brakes. Also imagine being so brain-dead that you decide to get out of your car before it came to stop. Noting that the ground was still moving, you climb onto the top of your vehicle as if it was a surfboard, shake your bootie a little, and think “cool, dude!” That, in essence, is ghost riding the whip.

Does this sound really retarded to you? If so, you would be absolutely correct! In fact, Wikipedia continues,

The act is one of the highest forms of “going dumb” and a representation of the style of hyphy.

An article by the Belfast Telegraph (yes, Stockton is now internationally famous for its stupidity) even notes:

“It did not take Einstein to look at this thing and say this was a recipe for disaster,” commented Pete Smith, a police spokesman in Stockton, California, where ghost riding is said first to have taken hold. “We could see the potential for great injury or death.”

No kidding! In fact, two people in Stockton have already died in the last few months and “officials say they are receiving reports of numerous other injuries inflicted both on the riders themselves and bystanders.”

The only question left is what is more ridiculous, ghost riding or sideshows? Then again, maybe the question is unimportant considering that Stockton has both!

You can watch some videos of ghost riding the whip, courtesy of YouTube.