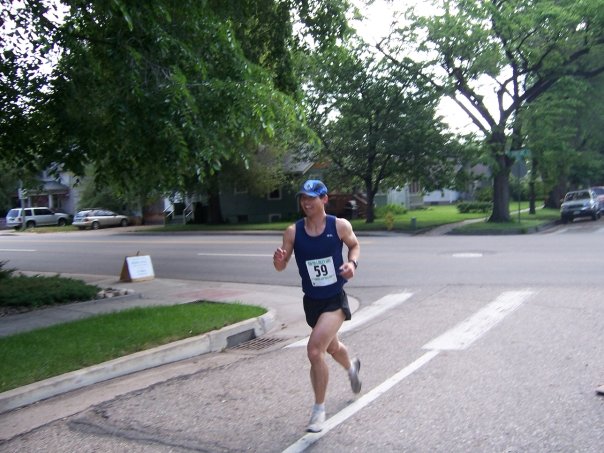 It seemed like my last few races were full of missed opportunities. First, there was the Houska Houska 5k in which I was in third or fourth place for most of the race, yet had to settle for sixth after being outsprinted in the last half-mile by others including a high school sophomore. Then, in the Vail Pass Hill Climb in the Teva Mountain Games, I lost what would have been a sure second place when I got off course after the first half-mile and lost three minutes. So if I had any goals for the Run for a Child’s Sake 5k, it was to Simply Not Blow It.

When I woke up in the morning, it didn’t seem like I was going to break out of L.A. Clipper-syndrome today in this benefit run for the Larimer County Child Advocacy Center. I didn’t sleep well perhaps as a result of drinking a Fat Tire the night before (not even one pint—I’m definitely a lightweight). In addition, my stomach felt a little queasy.

But I started to feel a little better shortly after meeting up with and doing a brief warm-up run with Raquel before the race and then standing for a few minutes around the start line. I lined up behind Brad Pace—winner of the Houska Houska 5k—as I knew that I wouldn’t be able to keep up with him for more than a mile. Sure enough, after “GO!” was called, Brad already had several steps on me, but the real surprise was a young man and eventual winner from Wyoming who was practically sprinting from the get-go and was out of everyone’s sight after only two minutes.

After Mile 1—when I’d encounter Kerry in the middle of the street taking photos and cheering on friends despite being on crutches—I was firmly in seventh place, thinking that I’d try to make a run on fifth and sixth on the slight (1%) downhill stretch on Mountain Avenue coming up. At the very least, I did not want to lose my position.

On Mountain Avenue, it seemed like the two runners ahead were also motivated as I gained absolutely no time on either of them, but I was pleased that I was actually feeling good enough to sustain and even pick up the pace instead of faltering like an old Fiat as usual at this point. By the time I saw Kerry again with half a mile to go (yes, Kerry could really get around on those crutches), I was in an interesting situation—no one was even close to me from behind, but the guys in front seemed a little too far out of reach to make a serious run at them.

Out of principle, the moment I turned onto Howes Street I commenced a full-on sprint and secured seventh place. That was also good enough to win my age group—something that hasn’t happened in a while. More gratifying was knowing that I held onto my position for the last 2.5 miles of the race instead of getting passed, which is usually what happens. I didn’t blow it!

Well, almost. After I learned what was my time, I couldn’t help but groan. It was 19:01. So close to finishing a 5k race in under 19 minutes for the first time ever. Ok, so it was somewhat of a missed opportunity, again!

A day after the race, I heard murmurings that the race course was actually a little short, like 3.0 miles instead of 3.1. Looking at my time splits, that rumor may have been correct. However, the course measured 3.17 miles on gmap-pedometer.com. So who knows for sure?

Great job, Felix! I'm pretty sure the Firekracker course is accurate, however, there are a number of 90 degree turns that will cost you seconds. Sub-19 seems like it would be a reasonable goal, especially as you've been hitting the track now for a couple of weeks. Are you planning on running? I am. Hope to see you there. ↩ Reply