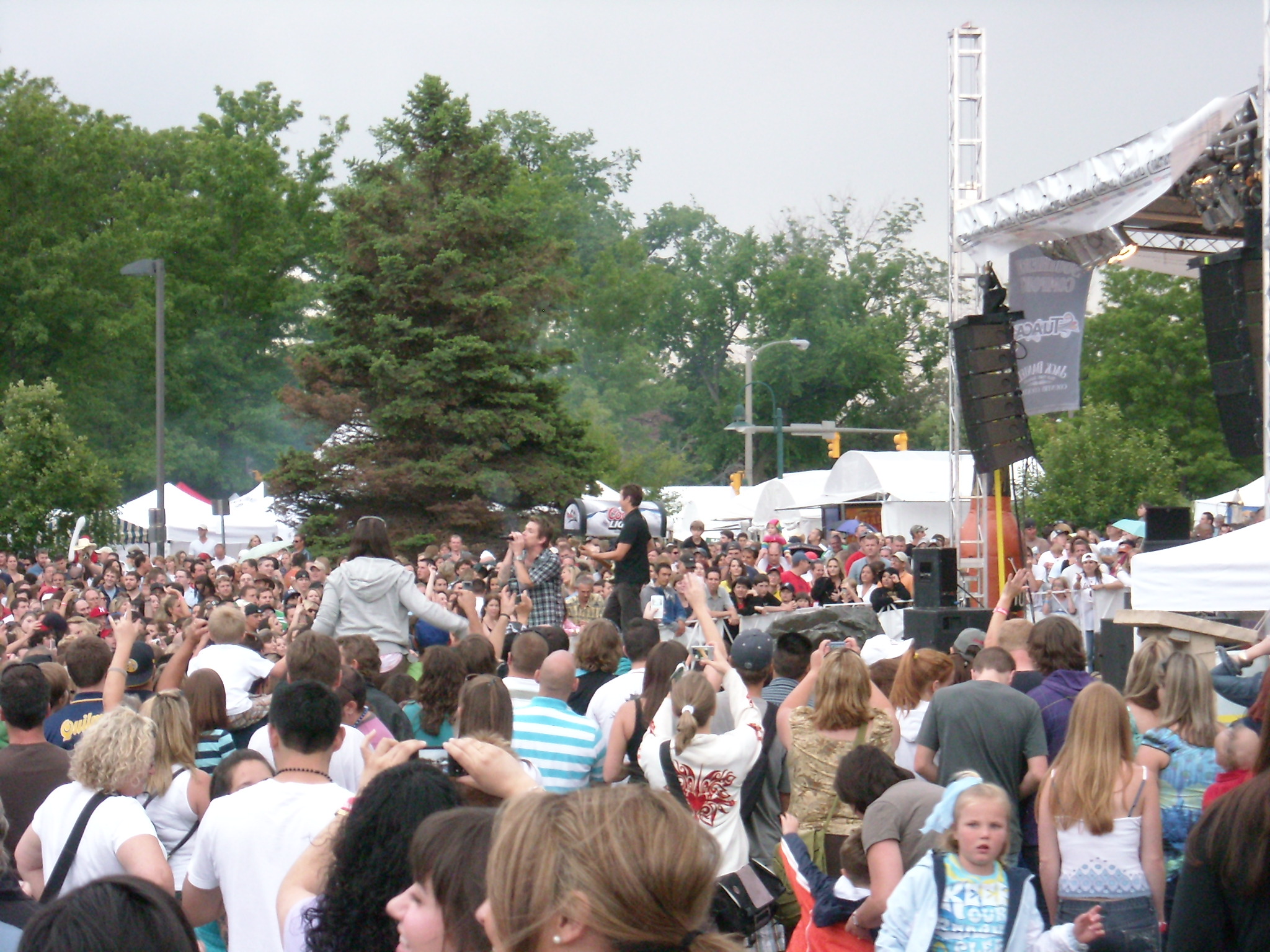 It is a universally agreed upon fact that I am the slowest eater in the world which is probably why it took me almost an hour to finish a plate of Tandoori chicken and naan served up by the Taj Mahal at the Taste of Fort Collins. This did not, however, stop me from talking smack about the participants sitting onstage at Civic Center Park in front of 3.5-pound pies during an eating contest.

“Man, I can’t believe no one could eat the whole thing after ten minutes,” I exclaimed. Ultimately, the sole woman up there was proclaimed the winner as she managed to eat more of her pie than any of the guys. Somewhere in the world, Takeru Kobayashi must be rolling his eyes. At least no one puked.

Eating Indian food and watching contestants gorge their mouths with stomach-bursting desserts were not the only things Raquel, Lisa C., Lisa T. and I did at the Taste of Fort Collins. After all, we had nearly blown our lungs out during the morning’s Run for a Child’s Sake 5k in part to get “free” entry into this festival, and now that we were here, we were going to make the most of it. This included sitting on a large boulder while sipping beers, snapping pics and listening to live music by Single File and Sugar Ray.

The latter was especially good, putting me in a virtual time machine towards my college years when many of Sugar Ray’s funk-metal hits were released. And back to an era when I had much less free time and I was actually not the slowest eater in the world. Yes, it’s true…

You ran the 5k but didn't partake in the pie eating contest? For shame! :) ↩ Reply

There was a time when you weren't the slowest eater in the world? Really?

--- Second slowest eater in the world, second only to Felix... ↩ Reply