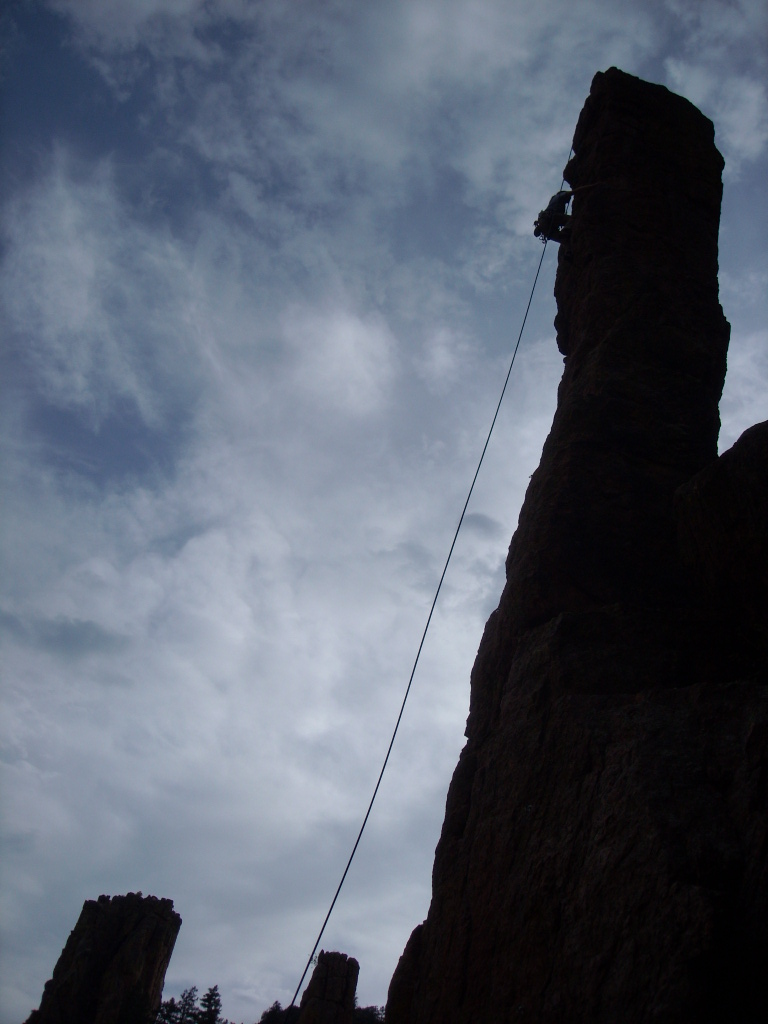 “If you go climbing outside tomorrow with Derek,” Tori wrote, “can I join you guys?”

Even though Tori has lived full-time in Colorado for over a year now and we’ve dinked around on plastic more times than she’d care to admit inside the local gym, we hadn’t climbed outdoors together in our adopted Rocky Mountain state until now. In fact, the last time we climbed together in aire libre was in March 2007 when we were in Boquete, Panama. That was 2.5 years ago. How odd.

Happily, then, the three of us were able to climb together at The Palace within the Poudre Canyon. This is an area Derek had been telling me about for months. It is also a place I’ve wanted to check out for an even longer time since it’s so close to where I live (about 15-20 minutes) and is supposed to have plenty of sport climbing routes on granite. It did not disappoint.

After we parked our car along the shoulder of Highway 14 near our destination, we crossed the Poudre River (knee deep in some places) and hiked about a quarter-mile before settling upon our first climb in an area of The Palace called Mineshaft Wall. Here I lead a wonderfully textured 35-foot climb called Churchill Rejects (5.9+) featuring nine bolts spaced a comfortable distance apart. Derek and Tori followed and we all agreed this climb “flowed” very well.

We then walked north 1,000 feet to ascend a 75-foot spire called The Scepter (5.10a). Derek lead it and then I sport lead it (leading with the quickdraws that Derek clipped still attached to the wall’s bolts). Tori followed and did the cleanup. It was another pleasant climb.

Afterward we called it a day and Tori and I agreed this was a great local spot for outdoor climbing, one that we’d definitely return to. Good thing because it would be a pity if it was another 2.5 years before we climbed together outdoors again.