I wonder if the weather of the last week in the western U.S. had gotten to Harold Camping‘s head. In both his home of Oakland, California and my home of Northern Colorado, dark clouds had blanketed the skies and deluged the valleys—unusual for May in both places. Perhaps Camping envisioned the need for Noah’s Arc before boldly declaring that May 21st would be the end of the world.

“If the world is going to end on Saturday,” I thought, “I might as well go for a bike ride.”

So at 4:00 a.m., I rolled out of Louisville, Colorado with 28 other bicyclists who were lit up like Christmas trees and headed towards the mountains northwest of Boulder and then the plains as far north as Wellington and as far east as Platteville. The following image shows the route and elevation profile, and as you can see—in stark contrast to the Death Ride-like Cripple Creek 300km Brevet I did two weeks ago—the only significant climbing in this randonnée was up Lefthand Canyon and St. Vrain Canyon, both occurring during the first 100 miles. 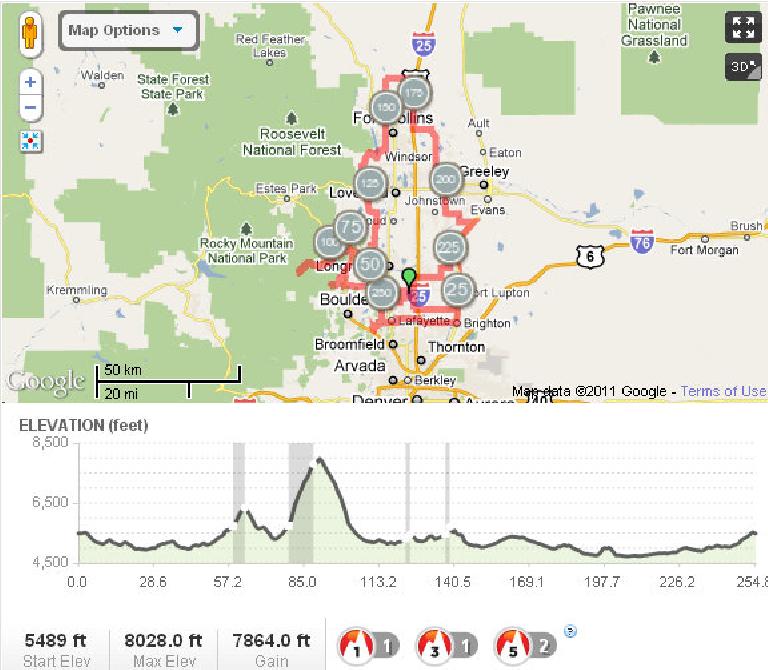 I took it fairly easy in the first 100 kilometers—wasting a bit of time pulling up leg warmers which kept riding down and also having to stop ever 30 minutes or so to water some not-so-thirsty weeds—before finally catching up to some riders in St. Vrain, Lyons, and Masonville. From my hometown of Fort Collins, I rode entirely alone and saw no other brevet riders except for two I passed east of I-25 at various points.

For what was supposed to the Last Day the weather was surprisingly mild (well, maybe not so surprising to the weather forecasters who didn’t get the end of world memo), and we were blessed with clear skies almost the entire day. A northerly wind started to pick up when I reached Fort Collins meaning that I had to ride in a stiff headwind for about 45 minutes, but I really didn’t mind since I knew once I got to Wellington, this wind would be at my back for much of the remainder of the brevet.

In fact, when I got to the second-to-the-last checkpoint at a convenience store in Gilcrest, I nearly was gloating when I said to the cashier, “The weather has been near-perfect except for the wind—and even then, it’s been mostly a tailwind.” 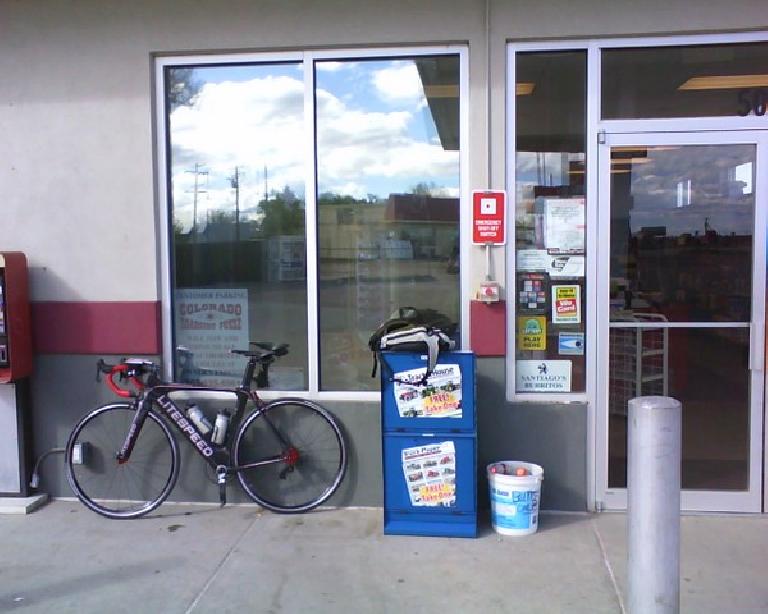 But perhaps one of Mr. Camping’s gods had heard me because almost immediately after, the winds seemed to change. Along with my mechanical luck. With a mere 35 miles to go, my rear tire started to make the dreaded hissing noise before becoming mushy—the clear sign of a flat.

The culprit: a fat staple. It made a hole too large for my Slime Lite tubes to self-heal.

I swapped in another tube in a mere five minutes and was ready to congratulate myself for the rapid response time when the tire basically exploded and almost shattered my right ear drum. Turns out I didn’t seat the tire well before inflating it. I was now down to one spare tube so I was more careful with this one. I couldn’t inflated it to full pressure with a 12-gram CO2 cartridge, however, and I was soon paranoid enough that I was going to consequently get a pinch flat that I stopped a mile later at a gas station to re-inflate the tire with compressed air.

So I ended up losing 20 minutes due to the flat. Next time I think I’ll bring three spare tubes and 16-gram CO2 cartridges.

I still made it to the end before darkness, and on the drive home I reflected on how it was a good, mellow randonnée. And not my last one. False prophets aside, it is almost never too bad of a day in May to go for a bike ride.

The following are some things I should take care of before my next brevet, which will be 600 kilometers. 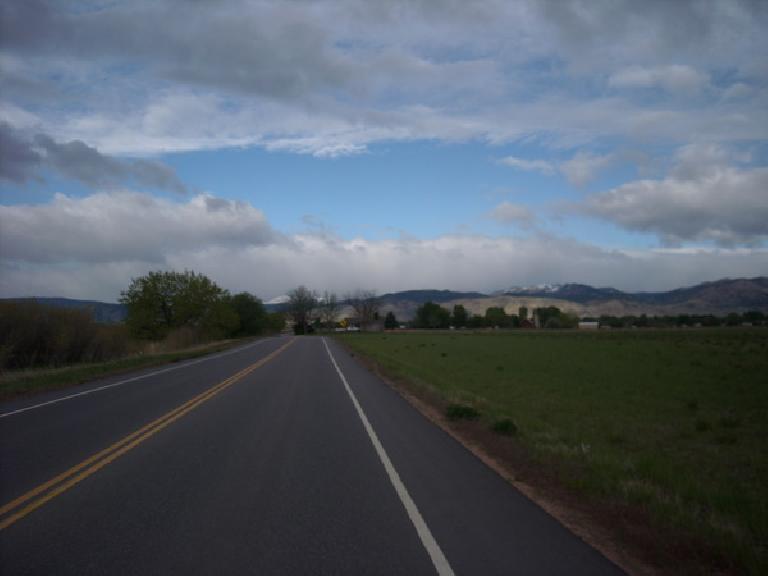