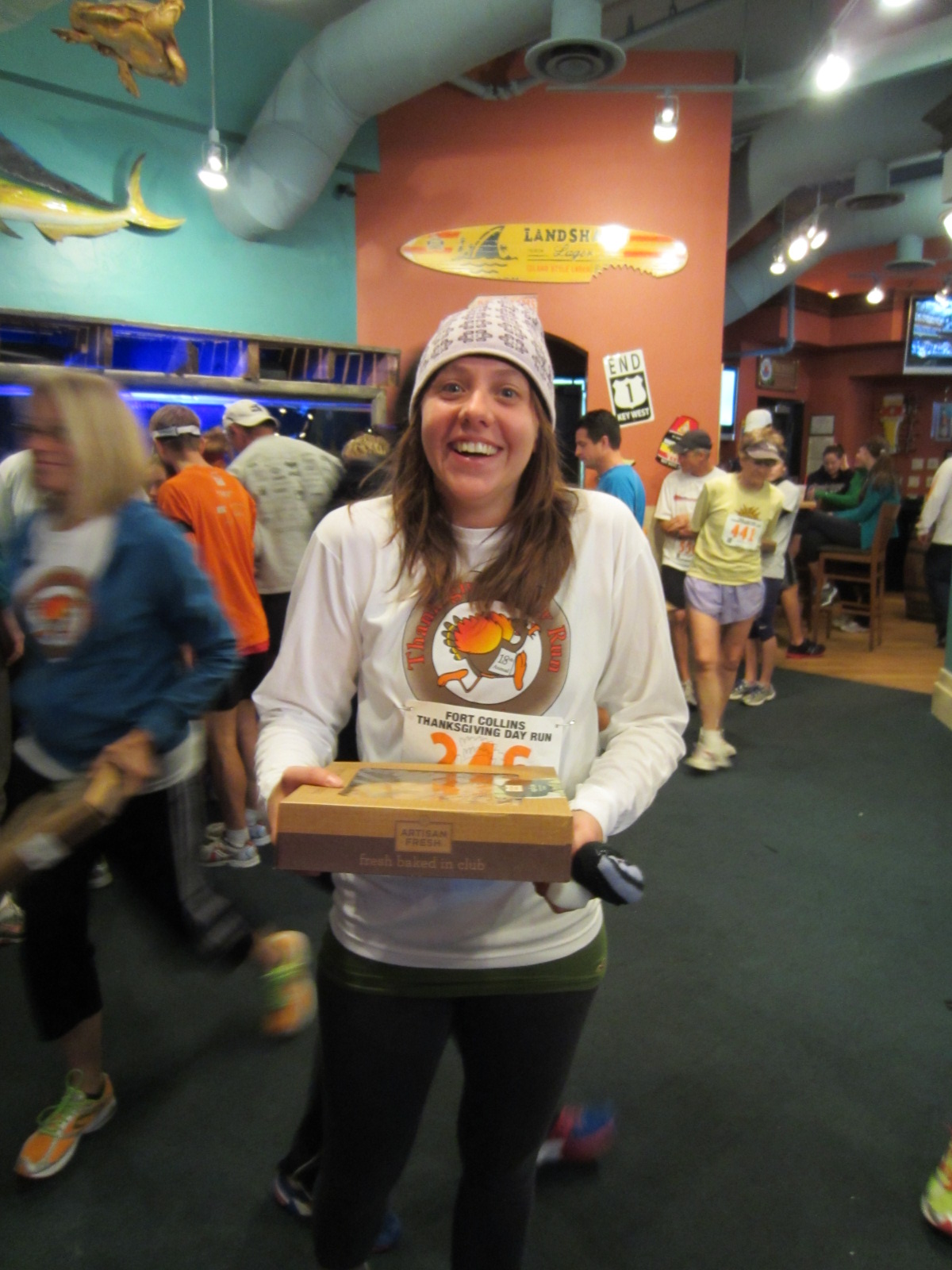 It’s not very often that in a running race I am weaving through throngs of strollers, small-wheeled kick scooters, and turkey heads. But Thanksgiving is only once a year, and this time instead of trying to complete the run in the fewest minutes possible, I ran with Kelly because she thought it would be fun if we ran together. Indeed.

The weather was pleasant enough: 44 degrees, plenty of sun rays and air as still as the Statue of Liberty. We watched the half-mile Gobble Gobble kids run before proceeding to the start area for the adult race, wedging ourselves about halfway into the pack of 2500. We intended to stay ahead of the strollers and a woman carrying a dog, but once the race got underway this proved to be challenge considering that the lazy canine could not have weighed much more than nine pounds, and some of the moms and dads were virtual steam engines pushing their kids on wheels.

We actually had quite a battle with the strollers. Some of them caught and passed us in the first couple miles, but by the halfway point the terrain pointed oh-so-gently upward so I decided to pick up the pace a little, hoping to tow Kelly past those rolling contraptions. It worked for a little bit. But the the road went oh-so-gently downward and the strollers were passing us again. And then Kelly paused to walk.

She exclaimed something about needing to catch her breath but I assured her she was doing great and that she was well on track to beating her last year’s time. As long as she kept running, I added. She did.

In fact, she was able to pick up the pace enough by the final turn that we were able to catch—and pass—those kid pushers. Final time: 42:10 for four miles. More than five minutes faster than Kelly’s 2010 time. Quite amazing, frankly. And she was right—it was fun running with her.

We stuck around and encountered quite a few friends, including several who were fast enough to win pies (e.g., Cathy, Diana, Lisa and Nick). We then hung around longer inside the Beach House Grill to clutch some extra pies that were given away after all the awards were presented. Kelly got an apple pie and I received a a pumpkin pie—really fortunate because Tori had strongly hinted earlier in the week that I must have one at our Thanksgiving dinner later in the evening.

Garmin Data (note: I stopped the watch about 30 seconds too late)