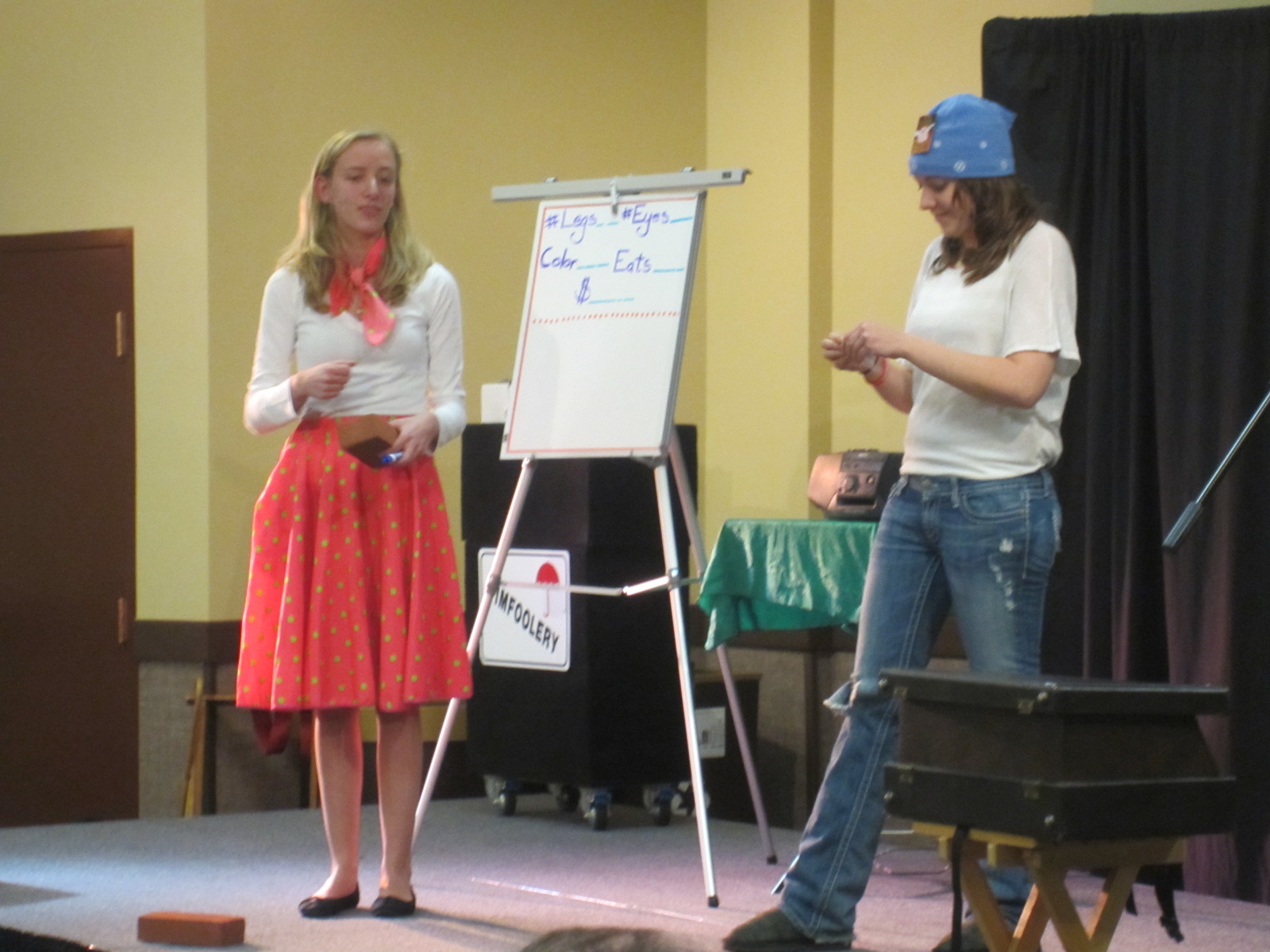 I’ll admit it: I was disappointed when I realized there was no Elvis impersonator scheduled for this year’s First Night Fort Collins—even if the one who last graced Fort Collins with his “King”-like presence was about as convincing as a man with stick-on sideburns and kung-fu-like flailing arm movements possibly could be.

But I was wrong. Happily, there was an Elvis after all. Never mind that he was clearly lipsynching and was so short that he could barely reach the microphone. And he didn’t bother with the stick-on sideburns. In fact, the imposter was a pig.

If by now you had guessed this was one very talented living piece of pork, you’d be absolutely correct. Mudslinger also could do Michael Jackson’ moonwalk and bob his head while impersonating Stevie Wonder. His buddy, Digger, was also fairly impressive even if he was convinced he was more canine than porcine. He ran through hula-loops and responded perfectly well to commands such as “sit” and “roll over” as if his name was Rover.

Top Hogs was just one show put on by Downtown Fort Collins’ annual First Night Fort Collins 2012. In fact, there were a total of about 100. For a $10 entry pin, you could have watched as many of these shows as you could have (six) within a 4 hour, 15 minute time span. For example, Kelly and I attended the following:

Of all the above, I’d have to say the Presto Digitators Magic Show was my favorite. This is because Kelly was picked to be in it instead of any one of a raucous, out-of-control crowd consisting of many pre-teens.

You can get a sense of some of these peeps in the video below, in which a youngster lectures Lauren the Magician about how throwing a foam brick into the crowd was “unsafe” and even gave her a show of “Italian hands” to voice his displeasure:

In addition to tossing the foam brick into the crowd, Kelly was asked to draw any animal that came to mind onto a small piece of paper (she drew a giraffe), and another one of the crowd’s choosing onto a large posterpad. This one was an animal that had 17,000 eyes and 4 legs that eats plants, fish, and human flesh.

Then, at the end, she was asked to pull out a piece of paper from a tube that was in a rectangular box—and lo and behold, it had a picture and description of the creature she had just drawn! There was definitely some sleight of hand tactic involved with the magicians.

We ended off the event by seeing Sven Jorgensen’s Circus Extraganza—which involved a lot of juggling and balancing acts—and visiting with Dave and Shantel who also were there. We all agreed that First Night Fort Collins was a fantastic way to end a great year, and also begin a new one.