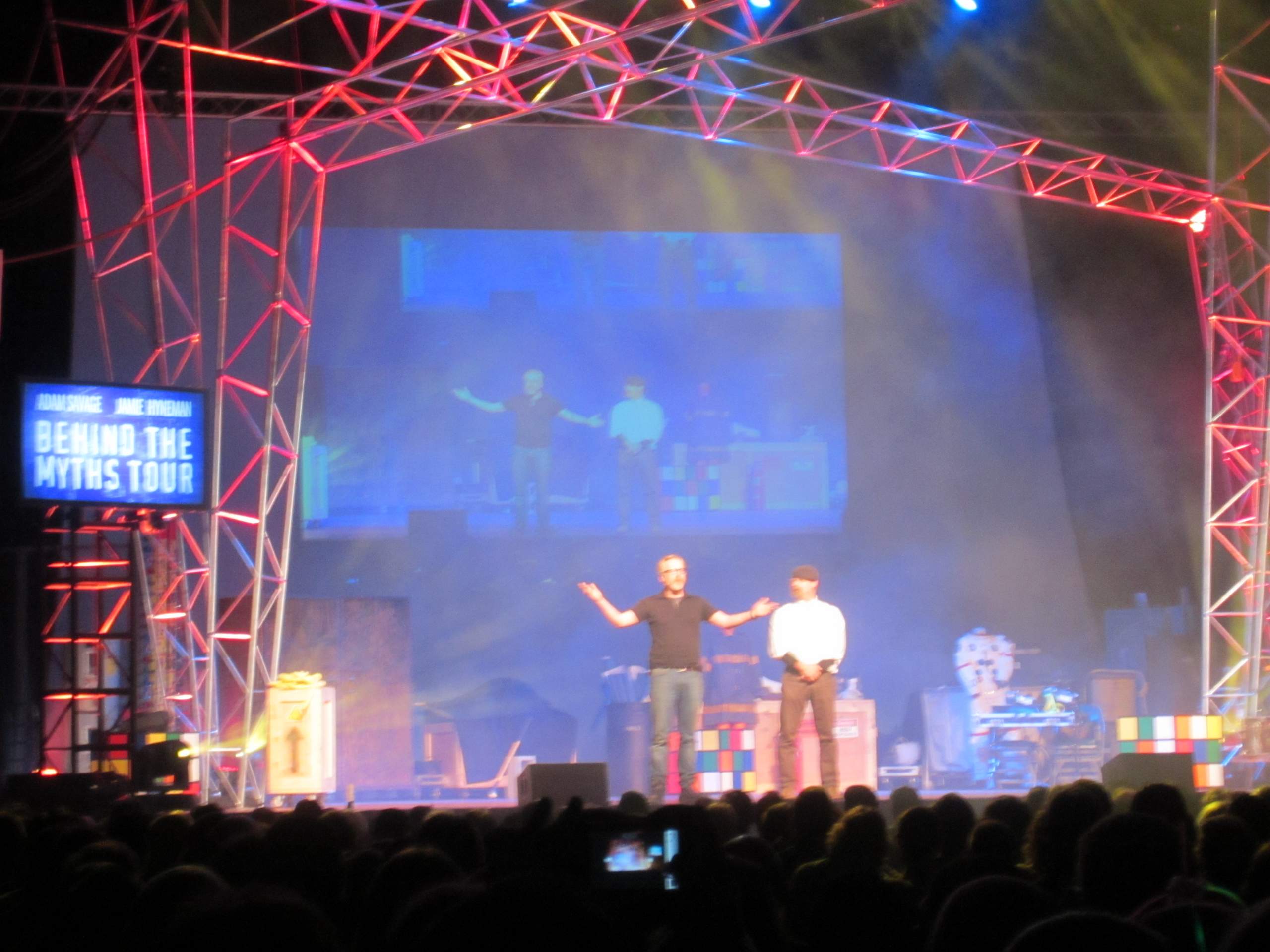 In early December there was a week when I was repeatedly reading about the famed Discovery TV show Mythbusters in the news. First, there was the “tragedy” where one of its experimental cantaloupe-sized cannonballs overshot its target and went through a suburban house and then a minivan, just about a mile from Tori’s old home. Then I read in the Coloradoan that the Mythbusters crew was going on tour, including a stop at the Budweiser Events Center in Loveland.

Out-of-control projectiles shot from homemade contraptions must not scare me that much because then I purchased two tickets for the Loveland show: one for myself and another for Kelly. I wouldn’t have to drag her out kicking and screaming like I do in some Tortoise & Hare races, for example. This is because she is a bona fide science geek, er, buff.

This was the itinerary of the show:

Below are some videos I took at the event. This was the paintball gun versus suit-of-armor demonstration:

And this was the explosion:

The show was less educational than I expected, but extremely entertaining. “Adam and Jamie have the coolest job in the world,” I enthused at one point.

No one got hurt and no buildings were destroyed. Kelly and I also managed to not get hit by any errant cannonballs.