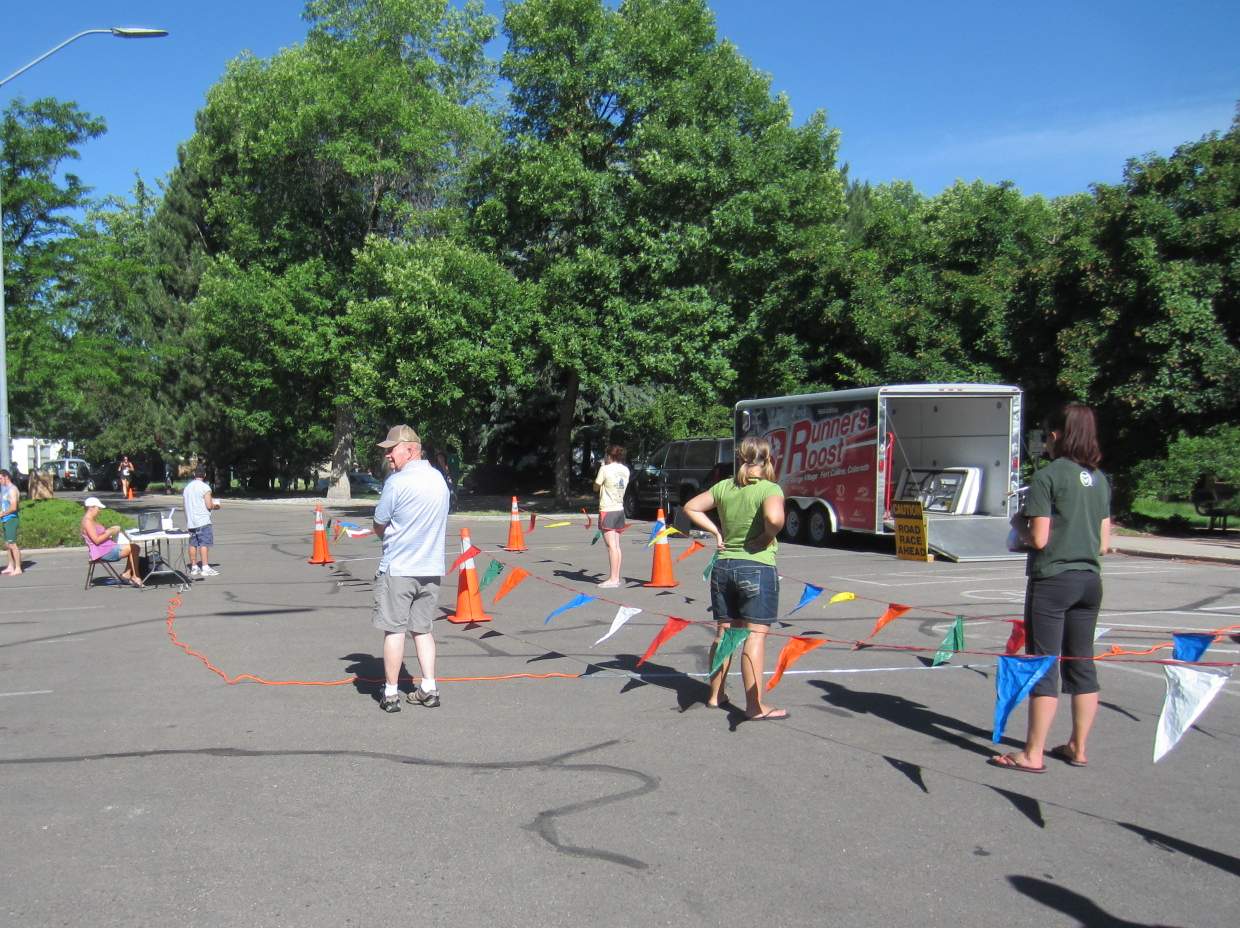 The Run for a Child’s Sake 5k was my second five-kilometer race in two weeks. Think last week’s victory has enticed me into entering more frequent run competitions? Hardly—in fact, after the rare win I’d have been just as inclined to hang up my shoes for the rest of the year and go back to focusing on manic engineering projects. So why this race just a week afterward?

Blame it on the steep-discount voucher sites. And the Taste of Fort Collins.

Deal Chicken, you see, had a limited-time bargain going on where, for a mere $10, the purchaser gained entry into the race AND the Taste of Fort Collins for that same day. Considering that the 5k participants got freebies like a decent-looking baby blue cotton tee and bagels and oranges afterward, and the the normal entry fee into the Taste of Fort Collins festival (including the excellent Everclear concert) would have been $10, I’d say this was a deal that would have made any door-to-door salesman beam with pride.

Anyhow, regarding the race: I did it three years ago, finishing in a decent 19:01 and 7th place. But the course was a tenth of a mile short and I was in better shape back then. Therefore, I fully expected a slower time and a worse finish today. That by the time I arrived at the race venue it was nearly 80 degrees already didn’t improve that prognostication.

Short rundown: Almost from the get-go, I found myself in sixth place. The first four runners were clearly too fast for me so I didn’t even try to stick with them. The fifth runner was a bit more my speed. For the first two miles, I managed to keep him within 100 meters of him, and then with a mile to go I made my move.

I think the runner was starting to struggle a little bit whereas I started to surge, so I ended up catching him with half a mile to go. My muscles were straining but I didn’t let up, ultimately putting on an additional 17 seconds on the runner. I crossed the line in 20:04 in fifth place. Top five—definitely was happy with that.

Never mind that if I didn’t start my Garmin 0.2 miles late and had a more accurate reading on my time, I might have dug a little deeper just to finish under 20 minutes—something I haven’t done in years on a correct-distance 3.1-mile course. Ah well, that’s merely academic.

But that was a satisfying result from what would be my last race of June. That is, unless another gangbusters of an offer from Deal Chicken lands in my inbox again.