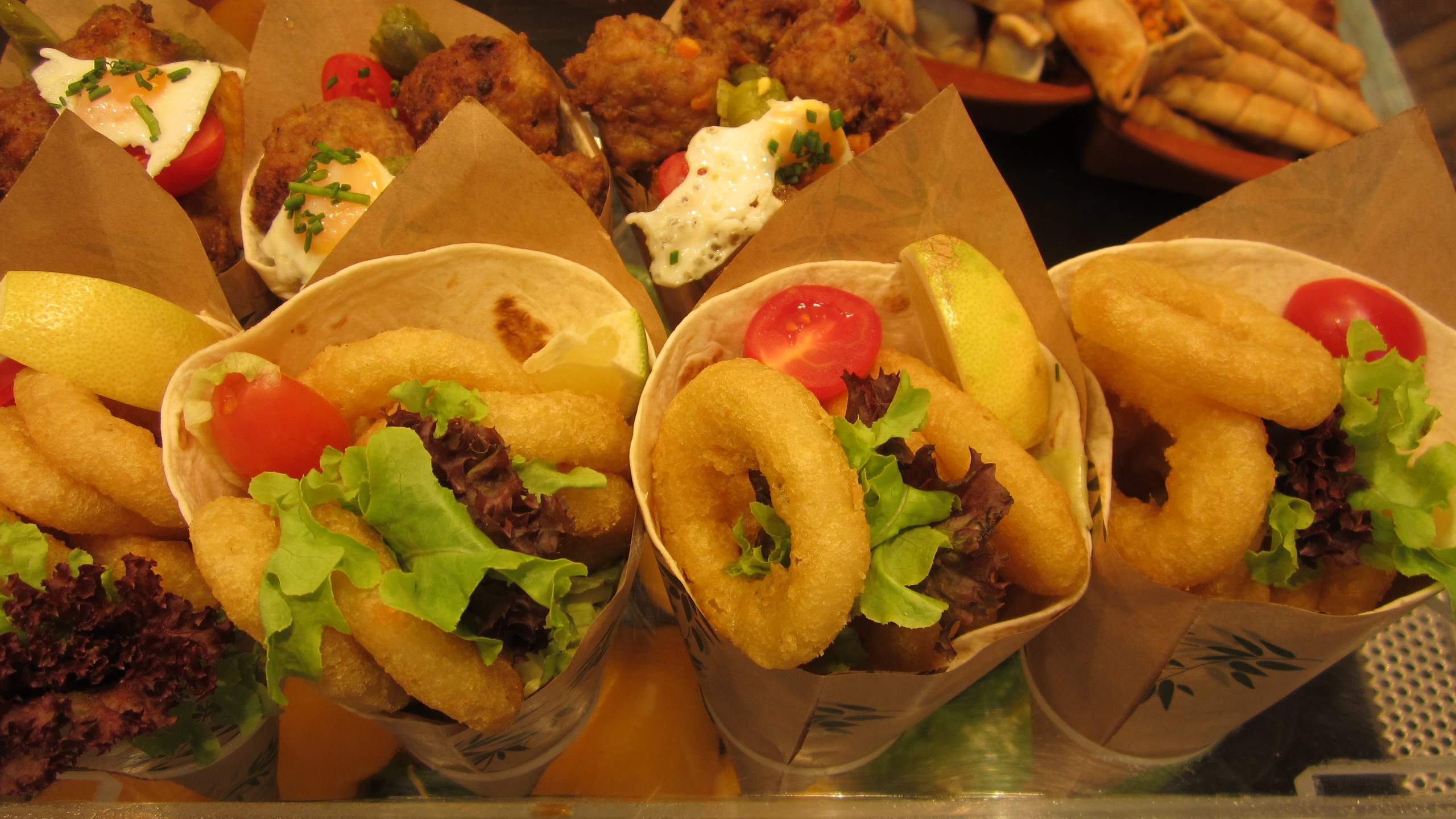 “Have a bocadillo for me,” said my friend Karla, a member of my Spanish conversation group, when she heard that I was going to visit Spain.

I had no idea what she was referring to but I quickly found out as there were many restaurants in Barcelona that were selling them in the middle of the day. A bocadillo, it turns out, is a Spanish sandwich on a mini-baguette. The contents could be cured ham, or Spanish omelette, or even calamari, for example. Imagine a slightly smaller sandwich from Subway with crustier bread and much less vegetables and you kind of get the picture.

All of the bocadillos I ate, actually, did not taste as good to me as a Subway sandwich. They tended to be rather simple and plain, resulting in this Spanish food icon seeming rather bland with only a few ingredients. They were portable and cheap, though (generally about 3.5-4 euros, or about the cost of a foot-long Subway).

But that would be the only item of food that I found a little disappointing in Spain. Spain, after all, is home to paella and tapas. The former is a rice dish which—in only the most recent generation—often incorporates seafood, and the latter is best described as small entrées, much like appetizers. A person can order a lot of tapas to make a big meal.

I got to enjoy many 3-course gastronomical delights in Spain courtesy of VaughanTown in Valdelavilla, where I volunteered at to help Spaniards practice their English. Photos are below. Some of the foods probably did not originate from Spain, but were delectably satisfying. I would almost return to Spain just for the food alone.