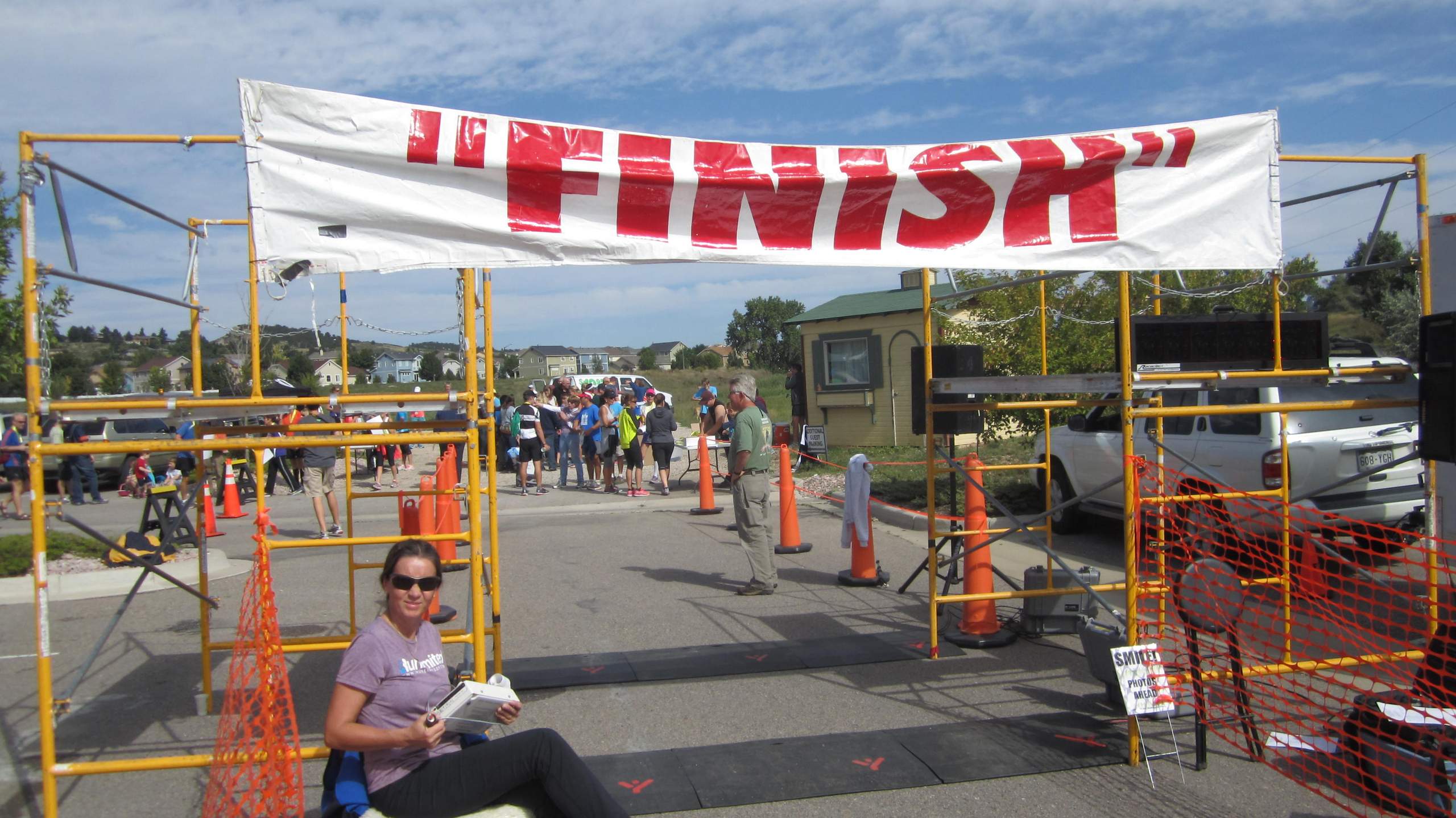 There was only one reason I ran this race: time. Four out of my last five marathons had been greater disasters than the Edsel. So this year I skipped the Tim Ferriss “don’t bother with the long runs; just do speedwork instead” antics and actually did runs over seven miles. Never mind that three out of my four long runs over 18 miles were also complete disasters; my final one—just last week—actually gave me hope for running a sub-3:30 marathon for the first time since May 2011.

There was another reason for Fred Rogers-like optimism: this was a net downhill course. And I have been in decent shape this year. Which could explain why in this race—dubbed the Fall Classic Marathon which went from Estes Park to Loveland, Colorado—I was able to tick off most of the first nine miles in the low seven-minutes-per-mile, and push the pace to sub-seven-minutes from Miles 9-14. After Mile 9 I passed and stayed ahead of the four lead women who were engaged in a really impressive battle (they all ultimately finished in consecutive places within two minutes of each other) until Mile 19, when blisters and fatigue were starting to set in and they caught me. I even felt halfway decent from Miles 21-24, where there were some significant uphills.

But with 1.6 miles remaining, I did have an epic collapse again. This time, literally.

What happened is that my lower left leg completely seized. Then my left quad clamped up like a vise and I went down on the ground. Then my lower back experienced a cramp. I lay face up on the ground for 10-15 seconds waiting for the body parts to unlock, all while softly repeating a four-letter word under my breath. Two bystanders ran over to offer me a hand to get back up, but I refused the help despite appreciating the gesture.

I now knew first hand how Julie Moss‘ legs could no longer support her as she took a spill in the 1982 Hawaii Ironman so close to the finish line (in her case, less than 50 feet from what would have been victory). Sometimes the body can just no longer go regardless of whatever mental commands given to it.

In my case I think it was dehydration. I drank Heed or water (mostly Heed) every aid station but it wasn’t enough. It certainly wasn’t due to a lack of electrolytes! (I ate two sodium- and potassium-containing Clif Shot Bloks—which I carried in my hat pocket—every three miles like clockwork.) It didn’t help that during the last 10 kilometers—during the warmest part of my race—a water stop that was supposed to be at Mile 21.9 was missing, I think.

Anyhow, I eventually got up and managed to run the rest of the way at nine-something-per-mile pace, being on the verge of seizing up during that entire time. (In fact, with 0.2 miles to go, my right trapezius did.) All I could do was limit my losses, to not cramp up and collapse again.

Ultimately, my performance met my upper expectations. I missed out on my dream goal of 3:15:00 by only a few minutes, which would have qualified me for Boston again in 2016 (the race result is good for the next two Bostons). But the end result of 3:18:48 was still a lot better than my real goal of getting back to under 3:30 again.

It feels really good to get that monkey off my back.

Here’s a photo of me, Bob—who finished in a smoking 2:55—and Dan, who crossed the finish line 10 seconds behind me and placed second in his age group in his first marathon back after a broken foot bone injury. Dan and I had done several races together years ago, so it was great to get to do another one with him after all this time.

What a dramatic finish! But you did it. Congratulations! ↩ Reply

Thanks, Lisa! I seem to have a flair for dramatics so close to the end of races. :O ↩ Reply

Nice job (despite the collapse)! Thanks for your listing of items to consider about the marathon, they were all things I was thinking about while running the race and then promptly forgot when I got home. I am glad to hear that calf soreness is normal - I've never done a downhill event before! ↩ Reply

Great race in spite of the collapse! Thanks for playing leapfrog with me a few times... it kept me entertained.

In the race's defense, the website was clear that there wouldn't be transportation back to the start line, so that one is on the runner. But I agree that there are some kinks they need to work out for next year. ↩ Reply