Back in early July, I participated in a running study for an upcoming consumer device named runScribe that is now on Kickstarter. The device was conceived by two men who had once worked together at the U.S. Olympic Training Center in Colorado Springs: John Litschert, a biomechanist who now lives in Fort Collins, and Tim Clark, an electrical engineer who resides near Half Moon Bay and has created some of the world’s most popular video game peripherals. It clips onto the back of your shoe and records biomechanical data to provide a 3D view of how you run. The data includes stride rate and length, impact Gs, braking Gs, pronation excusion and velocity, contact time and speed—useful for getting insight as to how you run and what changes you could make in order to run faster and more injury-free.

For the running study, I spent an hour inside John’s home laboratory, a good part of which was spent running on a treadmill. His home lab was more of a high-tech gym, and his treadmill was definitely customized heavily by him, tracking a lot of extra details a typical one never would. John attached the runScribe “pod” to the back of my left shoe, which he noted was the most minimalist shoe anyone had ever used the device on. Normally the pod simply clips onto the back of the shoe as below: 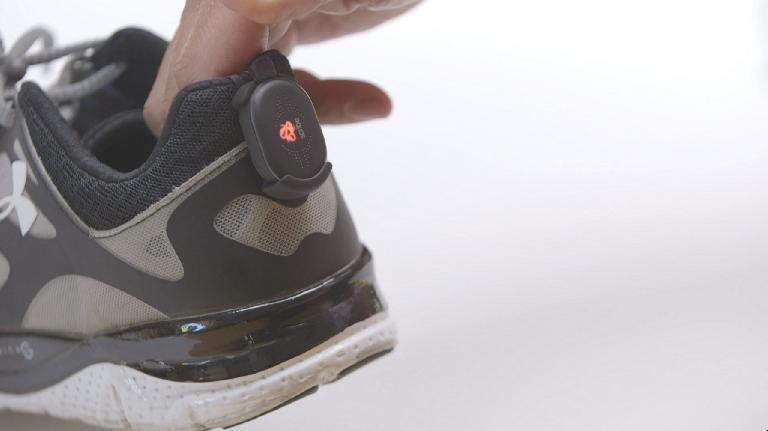 but because my shoes are so flimsy, he recommended bonding the pod to the back of the shoe with, for example, silicone adhesive like this: 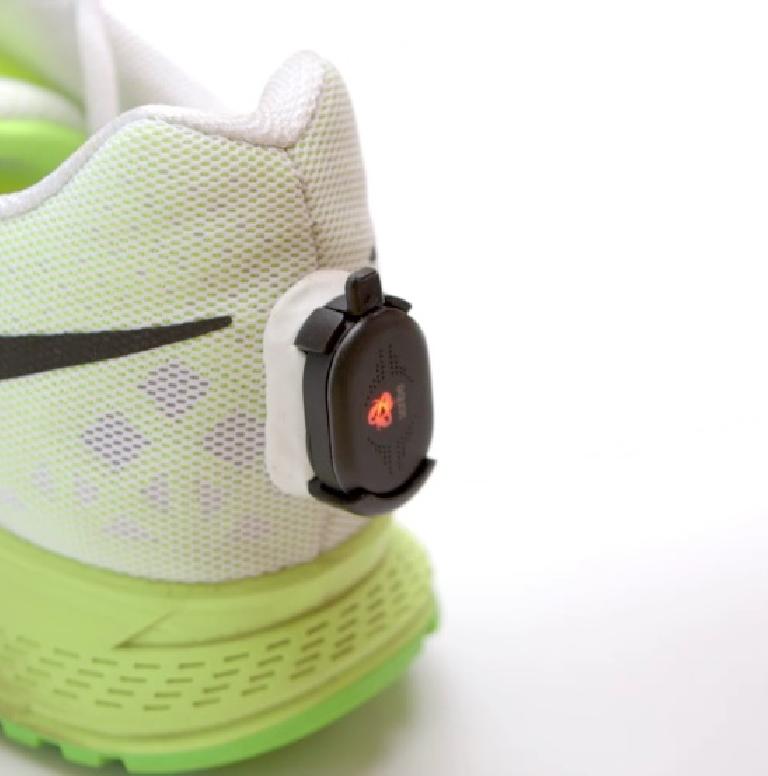 For the purpose of the study, he merely duct taped the pod to my Puma H-Streets. Good enough.

After warming up at an easy pace on the treadmill for 20 minutes, John had me run seven two-minute intervals at various paces ranging from 7:36-9:18/mile. Turning the pod on required a firm stomp of the foot. During the intervals I couldn’t even feel the pod, considering it is only marginally larger than the size of a quarter and is super light.

The following month, John sent me the data he collected and analyzed. It is below.

Below are some of the metrics John presented at the Calgary Running Symposium in mid-August. I am Subject #4; I think Maureen is Subject #5. 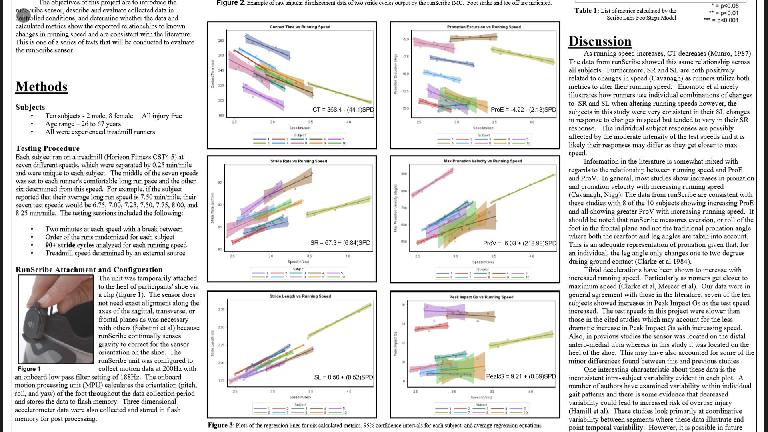 Insights Into My Running Form

After taking a look at the data, I sent John the following:

Regarding the data, it is super interesting to me. Some things I am getting from it, if I am interpreting it correctly:

It seems like to run more like an elite runner, I could benefit from striking the ground more softly and run with a slower stride rate and longer stride. Up until now, there was no way for me to measure any of those parameters; with your device, it looks like I can. So I think I am sold on it, assuming it not too costly.

To which John responded,

Back to your data…the information you pulled out of the data I sent you is pretty much right on. Your impact Gs are high but not crazy “through the roof” higher than others. Because you tend to be a mid/forefoot striker you can utilize all your lower extremity joints (ankle, knee, hip) to help attenuate those impact shocks; whereas, heel strikers will only have the knee and hip joints to try and do the same. BUT, because we measure the Impact Gs at the foot, we can’t say how well your joints are acting as shock absorbers. My guess is pretty well, since you seem to avoid a lot of injuries. I’m still a proponent of trying to lower the impact forces at foot strike even though I know a few folks like yourself that seem to stay pretty healthy despite seemingly high impact Gs. I know more like myself though, people that have higher than average impact Gs and are fairly injury prone, and that is pretty consistent in much of the research. And as we age I think impacts are harder to deal with. That’s my personal observation anyway.

Also, here is a pretty good article on SR and SL and how different runners utilize different combinations to alter speed.

I see your high SR as a plus and I’m not sure I would recommend intentionally trying to reduce it. Most people really struggle to get their SR as high as yours. What I might suggest doing is during your interval sessions at race speeds or faster try lengthening your SL just a little. Because if you want to increase your speed, your SR is probably already near max so the only way to move faster is to lengthen your SL. BUT, be careful, because you will feel like you are over striding at first and your calves and hamstrings may start to scream at you. You can also do “strides” which are 50 to 100 meter runs at or near race pace were you purposefully over stride to get the feeling of it.

Thoughts About the Device

I think runScribe is brilliant. The data it collects can give you insight into your running form as exemplified above—data that no other device can currently provide.

It is small and inconspicuous enough to be comfortably used during training and racing. Furthermore, its price point—$99 for the runScribe Starter (limited metrics) edition to $139 for the Pro Edition on Kickstarter—is very reasonable. (In comparison, a low-end Garmin that only measures speed and distance costs that much without providing any biomechanical metrics.)

One downside for me is that it currently only interfaces with iOS and Android devices. As a Microsoft fanboy who only has Windows PCs, tablet and phone (and xBox), I am currently out of luck as I wouldn’t be able to upload any info from the runScribe. This is the only reason I have not made a Kickstarter pledge for the device.

However, this may change in the future. Tim wrote me saying,

We have gotten a number of requests for non-iOS/Android Bluetooth Smart support and are currently contemplating adding a dongle-based solution for Windows/Mac users. Stay tuned.

But if you are an avid runner and do own an iOS or Android phone or tablet, I highly recommend you check out runScribe. It was a Kickstarter’s Staff Pick and the Kickstarter campaign ends on Friday, September 19. 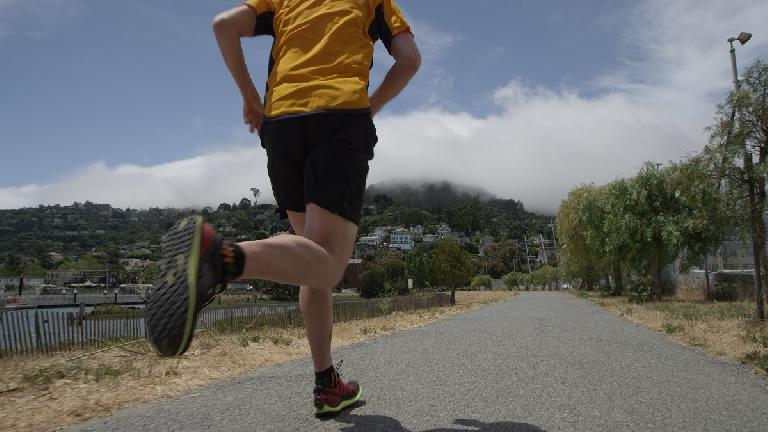 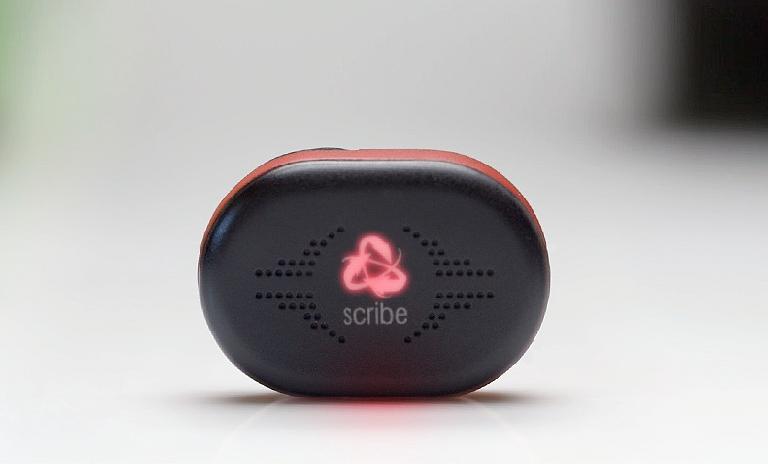