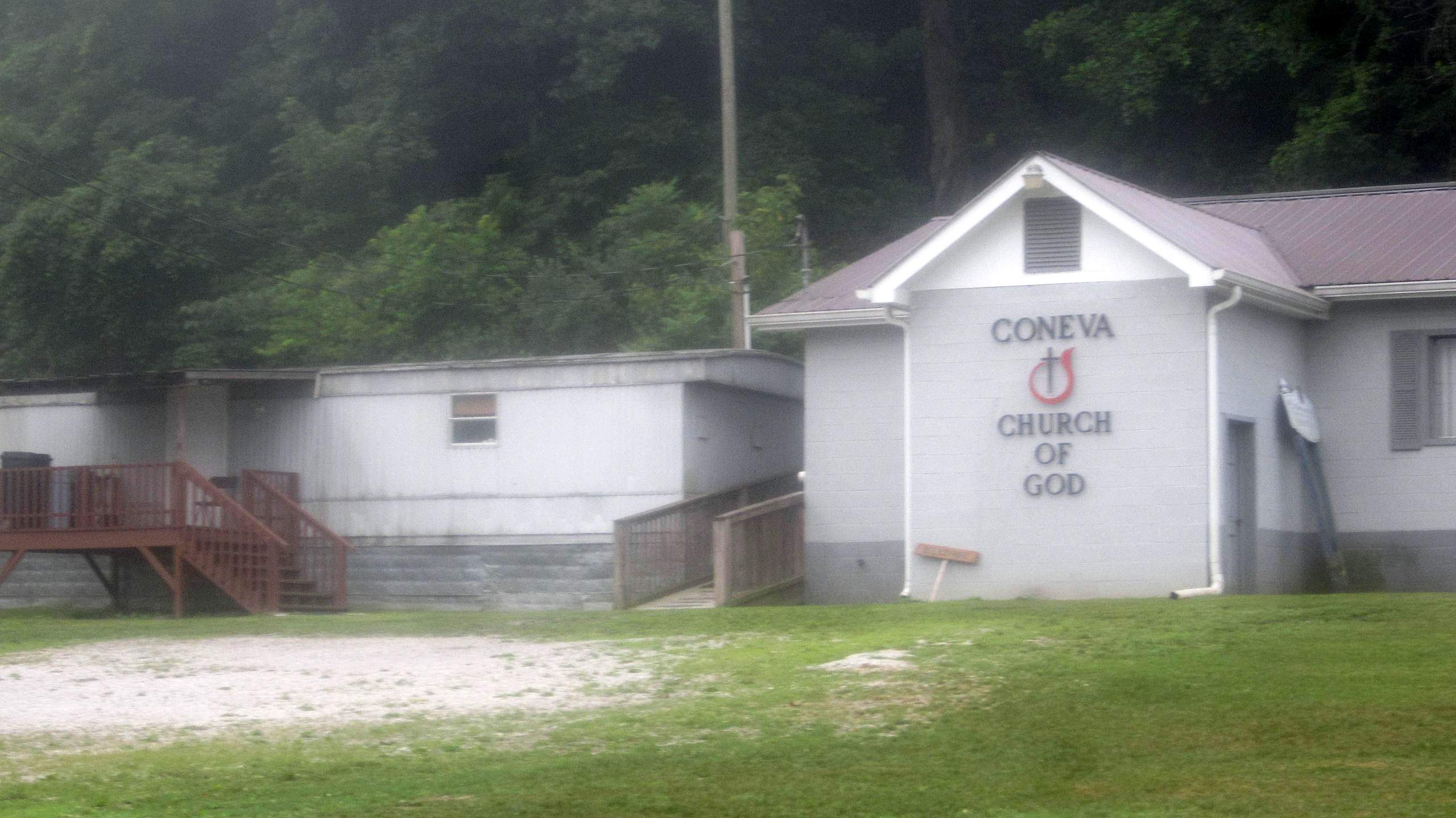 Did you encounter any people when you went to sleep or when you woke up? No police activity? Were the places you slept in legal? You did arrive very late at night and left early in the morning, so it's possible no one ever saw you come and go. ↩ Reply

l only encountered people once, at 12:30 A.M. at a church in Chavies, KY (shown in the featured photo of this post). A couple guys living next door to the church must have seen my lights so they came out wielding a rifle and shouting, "Anyone need some help?" They kept searching so I came out from behind the porch and replied, "Sorry, cyclist," and explained I was biking across the country and just pulled over to get some sleep. They were relieved, saying that I scared them, although they added, "I bet we scared you too!" They were nice and took no issue with me sleeping on the church deck.

The other times, I was much stealthier and usually was gone before daylight broke. :) ↩ Reply

Does anyone carry a bike lock. Seems it would be easy to sleep so hard that someone could walk off with your bike. ↩ Reply

I carried a lightweight cable lock which I used a few times (including a couple times before the race to run errands), but I ended up shipping it back home when I arrived in Newton, Kansas. After that I simply brought in my bike into stores such as Walmart and Walgreens. Employees for the most part understand and do not care that you do so as long as you are not, say, blocking exits or product displays by doing so. ↩ Reply