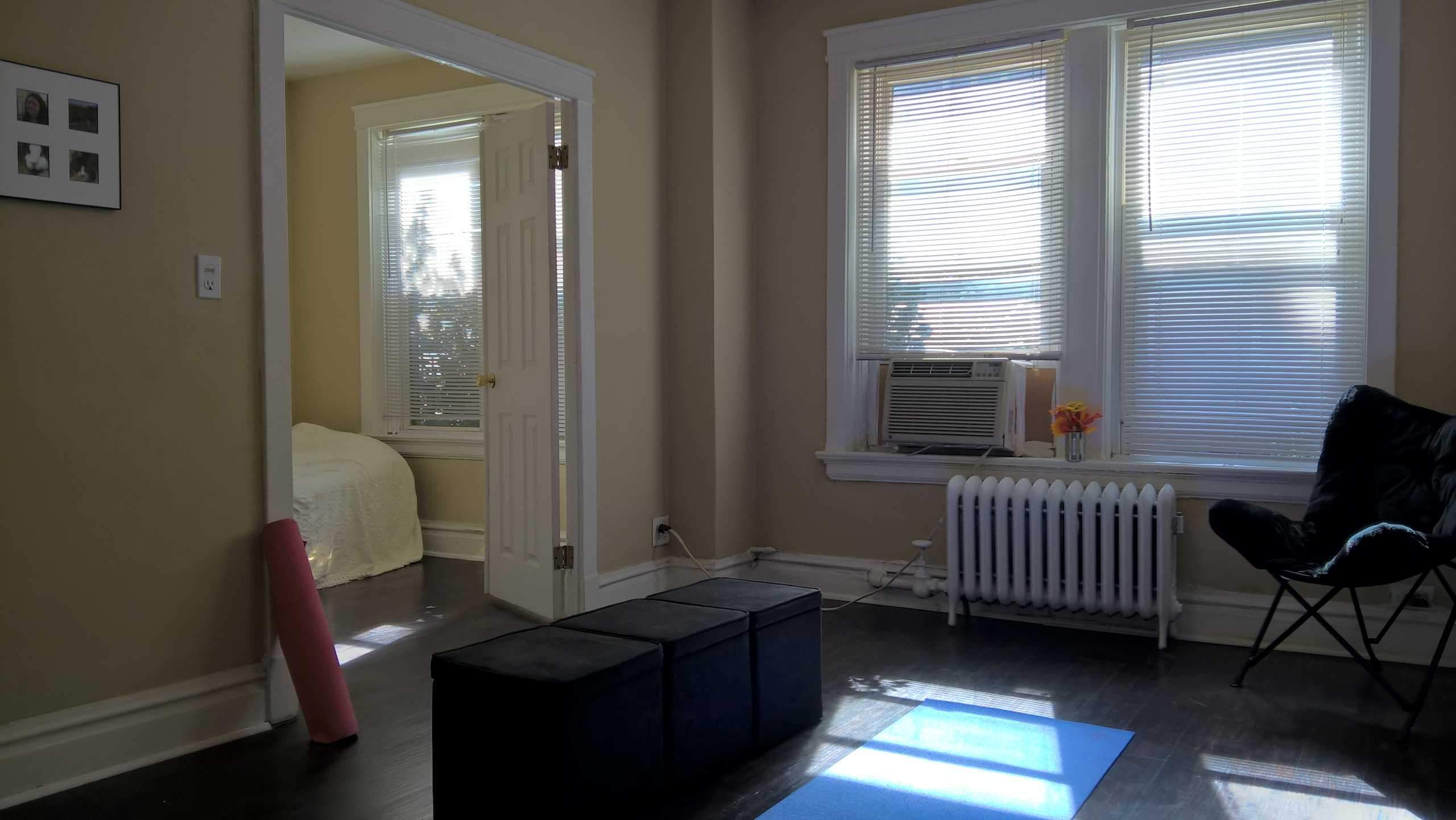 Starting the middle of August, Maureen has been attending graduate school at Washington University in St. Louis so I am now living part time in the city of the Gateway Arch. I still have my home in Fort Collins and live there the rest of the time, so my current plan is to bounce between short-term apartments in St. Louis while I sublet out my FC home. Initially I was hoping to find furnished short-term rentals but I was unable to find one that met my criteria for location and budget within the first few days of my arrival.

Thus, on my second day in St. Louis I signed a lease for an unfurnished one-bedroom apartment in a fantastic location: only five blocks away from Maureen’s dorm and in the heart of Central West End, which is a pretty yuppyish area that is starting to garner comparisons with Chicago’s upscale Lincoln Park. It is also a block away from Forest Park—the nation’s seventh largest urban park where I can be found running Strava segments—and within two blocks of the public library, Starbucks and Panera Bread. Stores like Lululemon and ethnic restaurants abound and a new Whole Foods is set to open in a couple months. In fact, the Whole Foods is right outside my bedroom windows, only twenty yards across the street.

But there still was the matter of furnishing the space. Since I will be here for only a few months before jumping over to another nearby short-term rental, I did not want to have a lot of stuff to have to move. Nor did I want to spend a lot of money on this second residence.

Turns out I was easily able to furnish the apartment by visiting only a few stores: Goodwill, Dollar Tree, Target, and Trader Joe’s. Goodwill was my first choice since everything there is effectively reused and appeals to the environmentalist in me. Dollar Tree was my second since it has basic household items for only a buck. Target was my third choice since it sells trendy items at affordable prices. Trader Joe’s was where I got a few items like soap that’s a little nicer than the dollar store stuff.

Below is a list of everything I got to furnish the Minimalist Apartment. Costs include taxes.

Some things I did not include in the above were garbanzo bean cans that I am using as a vase (see photos) and utensil holder. They were essentially free since they would have gone in the recycle bin otherwise. Nor did I include a bottle of white vinegar from Trader Joe’s, which I primarily use for salads but also mix with water inside the spray bottle to use as a cleaner.

Basically, I was able to furnish the whole apartment for one-third the cost of a new iPhone. And it is comfortable!

I especially love the faux fur butterfly chair and yoga mat. The black ottomans are also very versatile, easily configurable to make something like a chaise lounge or be used as impromptu chairs and side tables. They also serve as storage. When it is time to move, I can fill them with kitchenware and linens, requiring fewer trips to the car.

Speaking of moving, one great thing is that I should be able to easily fit a passenger and everything above inside the PT Cruiser and still be able to see out the windows. This is especially appealing since it means that I can store all the furnishings inside the car in between apartments, during which I may be home in Fort Collins. This means I will not have to find or rent storage.

The apartment won’t be confused with the Ritz, but I quite like it.

Update January 5, 2016: My lease expired in late December and hence I moved out. I was able to pack up the minimalist apartment in about one hour!

When you leave this apartment, take some photos of the stuff that you have accumulated (or not). I've found maintaining a minimalist lifestyle requires constant work and vigilance! For every thing that comes in, I try my best to get rid of one or two old items. ↩ Reply

Good idea, Adam! So far, since writing this post, I've accumulated only a race volunteer T-shirt (which I had to accept and wear in order to volunteer; plan on giving this away) and some $1 fake blaze orange leaves for the "vase" since I got tired of collecting leaves from outside. Other than that I've only accumulated food. ↩ Reply

What happened to the chair from target. I just bought two and they have horrible reviews. ↩ Reply

I love it and still have it. Very comfy. I think it is a great chair. Good luck with yours! ↩ Reply