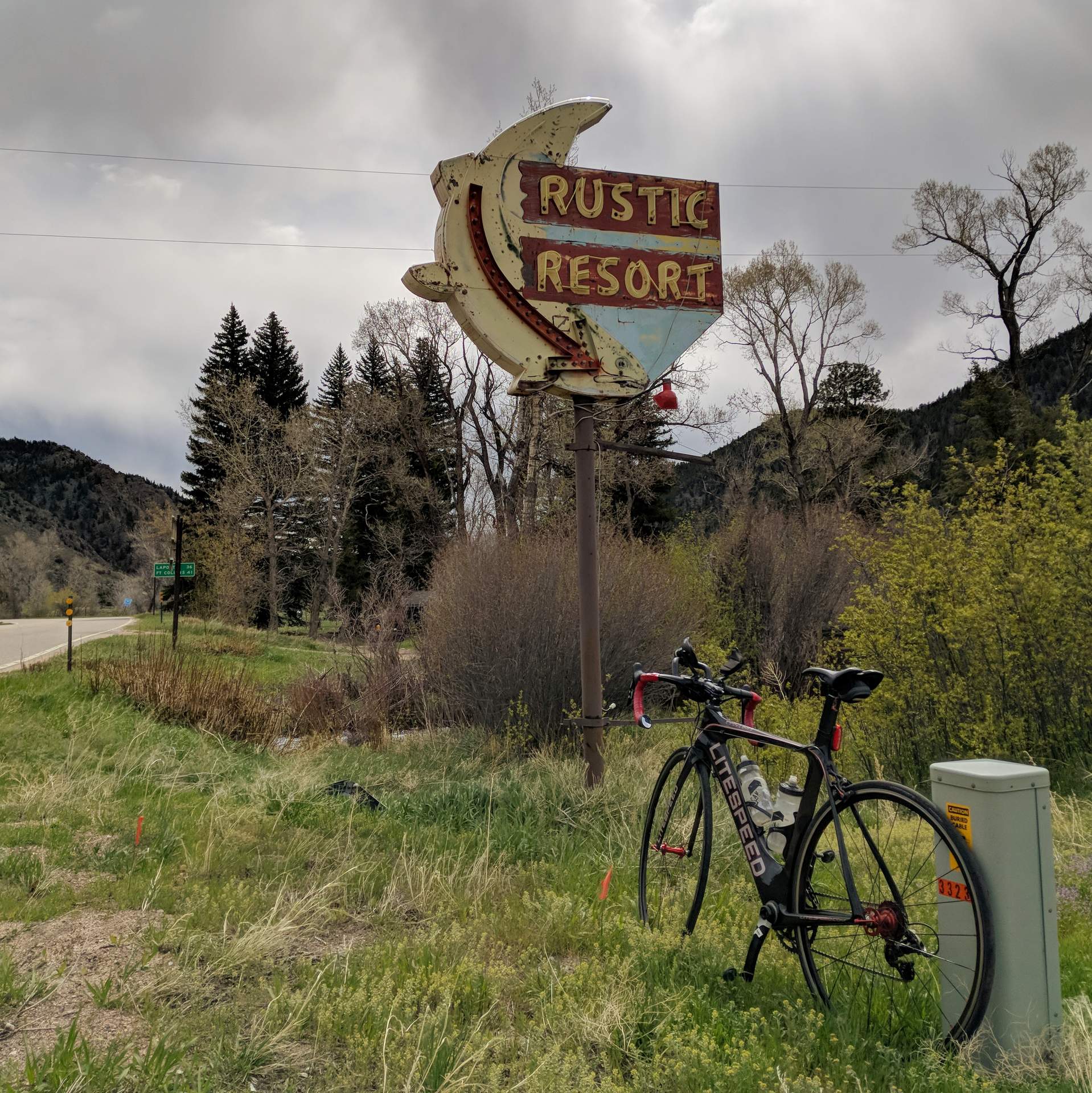 At first my intention was to ride the Rocky Mountain Cycling Club’s 300km Brevet and then tack on 13 miles to make it 200. But the start time was 4:00 a.m. with check-in beginning at 3:00 a.m. in Louisville, about an hour’s drive south of Fort Collins. This meant I would have to wake up at 2:00 a.m., which was far from ideal. Being a night owl, I have a much easier time going to bed instead of getting up at that hour.

Since I didn’t need official brevet credit due to not riding Paris-Brest-Paris this year, I decided to unofficially do the brevet instead in reverse, starting and ending at my house in Fort Collins. I planned on starting at 5:00 a.m., but due to multiple snoozings of the alarm ended up hitting the road at 6:06 a.m. Whoops.

Due to the later morning start, I encountered many RMCC brevet riders in the Poudre Canyon, which was a long uphill grind to Rustic but a nice descent back down to LaPorte. After ascending a couple of Horsetooth hills, the rest of the way was flat, including the section to Louisville and back up to Fort Collins.

The threatening grey skies produced mere sprinkles, which was immensely fortunate considering how unusually rainy northern Colorado had been during the weeks before and after the ride. Despite the utter lack of cycling-specific training this year, I felt good enough to not need to resort to the best anti-bonking cure—Coca-Cola (or Pepsi)—although I certainly was breaking no speed records.

I did stop at a Burger King in Louisville to buy a strawberry milkshake and a chicken sandwich before the final 60-mile push. That was $5 and 15 minutes well-spent.

Unfortunately, during the return trip I started getting off-course. What happened was the Motorola G4 smartphone that was providing Ride With GPS directions ran out of battery power after 11 hours, so I had to switch to my primary phone. The latter was not reliably barking out directions or off-course warnings (perhaps due to the phone settings or Android Pie’s aggressive battery management), so I missed a few turns and had to backtrack.

Then there was this instance of when a bridge in Loveland was out, resulting in another one-mile detour:

Still, I ended up having to ride in darkness for only about an hour, which made me thankful for bringing a second flashing taillight since my primary one ran out of juice due to keeping it on during the daytime for safety. And after the ride and a quick shower, I still had enough energy to go out for a burger and fries with my friends Alex and Manuel.

Being wide awake, no doubt, was aided in part by the later morning start. I felt vindicated for refusing to wake up at 2!