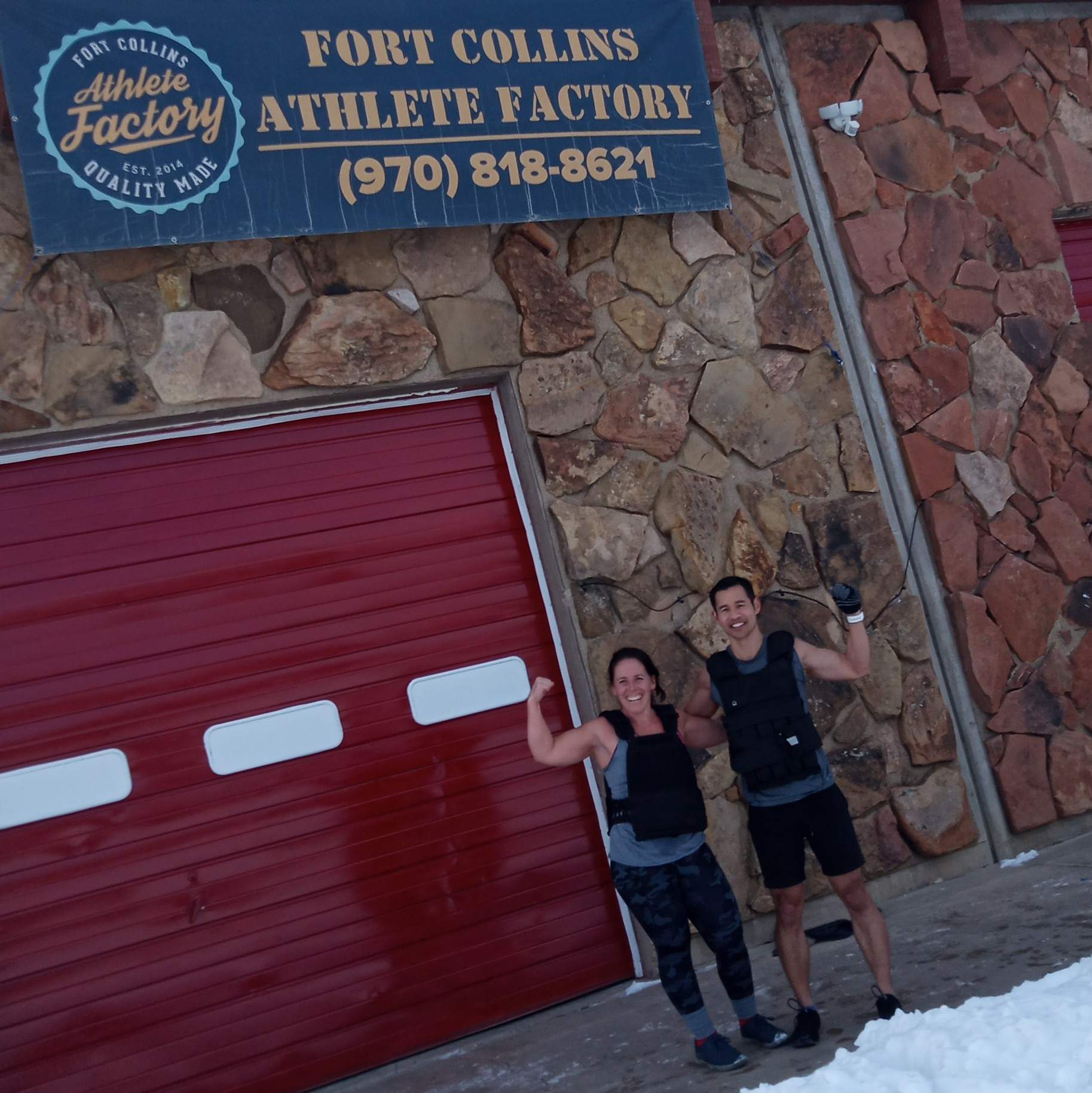 Doing the Murph Challenge was actually my friend Jennifer’s idea. Or, at least, she was the one to propose it to me. Technically, it was the owner of the Athlete Factory—a former-marine-turned-personal-trainer—who organized it for a bunch of Crossfit enthusiasts at the Fort Collins Athlete Factory. These Crossftitters were super friendly (also super fit!) and were very welcoming when they learned I was merely dropping in on their gym for a day. Most of them had done Murph before.

What is the Murph Challenge, you ask? I wrote about it before, as Jennifer and I had also done it on Memorial Day, but at Pursuit Nutrition and Fitness in Windsor. A review: it is running a total of two miles and doing 100 pull-ups, 200 push-ups, and 300 squats—with a weighted vest in under an hour. One mile of running usually bookends the other exercises, and while the late Lieutenant Michael P. “Murph” Murphy usually did the 100 pull-ups, 200 push-ups, and 300 squats in that order, almost no one does that nowadays due to the risk of rhadbo.

At least no one at the Fort Collins Athlete Factory did. I certainly didn’t.

This was my strategy this time:

On Memorial Day I had tried to do 10 pull-ups after doing 20 push-ups as part of each set, but that was too hard. Today’s strategy was better. A result of it was needing less rest, and this time I finished with 10 minutes to spare instead of a mere three, despite being slowed down by a lot of snow and ice due to a record snowstorm that dumped a foot of snow in six hours a couple days ago.

At least the sidewalks were more plowed and somewhat less treacherous than the parking lot. This is a photo of Jennifer finishing her second one-mile run.

Below is a very short video of some of the Crossfitters nearing the end of the pull-ups, push-ups, and squats. As you can see, there was an impressive amount of women, and most of the dudes wore a weighted vest. Many people did a modified Murph, such as rowing instead of running, or doing push-ups diagonally on a crate instead of horizontally on the floor so as to reduce the amount of difficulty.

Speaking of push-ups, I had some trouble with them this time and wasn’t able to do 20 consecutive push-ups for many of the sets. Instead, I did 10+10 or, say, 7+7+6. Maybe I was tired from lifting heavy weights yesterday.

The pull-ups, as usual, were difficult towards the end. If I was better at kipping, they should be easier. As it was, if there was a judge, perhaps a quarter of my pull-ups would have been disqualified.

Bad form or not, it was definitely a good workout and a great way to earn those extra calories from feasting later on Thanksgiving Day.