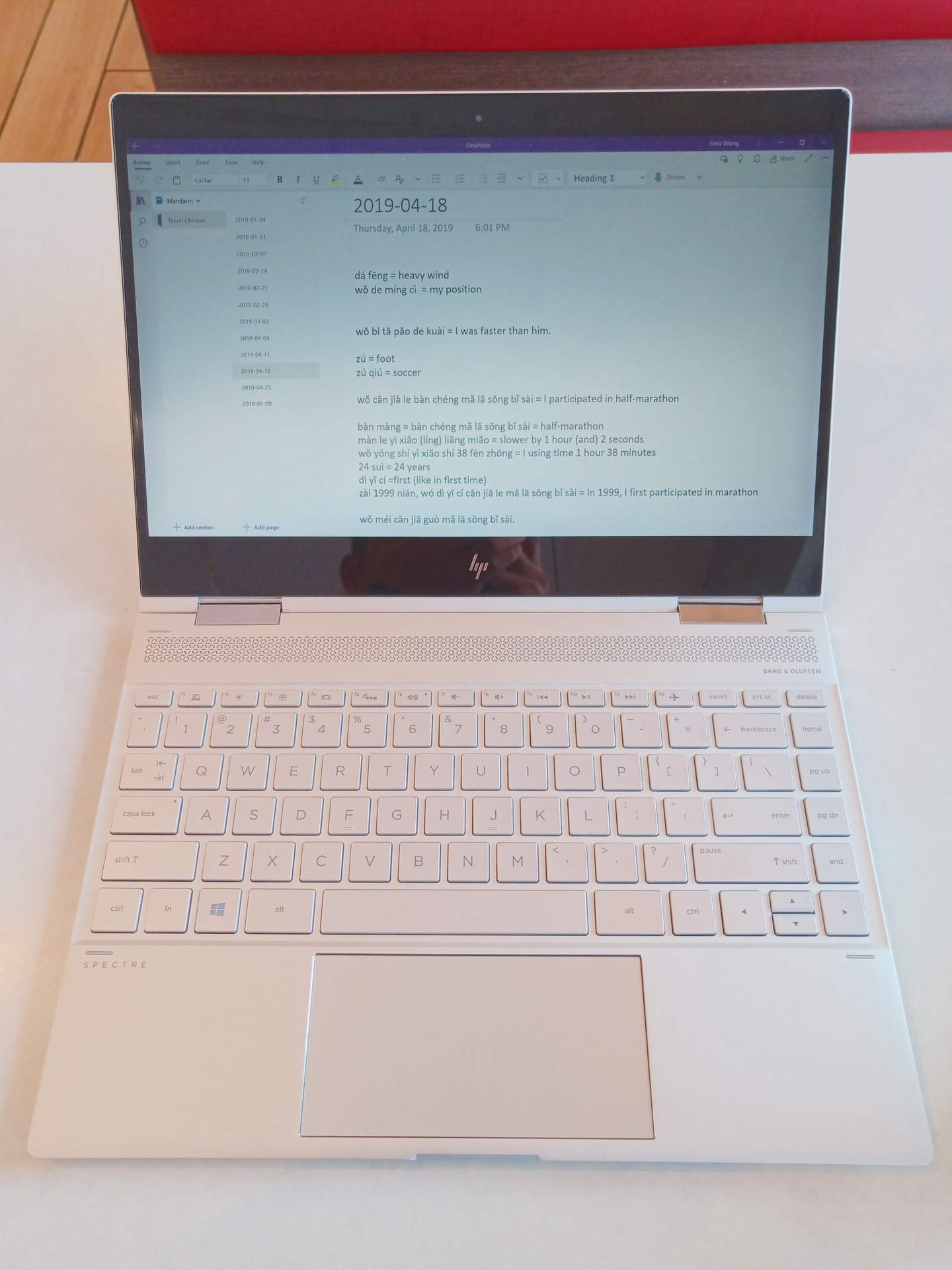 As I have been learning Mandarin over the last several years, I’ve been looking for a good method to type Pinyin, which is how Anglos “spell” Chinese words using the English (well, Latin) alphabet and tonal marks. To my utter surprise, there is not a single stock keyboard in the Language Options settings of Windows 10 that is good for that purpose. So I created my own, which I dubbed the United States-International+Pinyin keyboard.

This keyboard is very similar to Microsoft’s United States-International keyboard which uses dead keys to create accent marks over vowels for languages such as Spanish and French. The main difference in my keyboard is that it adds a couple more dead keys so that you can type vowels with a high tonal mark over them (e.g., ā,ē,ī,ō,ū,ǖ), and a falling-rising tonal mark (e.g., ǎ,ě,ǐ,ǒ,ǔ,ǚ).

As I frequently type in English, French, Spanish, and Pinyin, this above keyboard is very useful and is the only one I’ve been using on Windows 10 and Windows 11 since early 2019. To use it as your primary keyboard, there is a slight learning curve because if you need to type one of the characters that is a dead key (i.e., ‘, `, -, =,~), you need to remember to press [space] after pressing the key. Eventually it becomes second-nature.

Instructions on how to install the keyboard is as follows.

To select (activate) the keyboard, click on the language icon (circled in yellow below) in the Windows system tray, and then select the United States-International+Pinyin keyboard.

How to Type Pinyin and Accented Characters

Below are the keystrokes needed to type Pinyin, and also accented characters for French and Spanish.

Special Characters for French, Spanish, and Other Languages

To type accented characters for French, Spanish, and other languages, the keystrokes are the same as for Microsoft’s standard United States-International keyboard.

If you try the keyboard and decide you don’t like it or need it, you can uninstall it as follows.

Using the same installation Zip archive you previously downloaded from this page, open setup.exe. You will get the following dialog box:

Select Remove the keyboard layout, and then Finish. Reboot the computer.

How to Type Chinese Characters instead of Pinyin

The above instructions are for typing Pinyin and accents for Latin-based languages only.

If you want to type Chinese characters instead of Pinyin in Windows 10 or 11, follow the instructions in the video below.

Thank you for sharing your modified version of the international keyboard! I was typing in French but need pinyin now that I am learning Mandarin Chinese. This is so helpful! ↩Reply

Hi Vicky, it's so nice to hear from someone who has to type in English, French, and Pinyin. Thanks for your note. I suppose there's not too many of us! ↩Reply

Love the keyboard! It was so easy to download and use! thanks a bunch Felix Wong, you're doing God's work! :) ↩Reply

Haha, thanks Derek! I'm really glad you found the keyboard useful and are liking it! ↩Reply

Hi Felix, I'm really grateful to have discovered this pinyin input tool, it's something I've been searching for ages. However I'd just like to flag up that the keyboard now gives ?? and ?? which have the breve accent, whereas it should really be ?? and ?? with the caron accent, like the other vowels. Would it be possible to fix it so the keyboard is perfect? Thank you ever so much. ↩Reply

The comment didn't come out properly - it is Aa and Oo that came with the breve rather than the caron. Thank you again. ↩Reply

Hi Pong! Thanks for your message; it makes me happy that someone else is using the keyboard I created!

Your comment made me realize that the accented characters did not show up correctly in the comments section of my website. I had to change the collation of the comments database to utf8mb4_unicode_ci using PHPMyAdmin (I realize almost no one will understand what I am talking about; this is more of a note to myself as to how I fixed it). So now if you were to try to submit a comment on my site with accented characters, they should show correctly.

However, I cannot replicate your issue of my keyboard pack not producing the characters described in my article. It is working perfectly for me:

So I'm not sure why it is not working on your computer. If you ever figure it out, please let me know! ↩Reply

Hi Felix. What I mean is:

This is because the third tone in pinyin is marked with a caron (ˇ), not a rounded breve (˘). The keyboard now renders the other vowels Ee, Ii, Uu and Üü correctly.

Thank you so much! ↩Reply

Pong, thanks for the clarification and discovering the error in the first place! Funny how I've been using the keyboard for two years and didn't notice it was using a rounded breve instead of a caron for those letters.

That is amazing! Thank you again Felix for creating this. ↩Reply

YOU ARE THE MAN!!! Thanks for your great effort. Was looking for such a simple solution all along. Thumbs up! ↩Reply