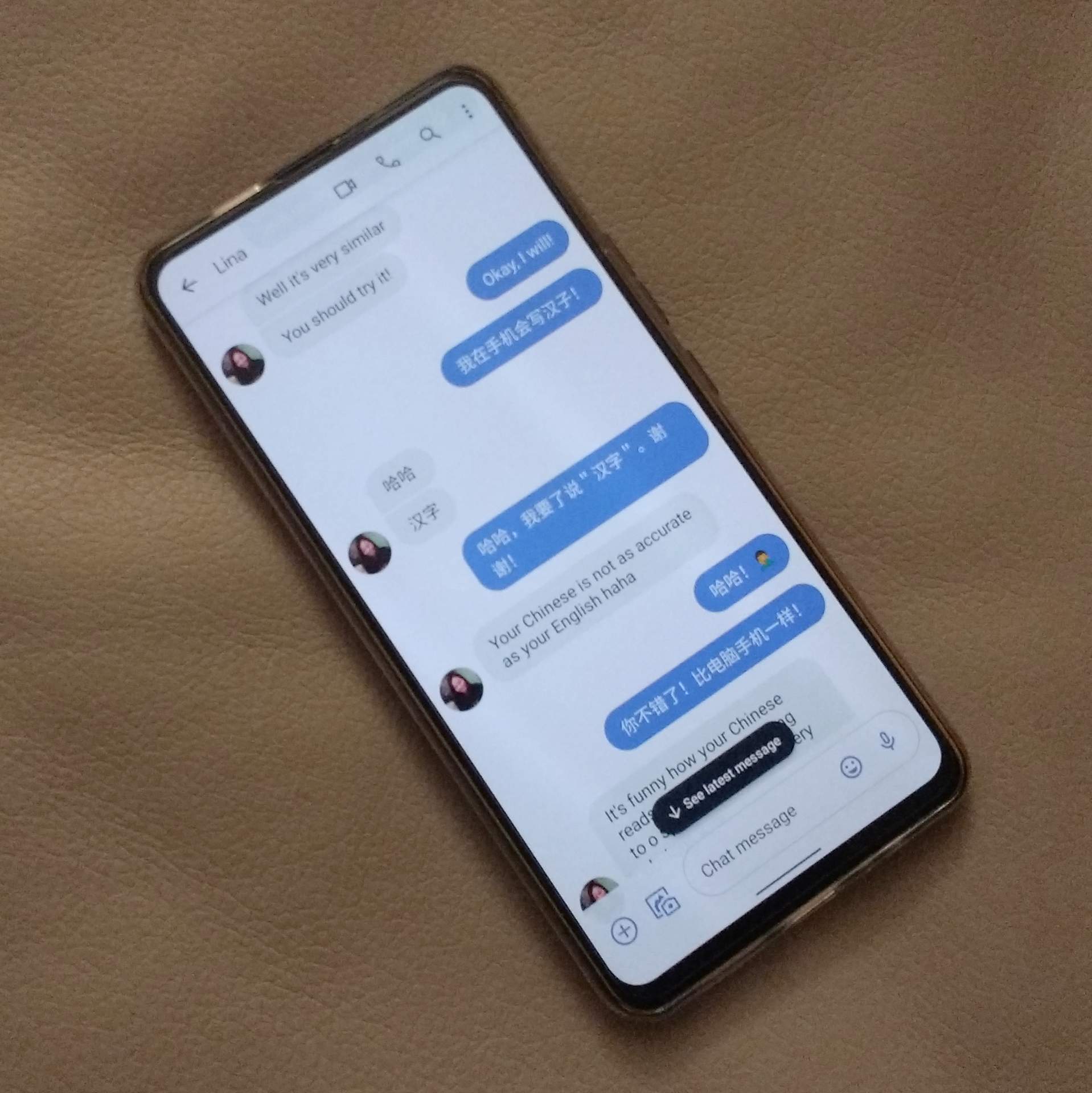 Despite today literally being one of the darkest days I have witnessed, this morning was actually one of my most exciting for a reason completely unrelated to wildfire smoke. This is because I was successfully communicating with other people on my smartphone… in Chinese. I mean, in written Chinese, using bona fide Chinese characters, typed in the way a literate person in China would type Chinese as opposed to, say, copy and pasting from Google Translate. For the very first time!

How I got to this point is worth some reflection.

Around 19 years ago, while visiting some friends in Pittsburgh, one of their labmates at Carnegie Mellon University showed me how he typed Chinese on a computer. Basically, using one of Microsoft Window’s Chinese keyboard packs, he would type in pinyin (without tonal marks) and Windows would present him a multiple-choice list of Chinese characters. From those, he would quickly select the correct one using the number keys. He claimed that despite it looking a little unwieldy, he could actually type faster in Chinese than English using this method.

So for a while I always knew the method for typing Chinese on a PC. Indeed, back in 2015, I even created a semi-popular video and wrote an article outlining this method—but mostly for my dad and other literate Chinese people. That’s because although I had learned a bit of spoken Mandarin by then, I could only read a few Chinese characters myself: namely, 你好 (nǐhăo, or hello) and the numbers.

But beginning a few months ago, I started studying Mandarin Chinese every day on Duolingo, as described in the post How I Spent My Time During the Coronavirus Pandemic. So now I can read around 100 more Chinese characters, which might not sound like a whole lot but considering how simple Chinese grammar is, is actually enough to write a large variety of sentences in everyday conversation.

Note that I said I can read around that many characters. I couldn’t draw most of them using pen and paper off the top of my head, but if I saw them, I would know what they mean and how to pronounce them. And as stated above, if you know the word’s Pinyin (i.e., its pronunciation) and can correctly identify the word from a multiple-choice list of possible characters, then you can type Chinese. At least on a PC.

Now to a smartphone. I never had tried to type Chinese on a smartphone because 1) until recently, I hardly knew any characters, and 2) I have only a few friends who would be able to read a message in Chinese anyhow. So there was really no reason to even try or look up how to do so.

But this morning my friend Lina and I were talking about the air quality over text. Lina is a Chinese citizen, but lives in northern Colorado since she is a professor at Colorado State University. And something I did prompted her to write a response in Chinese.

“I could actually read two out of your three characters,” I replied. “Which reminds me, I need to learn how to type Chinese on my phone. I can do so pretty well on my computer now.”

“Well it’s very similar,” Lina wrote back. “You should try it!”

And with that Chinese keyboard, there’s any entry mode whose method is exactly like that on a PC: enter the Pinyin without tonal marks, and select the character you want from multiple choice. Hallelujah.

“我在手机会写汉子!” I typed, which literally means “I on cell phone can write Chinese words.” But I got the last character wrong: it should have been 汉字 instead of 汉子.

“哈哈,” Lina replied, which sounds like and means haha. “Your Chinese is not as accurate as your English,” she added.

But we were actually able to communicate entirely in Chinese, at least for a few sentences. Then, in her unique encouraging way, she wrote,

It’s funny how your Chinese reads like a foreigner trying to speak Chinese, in a very obvious way.

I tried to point out that hey, it is progress that I know more than 5X as many characters as at the beginning of the summer.

Well, if you start at 1, then 5X is not that impressive haha

You can tell that my friend likes to tease me a lot. Facepalm.

On the other hand, I then sent my mom a text in Chinese, for which she was decidedly a lot more enthusiastic about than Lina. She was so happy that she even woke my dad up to show him! We exchanged a few more texts, after which she then picked up the phone to call and say, “Impressive! Perfect grammar!”

So I’m not exactly sure whom I should believe—either Lina (who later would confess, “I might actually be a tiger mom“) or my mom. Hmm.

Whatever the case, this was an exciting morning for me. 谢谢，再见！(“Thank you, goodbye.”)

How to Type Chinese on a Smartphone Using Pinyin Input

Here’s a good general tutorial on how to type Chinese on an Android device.

The video shows it using the Gboard keyboard.

There doesn’t seem to be a tutorial on YouTube for typing Chinese using my preferred keyboard of Swiftkey. So I will probably create one and put it here… eventually.