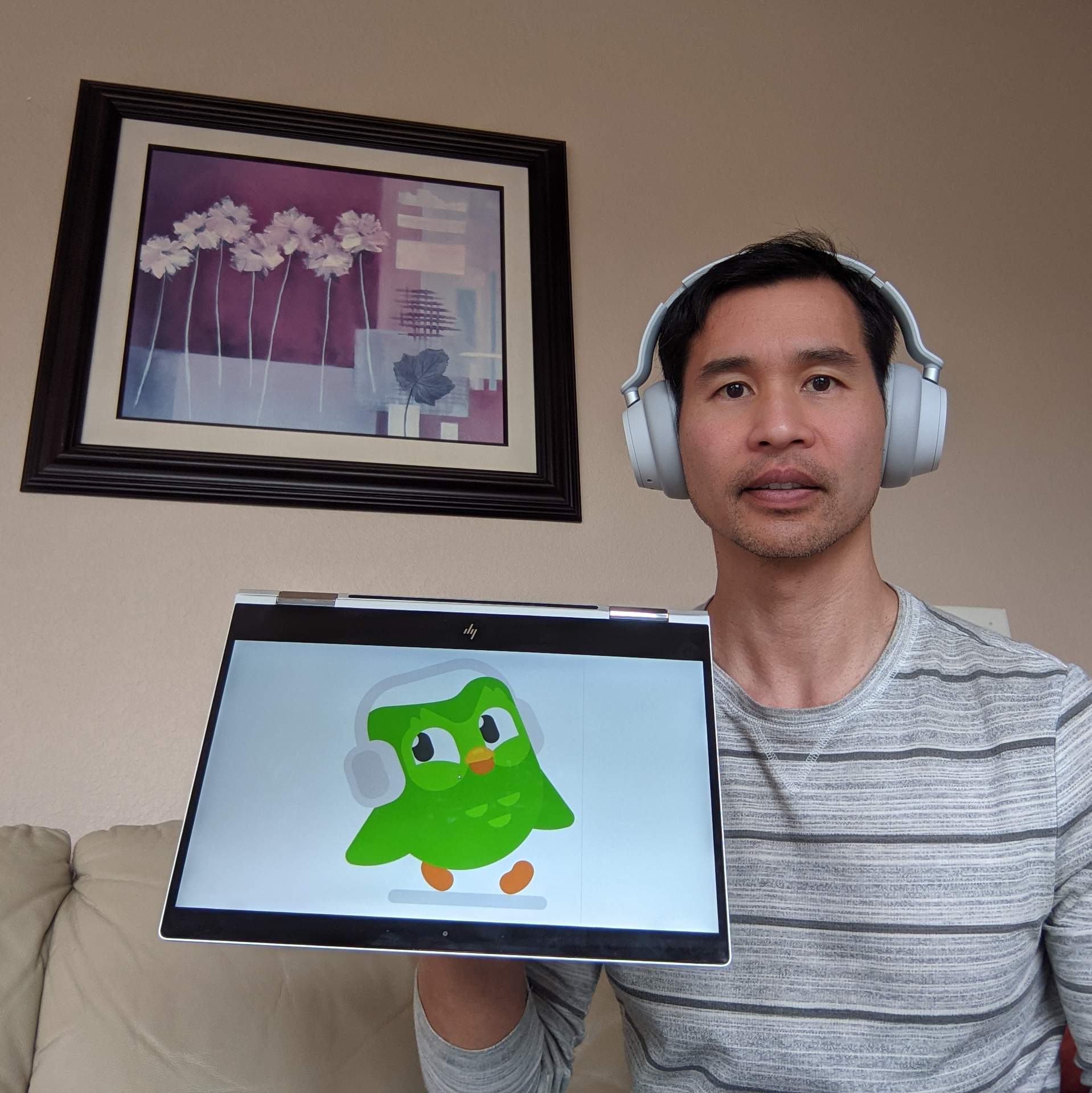 Among the things I’ve been doing during the pandemic has been studying multiple languages, and the brilliant Duolingo app has been a fun and effective way to do so.

A good goal for Duolingoers is to complete an entire tree for a language, which signifies completing an entire course. I first finished the French tree several years ago, but Duolingo keeps added new skills and lessons to the tree.

At the time of this writing, there are 220 French skills—making it the longest tree of any language in the app. Each skill typically has around five lessons, meaning that to complete the French tree, you would have to do around 1000 lessons.

Happily, I managed to finish the rest of the new lessons, so my tree is complete again! At least until Duolingo adds more lessons—something that my friend Nora, who works for Duolingo, assures me is going to happen soon.

In the meantime, I can revel in having complete trees in all the languages I am currently studying since I completed the Portuguese, Chinese, and Spanish trees in September.

What should one do after completing the whole tree? Well, do it again! The skills actually get slightly more difficult the next times around. It is good reinforcement of material you had only been briefly exposed to the first time. For example, I am still very shaky in much of the vocabulary and grammar in the Portuguese and Mandarin Chinese lessons.

In comparison to the French Tree, there are significantly less skills in the Chinese tree: only 88. Part of the reason for that is the Chinese language has significantly fewer words and simpler grammar, whereas Latin-based languages have a ridiculous number of conjugations for what amounts to the same verb.

Still, there was lots to learn in the Chinese tree. I already knew the vocabulary of the first half or the first two-thirds of the tree pretty well already from years of self-directed study using Pimsleur audio lessons, but in the last parts of the tree, there were over 350 new vocabulary words or phrases I need to study a lot more.

I know this because I created a set of flashcards on Quizlet that I can review, and that’s how many cards there are! I made the set publicly available and they contain both the Chinese characters and Pinyin for the words. You can access the Duolingo Chinese flashcards here if you want.

My next short-term Duolingo goal is to complete the Portuguese tree for the second time. After that, I’ll start yet another new language.

In addition to Duolingo, these are the things I am doing for language practice:

Doing all of the above does take up a bit of time, but not as much as you might think since a lot of it occurs during things like exercise, cooking or cleaning—things I’d be doing anyhow. And the language groups make up almost all of my social time nowadays, something I otherwise would not have much of during the pandemic.

I love duolingo. I also love Felix Wong. I love this post.<3 ↩ Reply