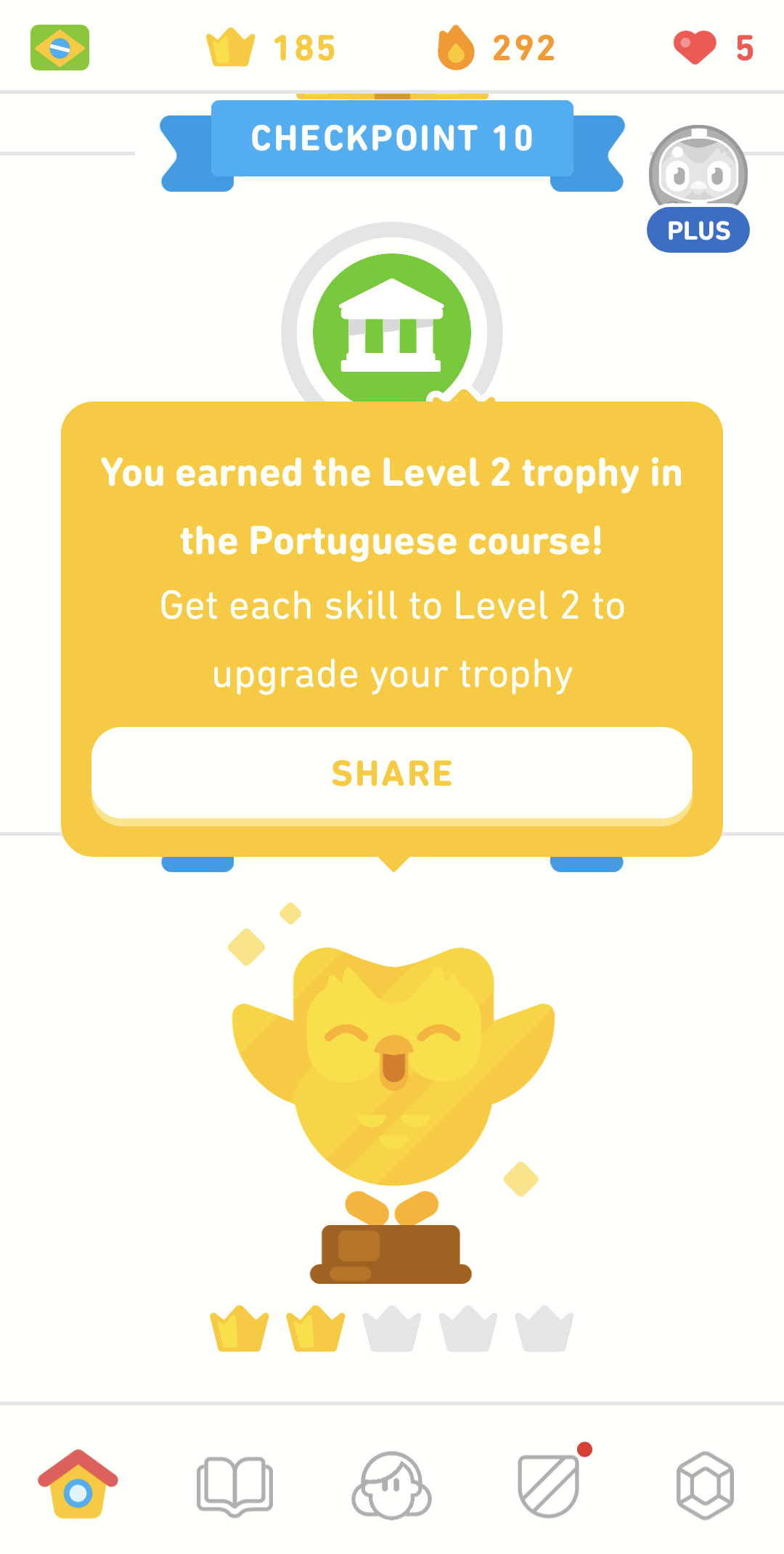 About a month after completing the French and Chinese trees on Duolingo again, I completed the Portuguese tree for a second time. Note, however, I have been doing all trees more or less simultaneously, so it’s not like I completed the whole tree in only four weeks. Instead, it took me about half a year to do so.

The second round was more challenging than the first round as you might expect. The sentences were longer and Duolingo added no vocabulary.

In addition, for the second go-around, I tried to use the Duolingo’s “Use Keyboard” mode as much as possible, which is available when using the website. This meant that for many questions I had to type my responses instead of selecting words from a list. This is significantly harder as it not only forces you to recall words from memory, but also spell them correctly. Spelling in Portuguese is also more difficult than in Spanish.

My original intention after finishing the Portuguese for a second time was to start yet another new language. But I still feel shaky with Portuguese, particularly with pronunciation. In hindsight, I think I should have started learning Portuguese with audio-only lessons since seeing the words was definitely corrupting how was I was speaking them. Too often I’d say a vowel I’d see with an American (or even Spanish or French) accent. The next time I start to learn another new language, I will probably start with Pimsleur or the like before jumping into Duolingo.

With the end of pandemic times now seemingly in sight, I’m also starting to shift priority away from studying languages towards preparing for post-coronavirus, or at least post-COVID vaccine, life. Like everyone else, I have a lot planned for that. Of course, that will be documented on this website, so stay tuned!