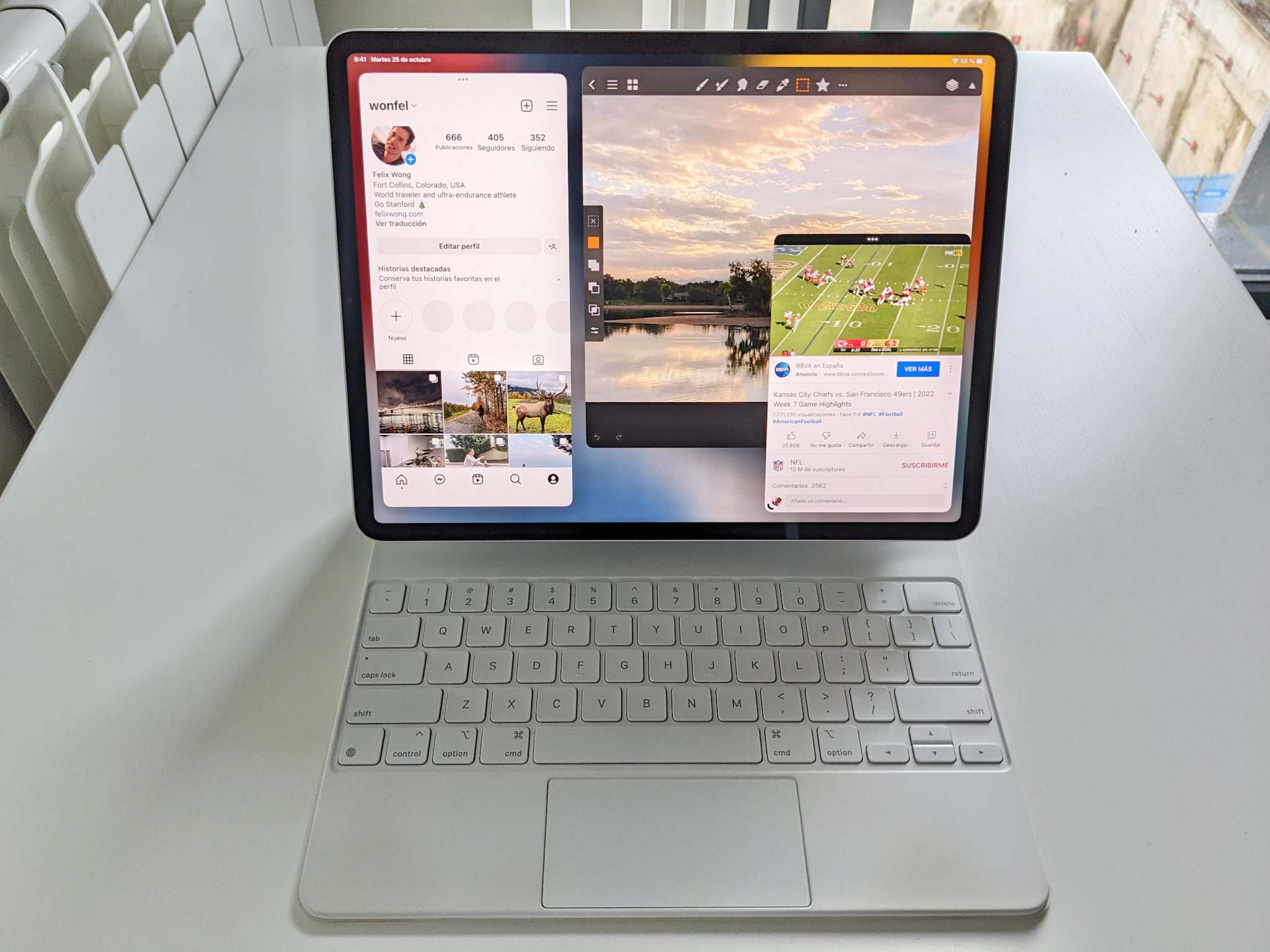 October 24, 2022 was exciting for this iPad-Pro-replaced-my-computer enthusiast. On this day, Apple released iPadOS 16 to the general public. The highlight feature of this update was Stage Manager, designed to bring windowing capabilities to the tablet.

I had read many articles about it, yet I failed to grasp how game-changing Stage Manager was. Sure, it allows you to overlay windows on top of each other. Of course, it also gives you more flexibility in resizing apps.

It turns out that it brings more significant benefits than that. These include:

Previously, there were apps that could not share the screen with other ones. These included not just full-screen apps such as Settings and Remote Desktop, but also iPhone apps that were not optimized for iPad.

Take, for example, Instagram. Before iPadOS 16, it was impossible to view it at the same time as Settings.

Stage Manager allows you to do so now:

So now it doesn’t matter so much if a developer hadn’t optimized an iPhone app for iPad. The iPhone apps no longer need to hog up the entire display with black space around them.

I particularly love being able to display Duolingo with any other app now. Duolingo plays an ad at the end of a free lesson. You have to keep Duolingo on the screen for the advertisement to finish so that you can continue to the next skill practice or collect gems. Now I can use another app like Instagram while Duolingo plays the ad.

View Portrait-Mode only Apps in Landscape

Prior to iPadOS 16, there were apps that could only be shown in portrait mode.

Take GoPro’s official app dubbed GoPro Quik, for example. If you launched it on an iPad Pro docked to the Magic Keyboard, it would look like this:

Stage Manager allows you to view it on the said iPad without having to undock and rotate it:

Some apps are difficult to read in full-screen mode. They even include your web browser for unresponsive web pages, such as exiftool.org shown below.

Before Stage Manager, if you wanted to reduce the width of an app’s window, it would be relegated to the left or right side of the screen. (Except for the case of an iPhone app, as shown in another section above.)

With Stage Manager, you can view the reduced-width window right in front of you, in the middle of the screen. You also don’t have to fill the screen with another distracting app.

For years–ever since keyboards (including Apple’s Magic Keyboard) were available for iPads–keys would mysteriously stop working when apps were placed side-by-side, used in slide-over mode, or merely switched to. When that happened, you’d need to lock/unlock the screen or undock/re-dock the tablet for the keyboard to work again. That was my number one complaint about the iPad because it was such a productivity killer, and it happened to me daily.

But as far as I can tell, Stage Manager, with its superior multitasking capability, does not suffer from that problem. Finally!

I still need to do more testing to see if the problem still surfaces when not using Stage Manager. But even if it did, the solution would be simple: keep Stage Manager activated at all times.

The three previously unspoken benefits of iPadOS 16’s Stage Manager above remedied my biggest complaints about the iPad.

It makes the iPad much more suitable as a computer replacement. It also makes Apple’s tablet a lot more enjoyable to use.

I'll make a more concerted effort to use Stage Manager. But I will say that I'm entirely comfortable with Slide Over and Split View. Sometimes on the iPad, I don't want to have to worry about multiple windows and just want to focus on one or two apps at a time. ↩ Reply

My multi-tasking needs were usually satisfied when I could use Slide Over and Split View. Unfortunately, many apps were not eligible for either mode, such as full-screen and iPhone apps.

I've also found Slide Over to be too narrow at times. For example, reading web pages in Safari as the Slide Over app was sometimes uncomfortable due to the width.

Otherwise, I am similar to you. I usually want to focus on only one or two apps at a time. I rarely need to have more than two windows open on the same screen. ↩ Reply