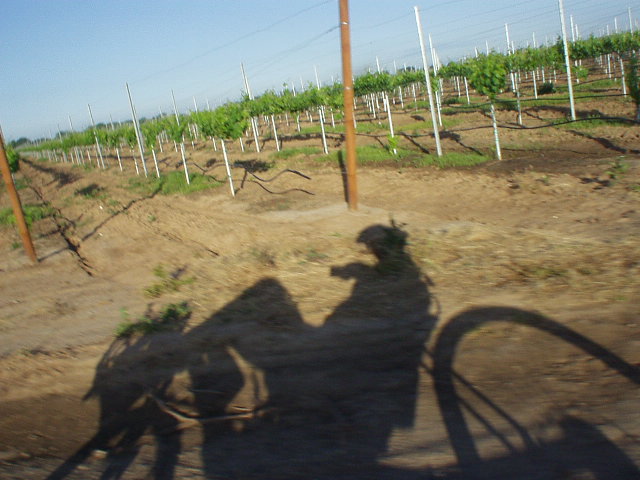 I came to do what I expected to be a nostalgic Delta Century for me, it being the very first century I ever rode 12 years ago. Instead, in a surprising development, I only got as far as 20 miles on the recumbent when a critical part snapped in half. It was a bit disappointing since up to that point the weather was beautiful, the atmosphere was tranquil, and the food was delicious. It had the makings of a great century.

Below are excerpts of an email I sent off to a friend shortly after the ride.

Well, I am back in Fremont now. Yes, already! As I think I mentioned I was doing the Delta Century today on my recumbent. Well, I ended up not going very far. This is because after just 20 miles, the steering pivot on my recumbent (which is just a 5/16″ bolt) broke. Yes, broke, as in snapped in half! Unfortunately, being able to steer while bicycling is fairly important. I briefly considered (well, tried) riding the bike with the handlebars just dangling (“look ma, no handlebars!”) but then decided I like having skin and unbroken bones too much. Therefore, I walked back ~1 mile and then a friendly SAG guy took me back to the start in his truck.

Too bad, because it was a great ride, for the 20 miles I rode of it! Perfect weather, not too much wind, and no cars while passing through all of the vineyards and wineries. I got to the first rest stop at Mile 17.7 and the food was really good (big juicy strawberries, rollups, other fruit and pastries). And since this was just a 100 mile ride and I was trying not to finish before 4:00 p.m. (since my mom said she and my dad would not be home until that time), I actually stayed at the rest stop to eat instead of just “grab and go”. Unfortunately, when I resumed cycling that’s when I pulled on my handlebars really hard, first elongating the bolt, and then after a few miles, snapping the bolt. I had problems with the original steering pivot design a few years ago so then I re-engineered it; looks like I have to re-engineer it again.

So I was back at my mom and dad’s early, took a shower, and then went out to have lunch with a friend in Stockton who was available. After that I drove back to Fremont. Very, very nice weather today!

This Delta Century has the distinction of being my very first century, perhaps the flattest century in California if not the country, the only century I have ridden three different bikes in separate years—and now, the first bicycle ride I could not complete due to a mechanical problem.