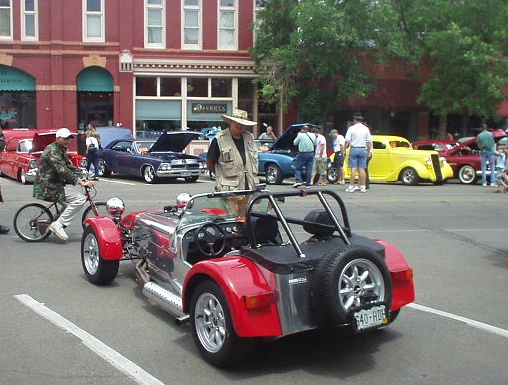 What an eventful weekend for Fort Collins! First there was a big Corvette Car Show just a few miles from Old Town, and then there was the Taste of Fort Collins just two blocks from Old Town. Concurrently, there was the Old Town Car Show—which could be almost considered competition for the Taste of Fort Collins, since it occurred right by all of the downtown restaurants, and also had live music. I attended both (when they are just two blocks apart, it would be silly not to), but actually enjoyed the Old Town Car Show more since 1) there were cars and 2) it was free! Maybe about 200 cars of all vintages (mostly classics) were present.