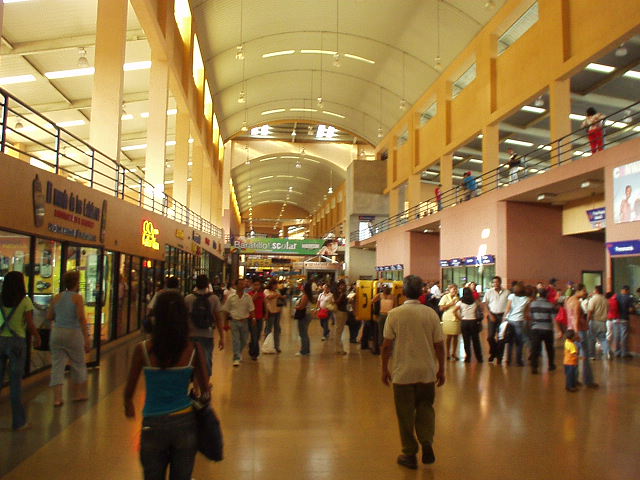 Some of you may have known I’ve been practicing Spanish with some folks in Fort Collins for the last half year, one motivation being to travel to Spanish-speaking countries in the future. Well, I am now in one of them—Panama!

Today was a first test of seeing how far my Spanish progressed. So as the Continental jet swooped down around a few skyscrapers on a lush, verdant isthmus sticking out like sticks in the mud, I reminded myself of the first item on the agenda: finding a place to stay during my first night in Panama City.

No, the first item on the agenda was actually getting to Panama City, as the Tocumen International Airport is a good 25 km northwest of the city.

One, of course, can take a taxi. At Tocumen, one doesn’t even really have to hail one, as Taxi drivers will be anxiously waiting to converge on you like a swarm of bees as you exit customs. But that is a little too easy, not to mention the fare is pretty steep due to the distance and 1-hour length: $25.

I wanted a slightly more authentic experience, so after asking around at a couple of the tourist information booths at the airport, I walked off of the airport premises and onto… a bus.

This city bus—which looked (and probably was) just like an elementary school bus from the 1970s except for its Panamanian stripes of red, white, and blue—had seats covered with a mix of old vinyl and duct tape and whose backs were uniformly convered with enough graffiti to make Stockton proud. Then again, these seats were more luxurious than standing, which was something I had to do for the first 15 minutes of the ride before plopping down into a seat where a grey-haired man kept on dozing off onto my right shoulder.

Things would only get better from here.

First, after el hombre awakened, we talked a little bit in español, which actually was most helpful, as after 1.5 hours on the bus he pointed out the Albrook Bus Terminal, which was exactly where I wanted to go.

Over there I purchased a ticket for a (hopefully air-conditioned) bus to the city of David 200 miles west of Panama, which I would save for tomorrow. Afterwards, I headed out an exitway that pointed out the way towards the taxis, and immediately I hopped into a yellow Chevy Spark which looked almost exactly like the Daewoo Matiz I believe it is based on, minus the Matiz’s “sparkly” headlights.

From there I told the taxi driver exactly where the hostel that I wanted to go to was at, and have to say this $3 trip was a bit more pleasant than the bus ride, especially since it actually had air conditioning.

The scenery began to change, too. Whereas the outskirts of Panama sort of looked like the Stockton ghettos of, say, the 1980s littered with hundreds of Nissan Sentras and Toyota Corolla from that era, Panama City itself appeared more modern, with trendy dresses being proudly displayed through the windows of high-end shops and skyscrapers like the Marriott or the Veneto.

There also seems to be no dearth of people here who are positively attractive. As the taxi zoomed in and out of traffic I tried my best not to ogle the mujer caliente who—like straight out of one of those Mexican TV soap operas—was riding a bicycle in impossibly short shorts and a tank top that could hardly contain her bosom, swaying the bike beneath her while out of the saddle, deftly negotiating the minor hill we were going over.

After I booked a room at the hostel and went for a long walk through Panama’s Belle Vista district, there were more opportunities for people watching too. Lots of guys out here adorned business suits and walking with a demeanor that can only be described as “swank.” But my attention would again turn back to the women. As in Vietnam, where I found myself helplessly attracted to women in skirts on motorbikes, here I felt myself drawn to fashionably dressed women climbing into their Nissan Muranos, for example.

The final kicker was at the wonderful outdoor cafe I dined at today. While munching on a wonderful meal consisting of insalada de patatas y tuna with pan de ojo, a positively radiant woman of Asian descent wandered on over to the table in front of me and chatted it up with a guy whom clearly she was familiar with. As she cooed articulately in Spanish I was reminded of a Taiwanese-Canadian girlfriend I once had whom I thought was totally sexy whenever she spoke in her near-fluent español.

Speaking of women, I meet up with Tori, one of my best friends from California, tomorrow in David. The gran aventura continues… ¡qué bueno!