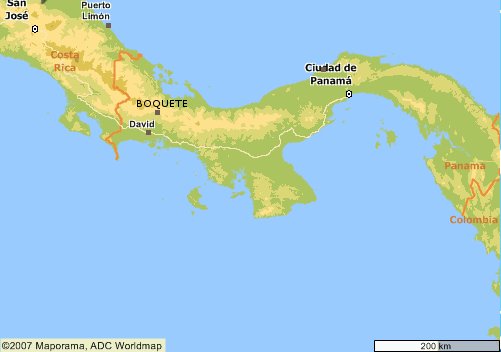 In March 2007, my friend Tori and I went to Panama to take some Spanish classes and engage in some eco-adventures. She was there for three weeks while I went there for two. Below was my itinerary.

There are a few more Panama articles too, written on the fly while down there. They are located in Category: Panama.