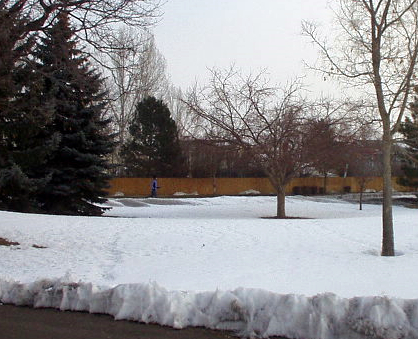 Up until Super Bowl Sunday, my performances in the previous Tortoise & Hare races were much like Chicago Bears quarterback Rex Grossman’s during the NFL season—erratic, inept, and underachieving. In two of the last three races I got lost, resulting in either getting disqualified or running extra mileage. Then in the third race I ran so slowly in zero degree temperatures that snails could have ambushed me had they not already frozen to death.

So in the latest T&H event—the Warren Park 5k—I was determined to run a good race. Never mind that the day before, I had run 14 miles (and hence my legs were a little sore) and then hung out with some friends in Old Town until 1:00 in the morning. Also never mind that when my alarm shook the house at 7:00 a.m., I was a bit hungover and more than a little dehydrated. If anything, I figured, these were perfectly legitimate excuses to have just in case the race went awry.

It turns out I would not need to use these excuses. This is not to say the race went as planned. In fact, I deviated from the course and ran longer than intended yet AGAIN! But this time is was not entirely my fault. Really! Let me explain:

The planned distance was 5 kilometers, or 3.1 miles. As I did this race last year I was confident I would not get lost, but to make sure of this I inspected the ground for arrows at every single intersection I came to. “The course is well-marked,” advised my friend Nick—who, with Dana, had graciously volunteered to run the event—and indeed, it was.

The problem was the course was not marked correctly!

First, the course missed a street (Harborwalk Dr.) and turned onto a different one (Breakwater Dr.). Secondly, it turned around at one cul-de-sac too far, resulting in an extra distance of about a quarter mile.

The good thing, however, is that turning on either one of the streets would have resulted in distance disparities of only about 0.02 miles. In addition, everyone—including myself, if you can believe that—did the “extra” cul-de-sac, so it turned out that everyone did virtually the exact same distance, give or take 10-50 feet.

Technicalities aside, I was pretty happy with how I ran today. I ran the first half conservatively, but picked it up a little in the second half resulting in a negative split. My overall average pace was 6:52/mile. Factor in running slowly over ice during a 100-foot stretch of sidewalk in the first half, and this is about what I would have expected if I was running to form. Looks like running consistently for the last two weeks has gotten me back into running shape fairly quickly.

Too bad, then, my navigating prowess remains about as erratic as Rex’s arm was in the Super Bowl. Well, there is always next time…