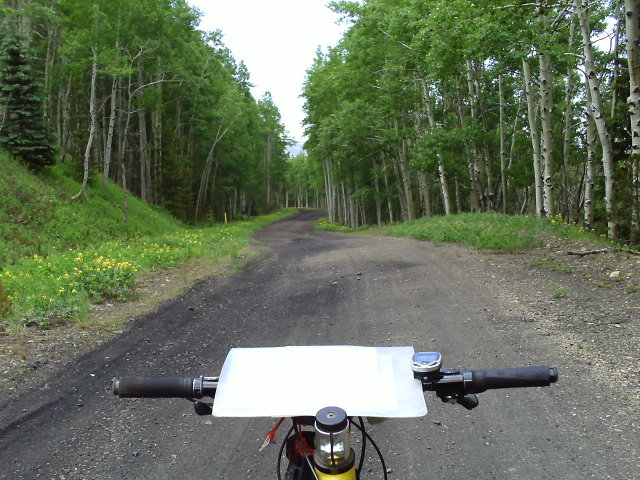 I suppose I can’t say I hadn’t been warned—even if it was at the last minute.

“You will get numb hands,” advised the other racers in the Tour Divide. Not “might,” but “will.”

“Really?” I questioned. I never experienced tingling or lack of sensation in my hands while bicycling before. And quite frankly, I didn’t believe it would happen to me. Surely, I convinced myself, the other racers only got numbness because they were holding up their torsos with their arms instead of their stomach and back muscles, or were putting a death grip on the handlebars.

Imagine my shock and dismay, then, when by Day 2 I woke up with numbness in my fingers already or—a few days later—I’d realize that even to use nail clippers to cut my toe nails, I’d need to use two hands.

Tying my shoes became a real chore (note to self: if I do a multi-day mountain bike race again, use shoes with straps!)

Unfortunately, as I write this 50 days after I completed the Tour Divide, my left pinkie and ring finger are still numb. The upside is that at least my right hand seemingly recovered within a week of finishing the race—though it would take about two weeks before I could scale anything more difficult than a 5.7 in the rock climbing gym without grimacing.

And—most disappointingly—apparently my hand strength is still a lot weaker than before, as evidenced by having extreme problems shifting Canny‘s Campagnolo Ergopower shifters as recently as a few days ago.

Surprisingly, one thing that was not a problem were saddle sores—at least beyond the first few days after my butt became re-acclimated to all the riding. The 9-year-old Specialized Body Comp saddle was very comfortable.

Fortunately, most of the issues above were reversible (aside from maybe the aging thing) and I have recovered from all of them aside from lingering hand numbness. The sunburned thumbs were “fixed” by applying a homemade mixture of coconut and olive oil to them for two weeks; the carbohydrate and caffeine addiction was reversed by returning to my normal eating habits; and my weight loss was reversed by eating more and weight training.

A free health screening by Walgreens Take Care Health Tour a few weeks ago confirmed that my cholesterol, bone density, blood pressure, and glucose levels are within the excellent range as well.

Now if I could only accelerate the recovery from the numb hands issue. A week after the race, I had a full body massage (paid for by my sweet friend Cat S.—thanks Cat!), which felt nice, but didn’t perform any miracles. I also started doing hand exercises with baoding balls along with stretches for carpal tunnel syndrome. I may try acupuncture next.

If anyone has any other ideas on how to solve that problem, please leave a comment below.

In closing, all the rest of the issues listed above were things I somewhat anticipated before the race. To me, despite these problems the adventure was well worth doing one time. Just don’t ask me if it’s worth doing a second time because I am unsure.

Update September 18, 2008 (Thu): I can shift the Ergopower shifters normally again, so my right hand strength must be back to normal. Numbness in both hands is now trivial (existent, but minimal enough that there have been days I never even think about it). Hooray!