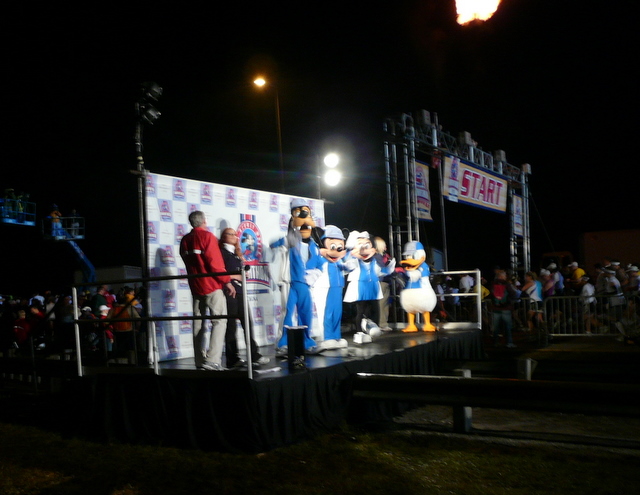 Funny how a couple years can change one’s perspective. When I first heard about Goofy’s Race-and-a-Half Challenge in 2007, I thought it sounded no easier than a college course in multi-variable differential calculus and about as sane as Howard Hughes during his later years. But if I ever had any apprehensions about the event, it didn’t seem like I did by October 2008 since (just a few months before the race) I hadn’t even started training yet, much less done a double-digit run since May.

Guess races like the Sulphur Springs 100 and the Tour Divide changes one’s attitude towards these sort of challenges—even for races like Goofy’s that entail running a half-marathon and a full-marathon in one weekend.

Blame the whole idea on my friend Craig of Minnesota. Craig is fellow endurance enthusiast who also likes to do Needlessly Insane Things In His Spare Time, and shortly after we met in New Orleans (a day or so before the Mardi Gras Marathon) we were talking about the Marathon States Club, Ironman Triathlons, and the Boston Marathon. And Goofy’s Challenge.

Between Mardi Gras ’06 and now, we had checked off the other challenges. Now was time for Goofy’s. However, as my training for it was even more meager than for other marathon+ events (doing long runs of just 12, 14, 11, and 10 miles in late 2008), I settled into the following strategy: I’d race the half-marathon normally and then just try to finish the full marathon. Preferably the former in, say, one-and-a-half hours and the latter in under five. And have fun.

At least those were my hopes before I got sick a week before the event. Or before I bumped into Craig and his friend Erik by happenstance at the Disney expo the night before the race, and I had such bad laryngitis that after just a few minutes of trying to croak out a few words I had to plead, “I’m sorry, I really can’t talk.” Pretty ominous considering the start of the half-marathon was less than 12 hours away.

Mercifully, both the half-marathon and full-marathon went quite a bit better than I expected considering the circumstances. You can read about how the two races went in the links under “Related Articles” below.