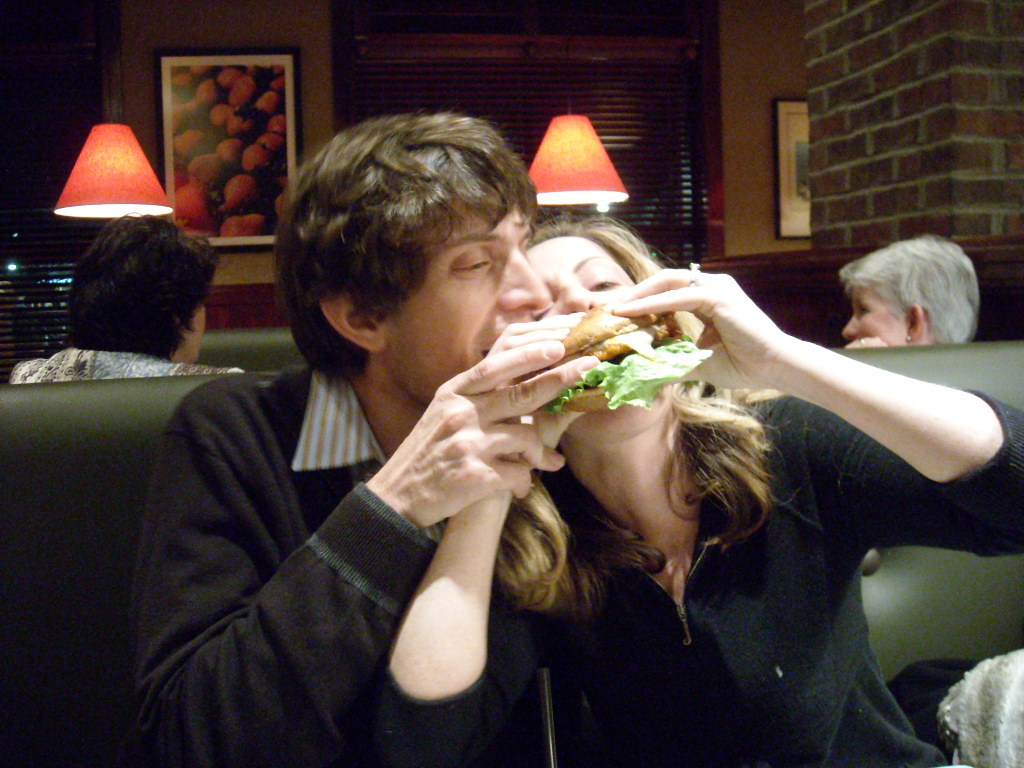 “New years always start well for me,” I told my folks in the waning weeks of 2008. “It’s usually towards the end of the year I start to lose steam.”

At least the last couple years have followed this pattern. I started off 2007 with a memorable Spanish-learning, Panamanian vacation with Tori followed by intensive studying for (and passing) the Professional Engineering Exam. The first half of 2008 included French classes, a New England and southeastern Canada trip, the Boston Marathon, a 100-mile run, a Floridian wedding, and the Tour Divide. I can’t really recall what happened in the last few months of those years but the first halves made up for them.

Likewise, I intended to start out 2009 with a bang beginning with a southern U.S. trip. But it didn’t turn out quite as I expected.

I started planning this trip way back in January 2008, when my friend Craig got me to sign up for Goofy’s Race-and-a-Half Challenge in Florida. Originally, this was only going to be an Orlando-only trip, but then a few things happened:

Suddenly, it made sense to spend a whole week down in the South so I could visit each of these people. I ended up booking flights into and out of Jacksonville, Florida because airfare to and from there were less expensive than garage sale castaways ($60 + tax to there from Denver; $39 + tax to return)! From Jacksonville I’d drive a nice Mazda 6 rental car ($13/day on Priceline) through Florida, Georgia, South Carolina, and North Carolina to my destinations. This would entail about 1900 miles of driving, but I didn’t mind—I like driving, plus gas all of a sudden was cheap.

It all seemed like a good plan—at least until I was struck with the luck of a person who had walked under a ladder, stepped on a rabbit’s foot and crossed the path of a black cat all on the same day.

First, a few days before the Southern Trip, I came down with a cold—apparently, even my usually fortress-like immune system was no match for exposure to five sick people in California. Between driving my new Audi TT from California to Colorado and flying out of Denver to Jacksonville, I had just 1.5 days to get over my cold—lest I meet the Charlotte cutie (the first person on the Southern itinerary) for the first time sounding like Rudolph the Rednose Reindeer. I resorted to massive doses of echinacea, vitamins C & E, and zinc, and by the time I had met up with her, I thought I was 85% recovered.

Well, I was trying to be optimistic. The reality was I was probably only 65% recovered. Also, it turned out the Charlotte cutie was feeling so ill herself that a co-worker had to run out to the drug store earlier that day to get her some medicine!

Nevertheless, we had a nice Italian dinner over great conversation, leaving the restaurant right around closing time. But the 2.5 hours of dialogue might have been too much as I’d discover soon afterwards. This is because 1) when the Charlotte cutie got home, she felt even sicker, and 2) soon after we parted, I completely lost my voice!

Apparently, all the talking made my voice box extra-vulnerable to viruses and I developed full-blown laryngitis. This was unfortunate because that meant that Dan and his wife Susan (whom I visited next) had to endure listening to me in an extremely raspy, hoarse, and often inaudible voice. Also, because the Charlotte cutie was really sick and I was unable talk, we didn’t spend the next day together as planned. Bummer.

Moving on, my expectations regarding my performance in the weekend races (a half-marathon on Saturday and a full marathon on Sunday) were lower than current state of the S&P 500. To my surprise, laryngitis hardly affected how I ran and I did much better than I expected. But it still had ill consequences for the weekend in Orlando.

Never mind that doing mundane things like ordering food was tortuous since I was less capable of articulating my order than a Mongolian who didn’t speak English. That was just a minor annoyance. A bigger tragedy was that the illness left me completely unable to converse with any friends either, so I spent minimal time visiting with Craig and absolutely no time with another friend in Orlando, John.

Indeed, my new plan was to simply lay low in my hotel room (whenever I wasn’t out racing) to rest, recover, watch football, and catch up on blog posts. It sounded like a good plan—at least until my laptop promptly broke (Windows corruption error that made it impossible to boot up the computer). All my football teams (save the Steelers) lost too.

My voice was still gone when I went up to Atlanta to visit Kat and Guy, and my two friends whom I hadn’t seen in a year-and-a-half also had to endure listening to me sound like an alien from another galaxy. Oh well.

As a final insult to injury, when it was time to fly out of Jacksonville to Denver, my first flight got delayed enough that I missed my connecting flight, and Delta Airlines had to put me up in a hotel overnight. This meant that I returned home a day later than planned. As much as I fly, this was the first time I ever had to be put up in a hotel by an airline.

So it turned out that the Southern U.S. Trip did not go as smoothly as planned. Or hoped. I haven’t even listed other things that had gone wrong, like my Garmin GPS unit breaking (no need to beat my head about bad luck into the wall). Besides, there were lots of positive things from the trip.

First, I got to visit Dan, his wife Susan, Kathrin, Guy, and their baby Hannah. Dan and I have known each other for 10 years now, and for Kathrin and I, a remarkable 14. They’ve been great friends and even when talking with them is difficult due to voice issues, it’s always super good to see them.

Second, I finally got to meet the Charlotte cutie. The timing and circumstances may have been difficult for things to work out, but meeting her was a total delight.

Third, I got to briefly visit some areas in the U.S. I hadn’t been able to check out much or at all before. This included Savannah (Georgia), Charlotte, Atlanta, Jacksonville, and Orlando. Savannah and Charlotte in particular have a bit of Southern charm (e.g., architecture) and I was also impressed with Kat and Guy’s neighborhood in Atlanta as well.

Lastly, Goofy’s Race-and-a-Half Challenge went surprisingly well and was a lot of fun, but that is another story. It was also great to see Craig at the race as I hadn’t seen him in nearly three years.

Hmmmm, perhaps 2009 didn’t start out too shabbily after all.