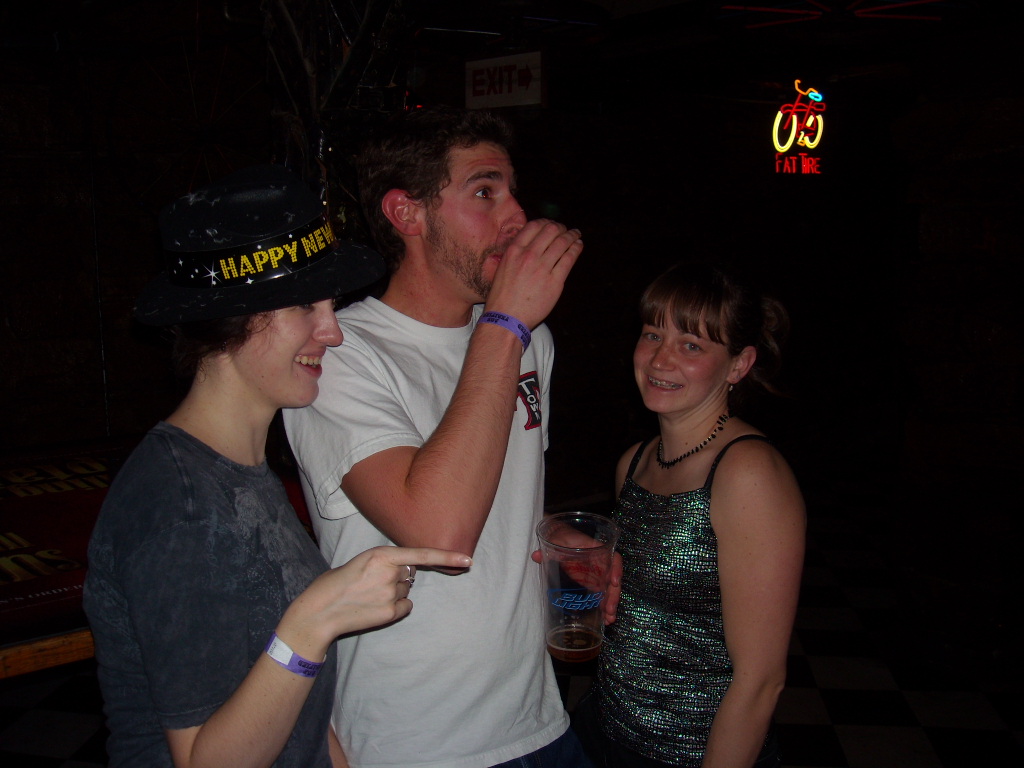 From passion parties to roller skating to karaoke to tango, it seemed like gal-pals Ryan and Tanya and I had figured out all sorts of ways to have fun at night over the last year. It may be a surprise, then, that we’ve never gone bar hopping before, defined as “going to more than one bar in a given night.” Happily, then, today we had some good excuses to do so: (1) it was a new year and decade, and (2) it was our buddy Jon’s birthday.

Well, sort of. His birthday was actually a few days ago but that’s just a technicality. So we met up past our normal bedtimes at a new bar in Old Town Fort Collins called Bondi’s (formerly Zydeco’s) along with Kitty, Liberty and Louis (and Brad for two minutes) while downing beers and trying somewhat successfully to talk over rock music being piped through 15″ speakers.

Then, we mooseyed a few blocks over to Washington’s where the average age seemed to be closer to Taylor Swift’s. Of course, we still had fun, especially because we were able to play pool there while Ryan and Tanya tried to distract our shots with their tatas, something I think neither Jon nor I ever get tired of.

Finally, we went downstairs to shake our booties to some hip-hop. While both Ryan and Tanya mentioned that this was not exactly the type of music they know how to dance to, plenty of the patrons were just standing around on the dance floor so R & T looked really good by comparison. We stayed there long enough to experience some temporary hearing loss while our hair was being tussled around by the gazillion watts of bass thrown out of massive woofers, and the b-day boy (who was given clearance to drink as much as he’d like as Ryan was his designated driver) was able to drink a couple shots.

It was a fun way to start the new decade. Happy birthday Jon!

Just checking in to see all you've been up to (I see you're as speedy as usual, your Turkey Trot 5k times were so fast- especially when you claimed you haven't been running!) and wish you a happy New Year. Your trip to Mexico looks amazing.